I think deep down everyone enjoys a city builder. It's a simple concept with simple rules and a simple goal: make your city the biggest it can be.

Of course, with a lot of them the general enjoyment is tarried by free-to-play mechanics and incessant wait times. Pocket City's experience feels premium indeed and it's really rather addictive, too.

Why do you build me up?

Pocket City, as the name suggests, puts a city in your pocket, or at least the ingredients for one. After a quick tutorial, you're on your way ever-expanding and providing everything your little digital residents desire to keep them happy.

At its most basic, you need to balance the building of required zones: Commercial, Residential, and Industry. Don't be too tempted to just slap down plots without thinking, however, as there's a little more to it than that. 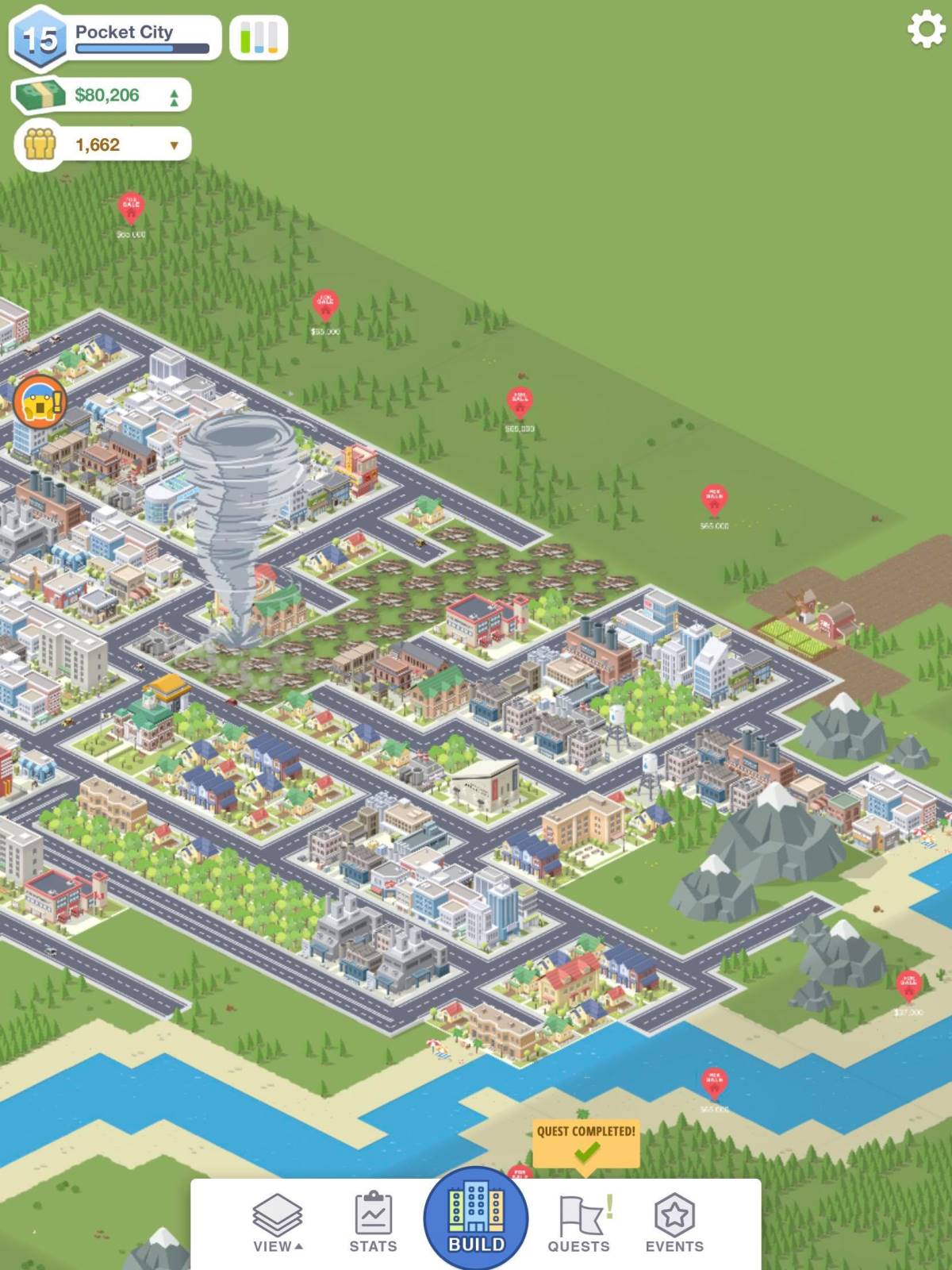 As well as keeping residents in work, housed, and entertained, their happiness comes from how safe they feel, how good the environment is, and the amount of congestion on the roads.

While it may seem logical to slap highways everywhere instead of regular roads to ease congestion, you have to use them strategically since they don't carry power or water to surrounding buildings.

When you level up you'll get a variety of quests to complete, from stamping out crime to building houses by the sea. Each time you put a quest to bed you'll either earn money or sweet, sweet XP.

The higher your level, the more you'll experience crime sprees, fires, and raging tornados that'll rip huge pieces of your town to shreds. Honestly, when that first happened I screamed a little.

Just to let me down

There's actually very little I don't like about Pocket City. Though I've heard some players have had issues with performance and crashes, I experienced none of that on my iPad Pro and everything ran silky smooth.

I did get a little irked by its controls at times, especially when building roads and zones. It's a small request, but I really could've done with an undo button or the freedom to re-place your starting blocks when trying to build instead of coming out to the main menu to jump into the build menu again. 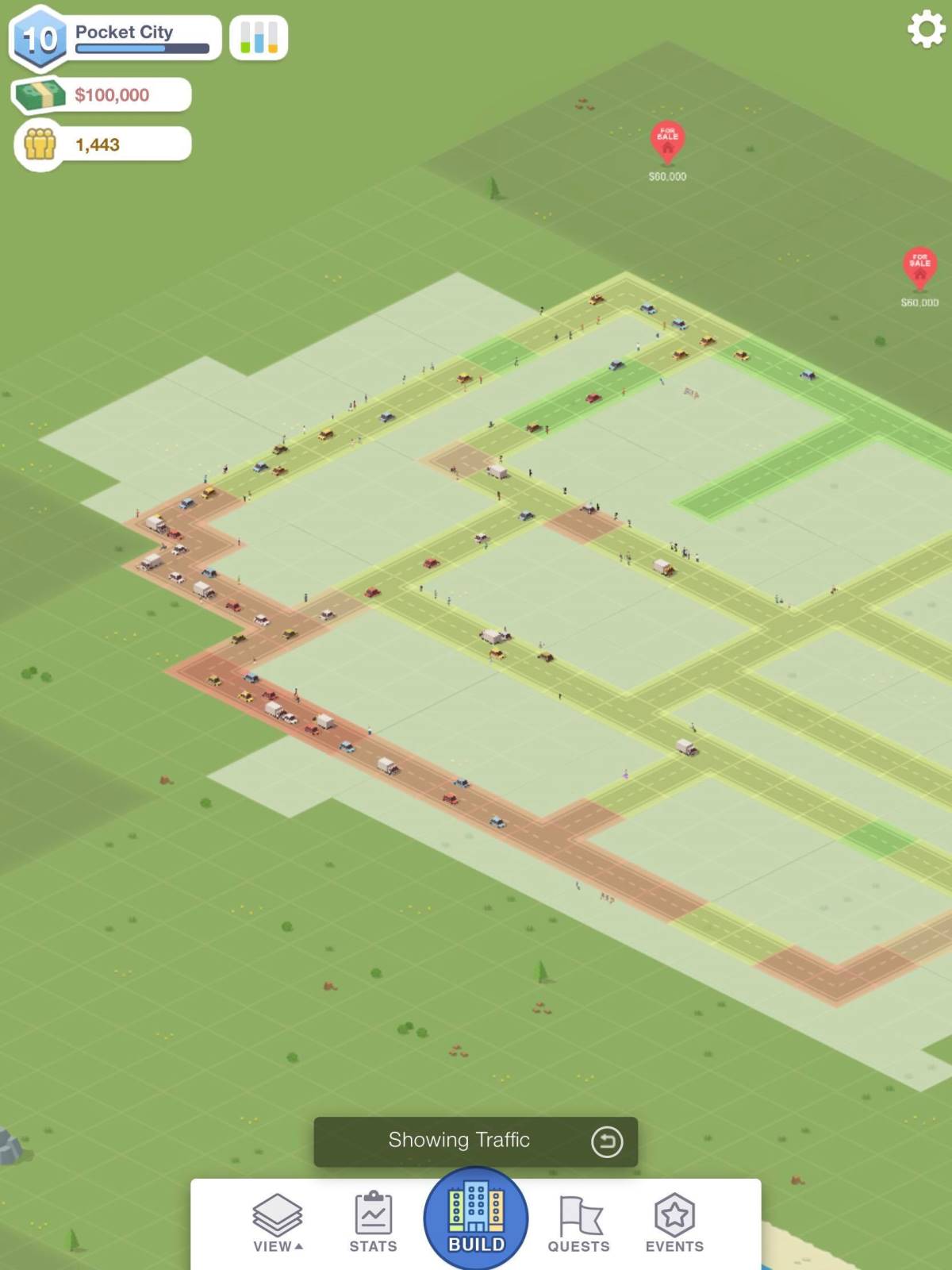 It's also just a matter of time in these sorts of games that it will eventually grow rather repetitive, particularly in its later stages where you're upgrading, demolishing, and re-jigging your city to make everything fit in.

It's slick, fun, challenging at times, and lets you work out those brain muscles to make the most of your space. A happy city is a happy mayor, after all.

SpeedBall! cheats and tips - Everything you need to win every level