An explosive new way to play

Fortnite rolls out a new limited time gameplay mode today, among other interesting new additions in the game’s 5.10 version update. The new mode, Fly Explosives, shifts the way you’ll approach gameplay, and there are of course new weapons and other minors fixes to keep things running smoothie smooth.

The new Fly Explosives mode is what’s got people talking this week, as it introduces jetpacks (which will be usable in other modes, too), explosives and general mayhem to the game. Players can get vertical, adding new elements of strategy and surprise that should be equal parts delightful and frustrating. Players can only find Explosive Weapons in this mode, and Jetpacks in this mode have an increased fuel regeneration rate so that people can play in the sky for longer periods. 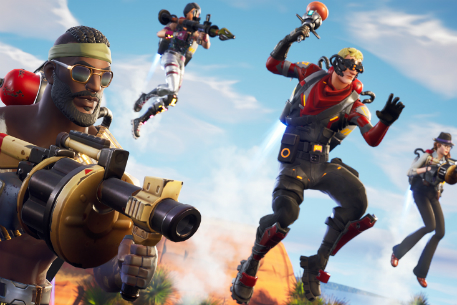 The guided missile launcher makes its return in this update, too, though its power has been lessened a bit for balance’s sake. Save the World gets a new Spyglass Sniper Rifle, which will be available from the store from August 1 through August 8. It’s been a busy month for Fortnite, what with the Summer Skirmish esports competition, the game’s first birthday, and the return of Playground Mode just last week. Fortnite seems like the perfect cure for summer boredom right now.

What have you been making of all of the recent Fortnite updates? Let us know in the comments.

Last-gasp recoveries, a Gilmour victory, and lots of whisky - our Isle of Skye stream had it all