The trash-stealing hole-based puzzler, Donut County, arrives on iPad and iPhone next month

Though you can pre-order it right now!

First touched on back in 2014, Ben Esposito's Donut County will finally be available next month on August 28th. Better still - you can pre-order it right now on the App Store for £4.99/$4.99. 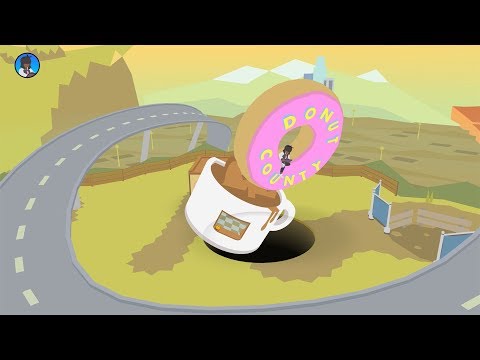 Subscribe to Pocket Gamer on
Jeez, it's been a long ol' wait for Donut Country, but we're super excited to get our hands on it. If you've never heard of it, this is a rather curious story-based physics puzzler in which you play as a hole.

Yes, a hole. A ravenous, ever-growing hole with an appetite for, well, everything. That may sound a bit linear, but there's more to the story than that. After the raccoon controlling one of these holes, BK, falls into one by accident, he needs to explore the environment, combine objects for crazy effects, and more.

Last month developer Ben Esposito took to Twitter to call out the game's clone, Hole.io, after its huge App Store success. Though Esposito took the high road with it all, it's still a rotten business to compete with a free to play version before his premium labour of love has even released.

Still, I've got confidence that the community will come through in support surrounding the game, especially as it sits alongside other fantastic titles like Florence and Gorogoa with publisher Annapurna at its back.

The ultimate guide to Love Island: The Game - Everything you need to know about romance in the sun