Lightning McQueen still won't agree to be in the game

Codemasters has an impressive portfolio of racing games on consoles, but it's also ported some of these games to iOS and Android. One of them is Grid Autosport, which recently celebrated receiving 100,000 downloads from the App Store since it first launched 7 months ago.

The game is pretty much a straight port of the original console game that was released in the distant year of our lord 2014. It's a track racer where you master the various courses in your own Lightning McQueen-esque car. Unfortunately, McQueen refused his likeness to appear in the game.

Grid Autosport is £9.99 / $9.99 on iOS, and given the huge amount of free racing games there are available on the platform, it is quite impressive that the game has found a pretty large following. 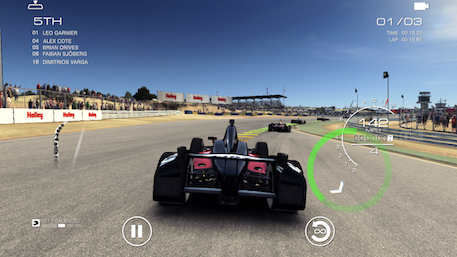 But perhaps it shouldn't come as a surprise since it's a really fantastic game that got our gold award in its review. It will be interesting to see if this momentum will continue to speed past more milestones or if it'll slow to a full stop.