By Jon Jordan
| Jul 30, 2018
iOS + Android
|
Critical Ops
Welcome to the latest in our series of Pocket Gamer columns. We're taking the best games writers in the industry and giving them a platform. Veteran journalist Jon Jordan is here each week examining the trends shaping your mobile games scene. This week, Jon Jordan is pondering esports.

As the inaugural season of the Overwatch League ends - well done, London Spitfire - it provides an opportunity to reconsider the state of mobile esports.

As a long time skeptic when it comes to most esports formats, but particularly mobile, think recent events have demonstrated many of the sector’s challenges. However, even I have to admit, there are signs mobile esports might be finding its own way to its own sort of success.

My main problem with all esports, with the exception of the Overwatch League, is the business model as a spectator sport is just too fragmented to allow all parts of the supply chain to gain a share of the rewards commensurate with their share of the risks.

Broadly speaking, the money comes in from advertisers and is pocketed by the winning esports teams, while the game's developer has an upside because its game gains popularity. Everyone else is fighting over the scraps.

And this is the scenario for the most popular esports titles such as League of Legends and Dota 2. For wannabe titles, trying to build gamer audience and gain support from esports teams, the road to validation is a difficult, expensive slog with the odds stacked against them.

For mobile esports, the situation is even harder; something that's been apparent through the travails of mobile MOBA Vainglory, which is the one mobile game that has attempted to build a fully-fledged esports organisation.

Developed by an experienced team, well financed, and with strong support from the likes of Apple, which has featured Vainglory a number of times in official TV ads including its current iPhone X Unleash campaign, Vainglory has struggled to find a sustainable foothold in the esports world.

Early success through the formation of the Vainglory World Championships, and regular inclusion in third party events such as Amazon’s Mobile Masters, has been tempted by the recent departure of high profile esports teams including Cloud9, Team SoloMid and SK Gaming as the professional game switches from 3v3 to 5v5 gameplay.
Aside from esports activity, the game hasn't generated a strong general gaming audience either, something that's underlined by the announcement of a PC/Mac version.

Instead, the two mobile games with the best claim to have created a successful esports business - Arena of Valor (aka Honor of Kings) and Clash Royale - are operated and funded by two of the most profitable mobile game companies; Tencent and Supercell, which is owned by Tencent.

The ability to pump tens of millions of dollars into your esports initiative isn't a great example for sustainability for other aspiring mobile esports companies to follow. But some are finding their own, less expensive, way to gain traction, and they’re using mobile gaming’s greatest advantage to full effect.

The rise of mobile games has always been based on accessibility. Everyone has a phone, and hence everyone can download and play games. 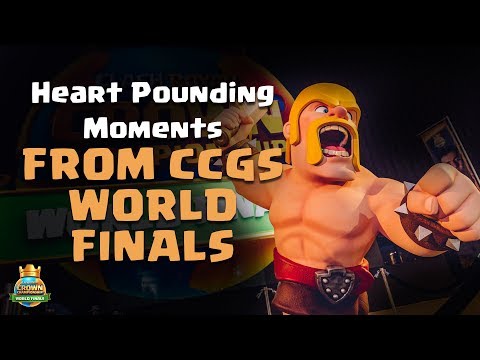 In this way, the route for mobile esports is much more bottom-up compared to the top-down approach in terms of all the investment and partnership required to set up say, an Overwatch League or a Clash Royale Crown Championship.

Similarly, while mobile esports may have championships in physical locations, most activity is much more about building a regular cadence of online events that all players, not just professional teams, can enter.

Indeed, one strong element of mobile esports is most games aren't team-based in terms of gameplay, or if they are- like Counter-Strike-esque shooter Critical Ops - the teams often are ad hoc groupings.

In this way, mobile game companies have co-opted the term 'esports' in a very loose way, using it to cover everything from PC-style esports tournaments to regular leaderboard competitions, time-limited events and real-money skill-based tournaments.

And it's in this context that mobile esports will eventually find its success. Not on the stadium-sized screens of thousand seater arenas and backed with thundering music and pyrotechnics, but on five-inch screens in bedrooms the world over.

Round Space review - An endless runner with an angle