Simple dungeon-crawling card games are all the rage on the App Store right now, and when they're done right they can be incredibly compelling. That's certainly the case with Mind Cards.

It's far from the most complex or original game in the world, but it lets you duke it out with monsters in short bursts that are perfectly suited for mobile play.

Throw in some tough challenges and a deck of cards that keeps getting bigger and tougher, and you're on to something special.

The game plays out in a grid. Each of the eight spaces on the grid is a card you need to get rid of. There's a deck in the bottom right corner, and you're aiming to get rid of it all before you die. That's easier said than done though.

Along the top of the screen are numbers representing your health, your food, and your gems. You need health to stay alive, and fighting monsters will take a chunk out of it. You can refill it with health potions if and when they pop up though.

Every time you play a card by tapping on it you'll lose one piece of food. When you've used it all up, playing cards will start costing you health. Again, there are food refills in the deck. 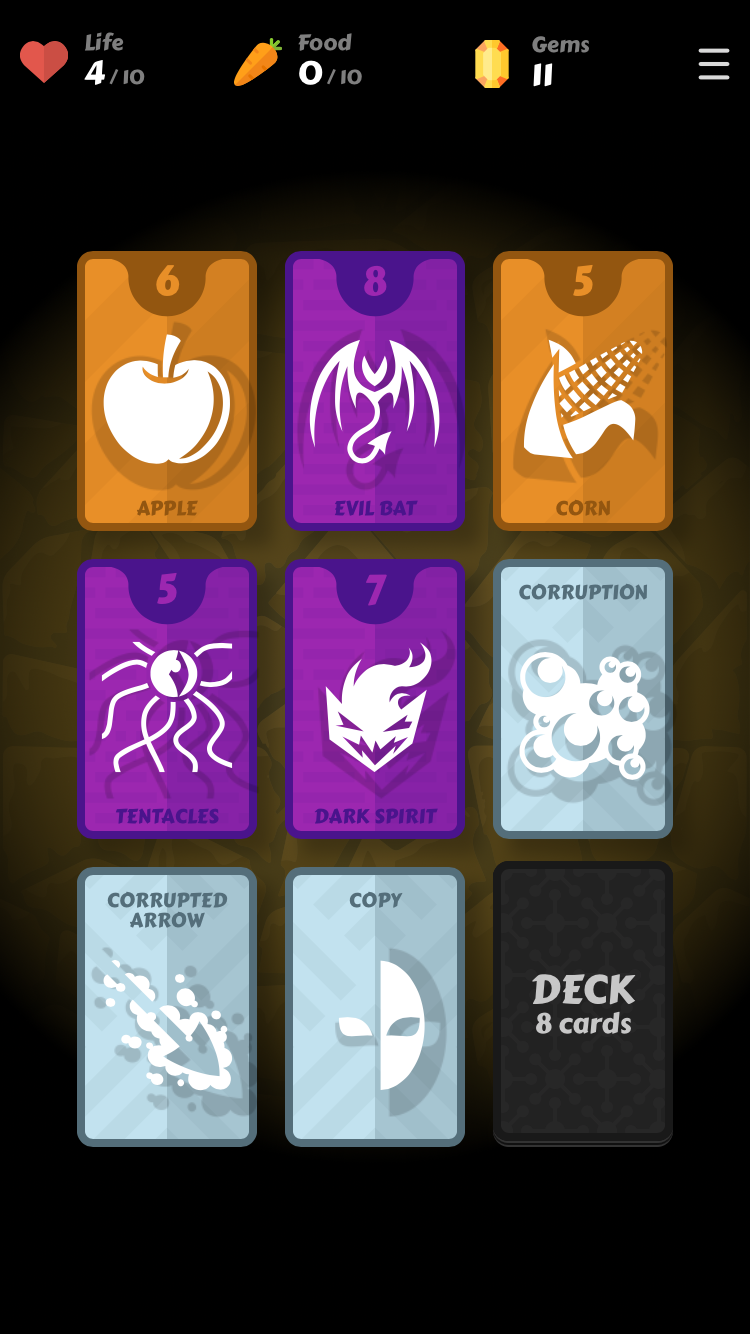 Your gems are spent on drawing new cards from the deck. No gems? It'll cost health then. The coins and glittery things you collect add to your points total at the end of the game, and you can spend them on new cards to shake things up.

It's a really interesting concept, and a game usually lasts no more than a handful of minutes. But the thing that holds the game together is the challenges. You get one of these at once, and completing them gets you big rewards.

Some of them are easy, some of them are really tough, but they give you a reason to keep jumping back in. And that's exactly the sort of loop a game like this needs.

There's not the depth here of some other card games, but Mind Cards gets the illusion of depth spot on. You're pushing on to achieve things, even though all you're really achieving is unlocking another challenge.

It won't be the sort of game that we're talking about for years to come, but it'll fill up some time and leave you with a smile on your face. And sometimes that's worth a lot more than a revolution.

A light but compelling dungeon stumble with a lot going for it
By Harry Slater
| Jul 26, 2018 |
iOS
Find out more about Mind Cards

Surgeon Simulator smashes its way onto Switch this Autumn