After actually watching Love Island, I finally understand the appeal. Sun, sweat, drinks on the sand, all the makings of a picturesque getaway, tucked away with attractive members of the opposite sex. And the same sex too, just for good measure.

It all sounds wonderful, perhaps even too good to be true, but those who are looking to experience Love Island for themselves - and don't want to apply for next season - can check out Love Island: The Game right now.

While it might not be exactly the same as jetting off to a foreign country, you can combine the game with the current UK heatwave. Simply sit outside and pretend the arid desert conditions that global warming has wrought are actually a nice beach. 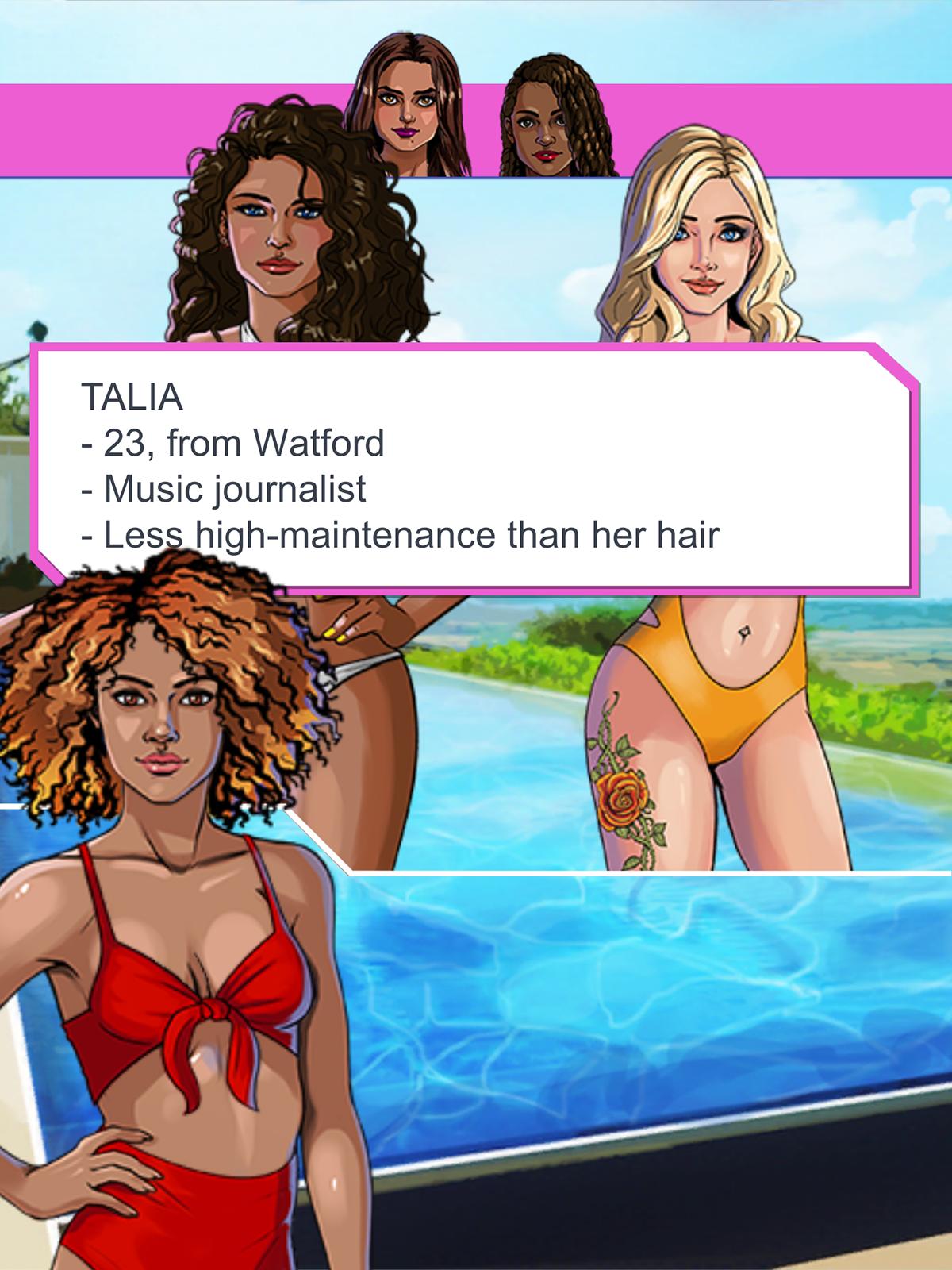 Once you're in the game, you will create your own female protagonist, and things slowly start to play out in a manner similar to the show.

First you'll be introduced to your fellow girls, a crew of high-maintenance archetypes. We've got the super friendly one, the narcissist, the super unfriendly one, you get the idea, the whole crew is here in force, all rocking bikinis to catch the eyes of the guys.

And when it comes to the guys, we've got another line up of masculine stereotypes. Their quirks seem to be along the lines of being slightly pathetic, being a momma's boy, being stupid and so on. Their characters are more fully fleshed out than the ladies of the game though, since you'll be doing a lot of talking to them.

Unfortunately, you won't be seeing Love Island's fun challenges replicated in the game - which is a shame, a few minigames wouldn't have gone amiss - but what is here, is a really surprisingly competent visual novel experience. 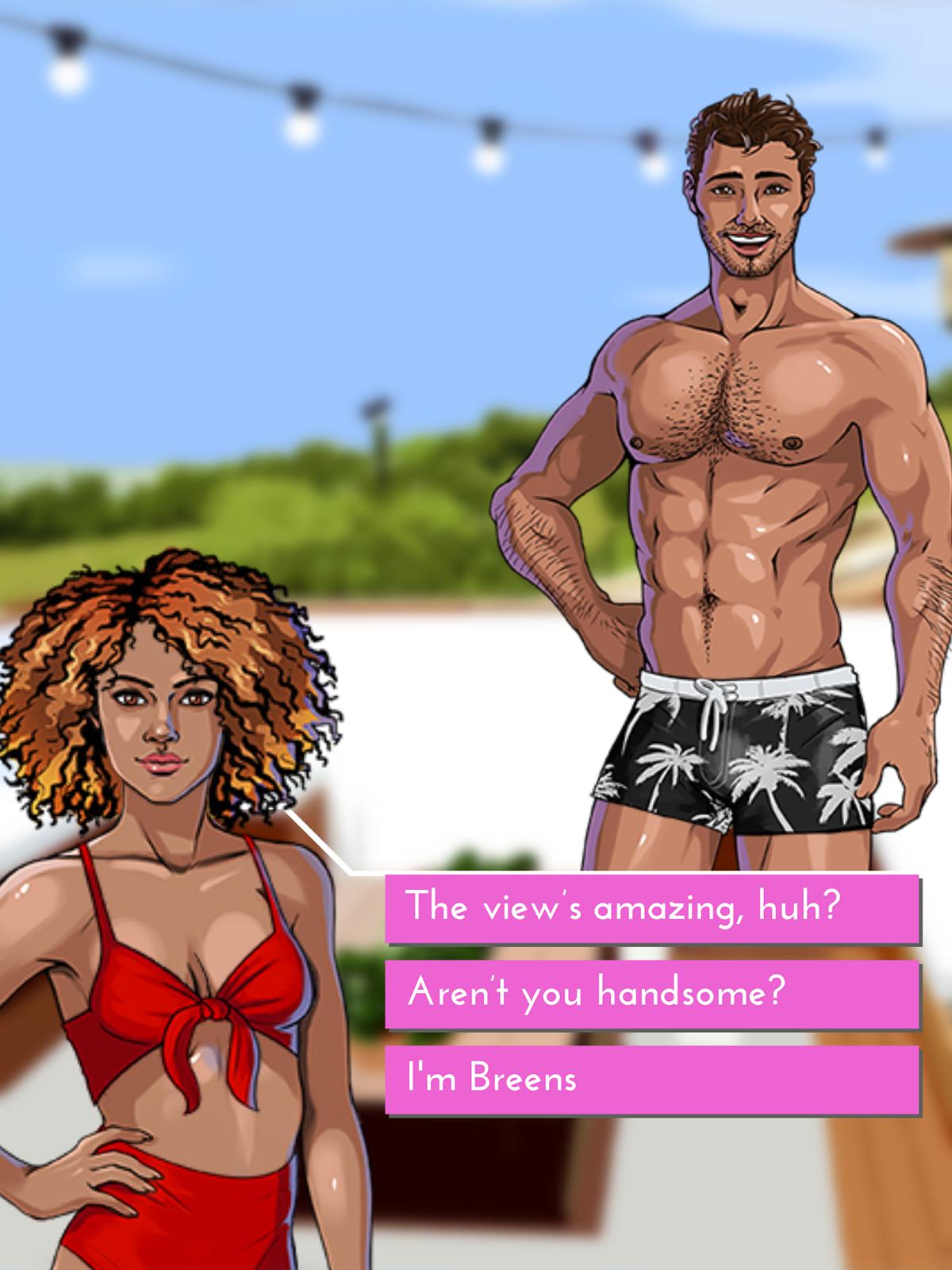 Narrative driven experiences are rarely geared towards fans of popular TV shows, but given the target audience, everything makes perfect sense.

If I were a discerning visual novel fan with snobby taste, I might say that Love Island: The Game is a terrible attempt at the genre, with poor writing and some two-dimensional characters. But I've watched the actual Love Island, and at least on a surface level, that seems to be the intended aesthetic.

Not to disparage Love Island or anything, but it's a show that centres around putting emotionally vulnerable people in increasingly awkward situations to cause and publicise drama. And it's wonderful entertainment, but doesn't exactly make for the best video game setting. 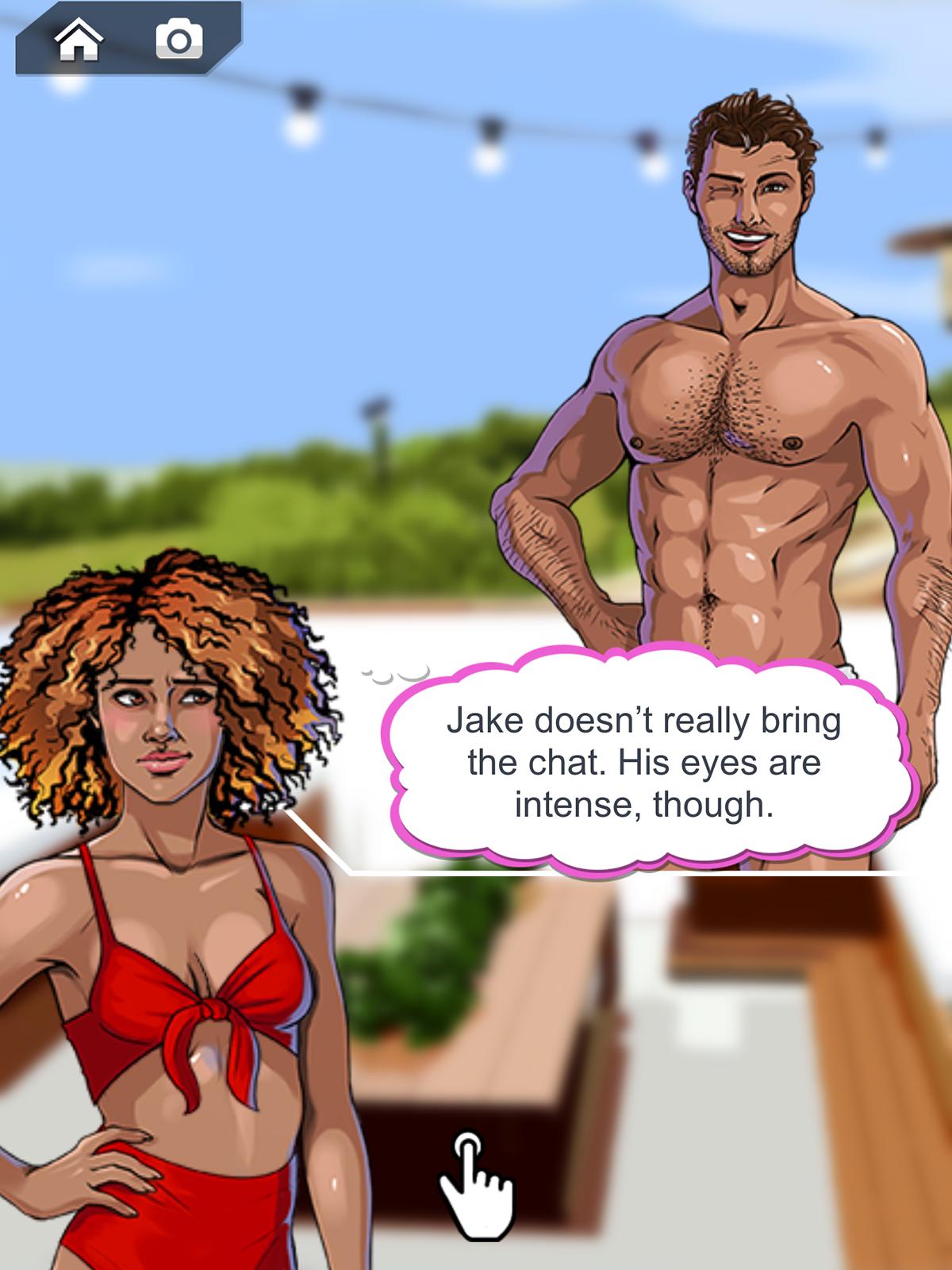 For some reason, there's a part of me that's just weak to messing with digital people. Whether it's in a Telltale game or Until Dawn, give me an opportunity to meddle in affairs and, oh, I will meddle.

And here it's just as delicious as it is in any other game, even with girls accusing you of spreading gossip or flirting with their man, as you might expect.

When it comes to getting a man yourself, well, it's not compulsory, but certainly one of the game's goals. You can even tell the other girls in dialogue options that you're not looking for love, just a nice holiday, but it's hard to resist being a bit of a flirt.

You'll have plenty of opportunities to sneak boys a cheeky wink or strut your stuff which might make them approach you, and when you've got a lad wrapped around your finger you can "graft" on them, at the cost of gems, which is like flirting, I guess, and you end up with some extra dialogue scenes and some alone time. 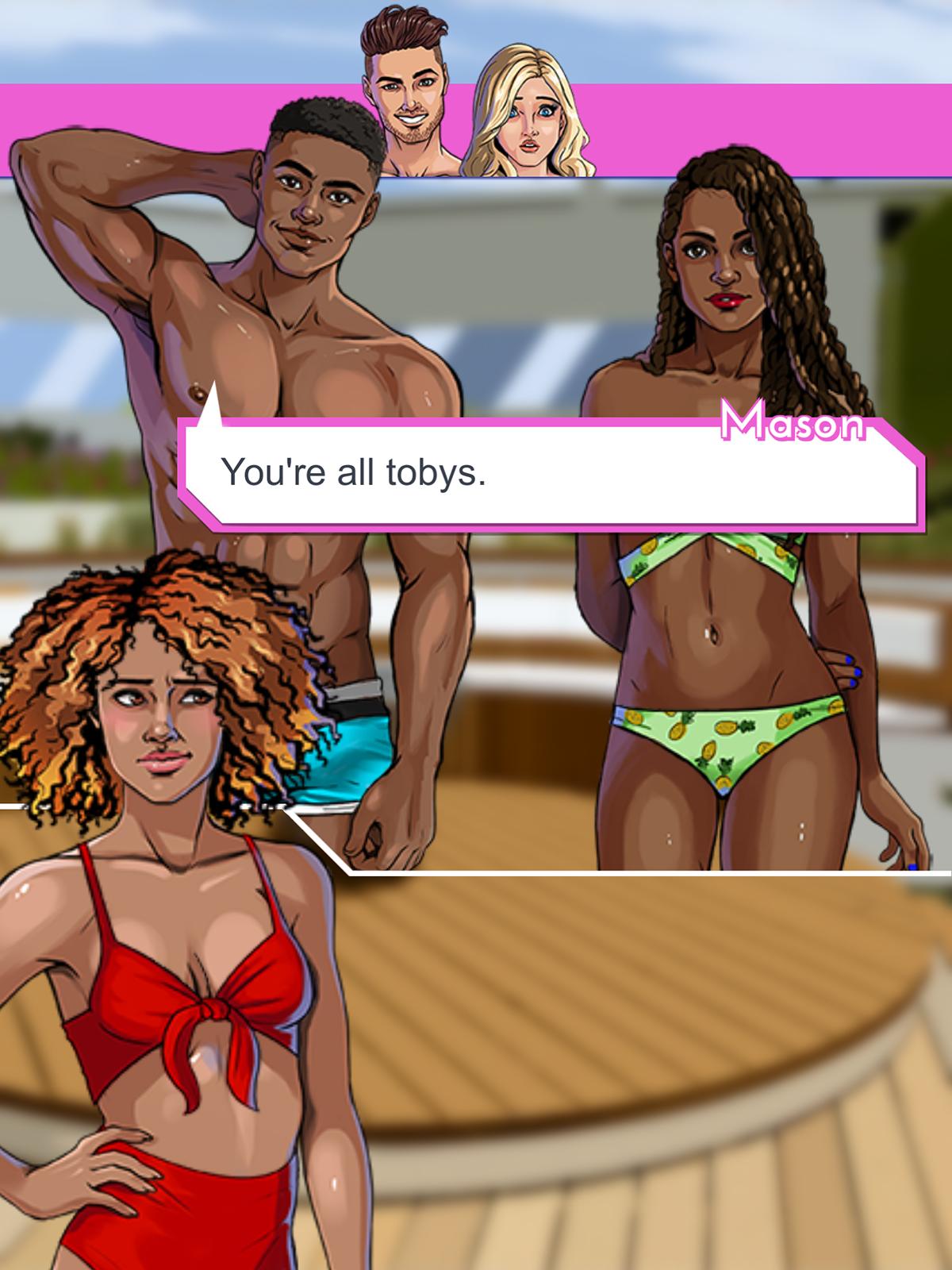 At this point you might be asking yourself if it's worth downloading Love Island: The Game. And to that I say, sure, why not. I mean, it's not an incredible experience, it won't floor you, but some cringe-worthy dialogue and laughable scenes kept the game entertaining in a completely unironic way. Somehow.

Want more? Check out our growing collection of Love Island: The Game articles!

Harry's hot takes: 5 things from Love Island that should appear in Love Island: The Game