739 million zombies have already been killed in The Walking Dead: Our World

That's a lot of dead zombies

Just a week after it's release, The Walking Dead: Our World is showing off how well it’s doing with a nice looking infographic.

On average, people's playtime is 37 minutes per day, and 7 sessions per day. For a game that encourages you to go outside and explore, I would have thought the playtime would be higher. 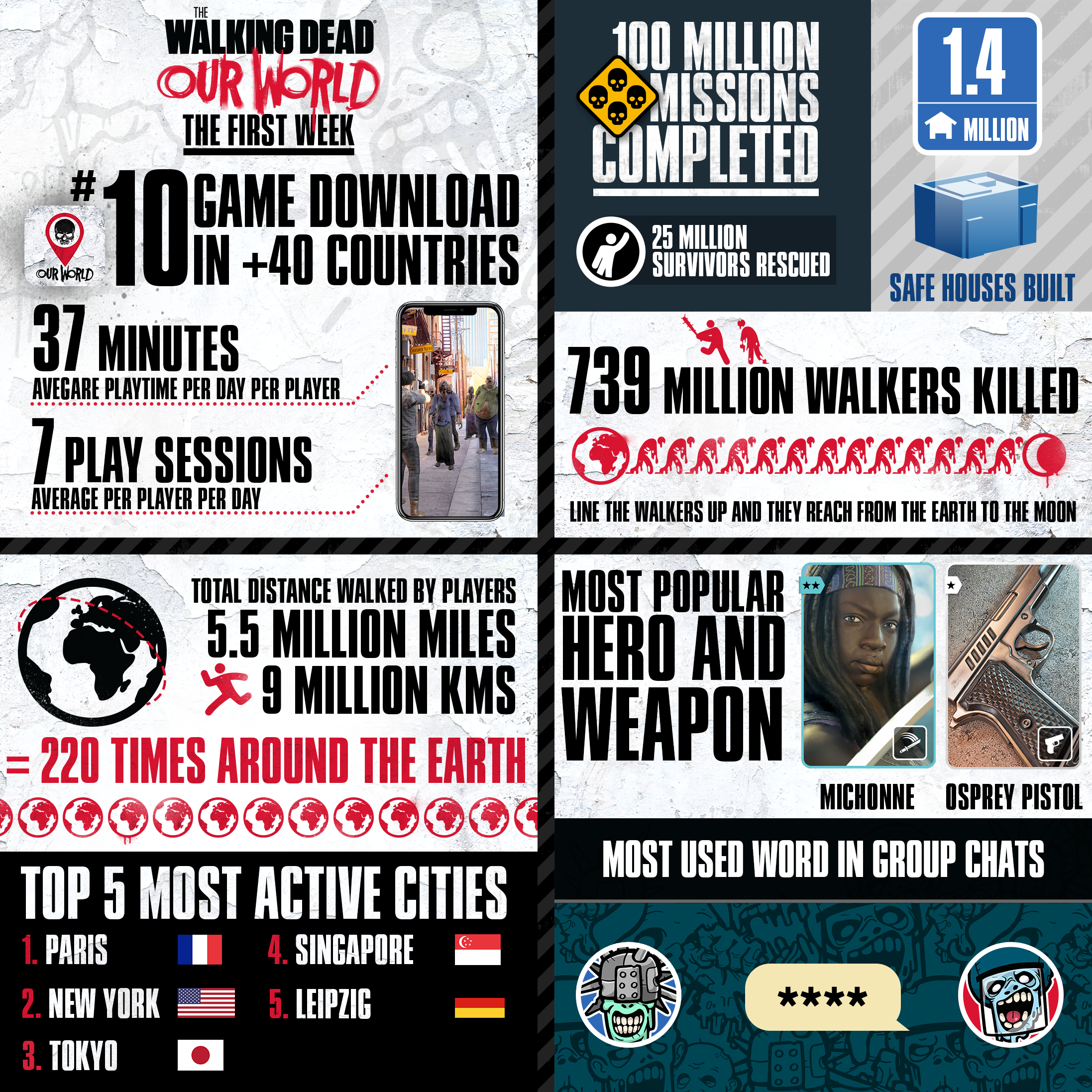 Perhaps I'm surprised since the game's closest comparison is Pokemon Go and people were playing that for hours on end when it was first released. Although it’s kinda unfair to compare the two, this game was never going to have the same cultural impact that Pokemon Go did.

Despite this, the game does seem to have done pretty well for itself, as the infographic shows, it's in the top 10 downloaded apps in over 40 counties. So, it might not be the next Pokemon Go but at least it's gained some traction with fans.

If you want to find zombies shuffling around in the real world then you can get The Walking Dead Our World for free on iOS and Android.

Want more? Check out our growing collection of The Walking Dead: Our World news stories!

The Walking Dead: Our World is getting TV show tie-in missions

Get ready to take out Walkers in real life when The Walking Dead: Our World launches in July