Columnist Jon Jordan on what's next for Apple's marketplace

By Jon Jordan
| Jul 16, 2018
iOS + Android
Welcome to the latest in our series of Pocket Gamer columns. We're taking the best games writers in the industry and giving them a platform. Veteran journalist Jon Jordan is here each week examining the trends shaping your mobile games scene. This week, he's considering what's next for the App Store.

The App Store has hit a difficult age.

No longer a toddler, whose cuteness and potential overshadows all the food-throwing tantrums, potty training and ballet lessons, it's now tottering on the edge of tweendom.

In other words, it needs to sit down and have a serious think about its future.

Of course, there's much to look back on and celebrate. Its ten years of existence have helped the mobile games industry grow from nothing to the largest single segment of the entire games industry: worth anything from $50 to $70 billion annually, depending on which analysts you believe.

But what's really been significant about this process is how it's emerged organically from how developers and users have interacted with the App Store, rather than being the result of how Apple expected (or even wanted) them to behave. 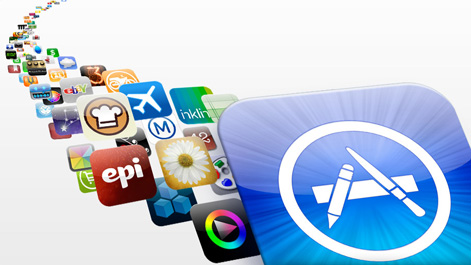 Infamously, despite games quickly becoming the most popular and lucrative part of the App Store, the sector - especially free-to-play games - has never received an appropriate level of support. Steve Jobs' attitude towards games has left a long shadow.

Indeed, for all the talk about how the App Store's most important attribute was its open availability for developers willing to spend $99 a year, or frictionless distribution for users, it was the introduction of games (and apps) that were free to download but which could charge for additional content that was the spark which lit mobile gaming's (and by default the App Store's) blue paper fuse.

That's clear to see when considering how the trajectory of App Store revenues changed between 2008 and 2012 (growing steadily) and how they changed from 2013 (the proverbial hockey stick).

Lest we forget, 2012 was the year mobile games such as Clash of Clans, Puzzle & Dragons and Hay Day were released.

Not the only game in town

It's also important to acknowledge that while the App Store was (and in many senses remains) the pre-eminent mobile app store, the success of mobile games and apps has in more recent years been supercharged by the Google Play store and other Android marketplaces.

To some degree, this is down to sheer numbers. Because the flexibility of the Android OS enables OEMs to make devices priced from $50 to +$1,000, there are a lot more Android devices than iOS devices.

As a result, Android devices and the Google Play store (or local equivalent) is a much more important player in the high population, high growth markets of Southeast Asia.

Throw into the mix the ability to download Android apps over-the-air directly via a web link and Google's greater ecosystem openness, along with the ability to let developers test and iterate their products very quickly, and it's tempting to see the App Store as something of legacy component; functional and familiar, but not very exciting unless you're heavily planted within the entire Apple walled garden.

In this context, its greatest advantage remains its ability to connect app developers with the richest people in the world, hence the higher ARPU iOS apps generate compared to their Android equivalents.

Yet, aged 10, as we look to the future, the die is not fully cast. The App Store can reinvent itself but it won't be easy, especially in its current incarnation.

And that's why the ideal solution would be the launch of a brand new App Store - faster, better, more flexible, more personalised - perhaps just supporting iPhone X-class hardware and beyond. After all, Apple software is nothing if not a way of supporting and promoting its own hardware.

This approach would also enable Apple to better support the technologies of the future such as AI, AR/VR, blockchain, voice-activation and the rest.

Because, as it stands, I'm not sure Apple's current topdown approach of making the App Store a heavily editorialised and curated experience really actually adds much to the… well, to the experience.

In other words, happy birthday and good luck. It's time to grow up.

Get your hands on Super Smash Bros. Ultimate at NintendoUKVS Live in London next weekend