Celebi makes its grand debut in Pokemon GO this weekend

But when will it be released worldwide?

As many predicted, Celebi, the Generation II Legendary Pokemon, made its first appearance in Pokemon GO at Pokemon GO Fest in Chicago this weekend. The mythical forest-dwelling Pokemon is currently only available to event attendees, but expect Celebi to go worldwide in coming weeks. 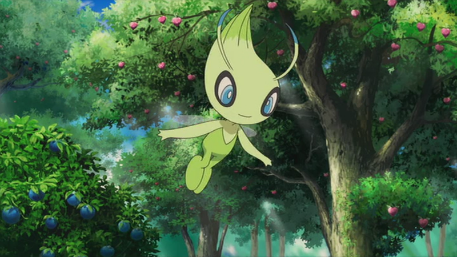 Players have been catching Celebi through a fairly complex series of research challenges. Rather than a simple gift, as was the case with Lugia this year, it looks like trainers will have to work to earn Celebi. Players need to spin PokeStops, earn a Buddy Candy and catch 15 Pokemon in the first step in the process. But that’s just the beginning. Steps two and three see trainers catching 10 Pokemon for six specific types (60 Pokemon in total), catching seven Unknown, and other obstacles.

We might have to wait a little longer for Celebi to go live outside of Pokemon GO Fest. We were treated to Lugia a bit early last year as Niantic fought to do damage control for the fiasco that was Pokemon GO Fest 2017. Things are going a little more smoothly this time around, fortunately.

Did you make it out to Pokemon GO Fest this year? Let us know about it in the comments.