With a few Legendaries in the mix

The data miners over on The Silph Road are at it again, uncovering a new batch of Pokemon that could be coming to Pokemon GO in the coming weeks. Well-known Reddit user Chrales uncovered the new Pokemon sprites this week in a livestream, and Reddit user JANKA_lml compiled them into a handy infographic (below). 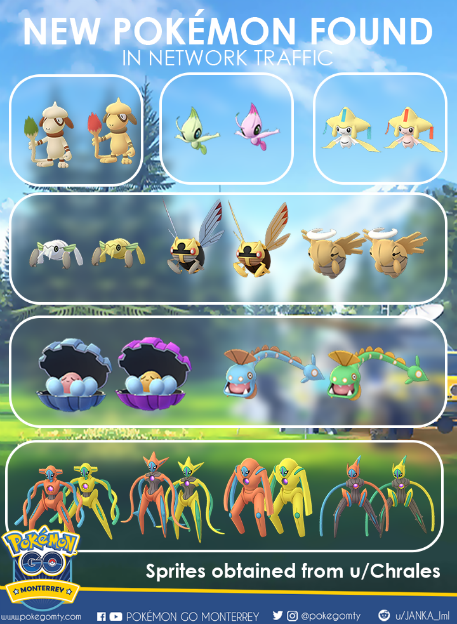 A smattering of Generation III Pokemon were unearthed in the latest data-mining attempt, including Nincanda and its evolutions. Jirachi and Deoxys (in all four of its forms) could also be making their Pokemon GO debut relatively soon.

While most of the second-generation Pokemon have found a home in Pokemon GO, Smeargle has still been missing, though that could be resolved shortly. Celebi, too, was uncovered in the data-mine. Indeed, Niantic themselves have been teasing the impending release of legendary Pokemon Celebi recently, so it’s nearly a sure thing at this point.

Niantic has been stingy with the specifics, though Pokemon GO Fest is happening this weekend in Chicago. It’s worth noting that Niantic released Lugia into the wild at last year’s Pokemon GO Fest, so be on the lookout for Celebi this Saturday.

Switch might not be the right platform for the Yakuza series