When I took over at New Star United, they were a team on the brink. Out of the top four divisions, struggling to make ends meet. No one thought I'd last long there. Oh but how I have proved them wrong.

Almost 20 seasons into my career, I've won every piece of silverware the top of the beautiful game has to offer. I've done the treble, missed out on the quadruple by the width of a post. I've beaten a Barcelona analogue 6-1 in the champions league final.

I've spent 300 million on players, started the careers of some of the brightest young stars playing right now. And, despite the fact I've spent more than 72 hours of my real life playing the game, it's unlikely I'm going to stop any time soon.

The game is an extension of the New Star Soccer formula. Rather than just controlling the career of a single player, here you're in charge of an entire club. Not just the players, but the infrastructure as well.

You need to keep on top of your striker's match fitness and the number of tickets you're selling on game day. You need to sign sponsors while also keeping the somewhat pernickety and forgetful fans happy. 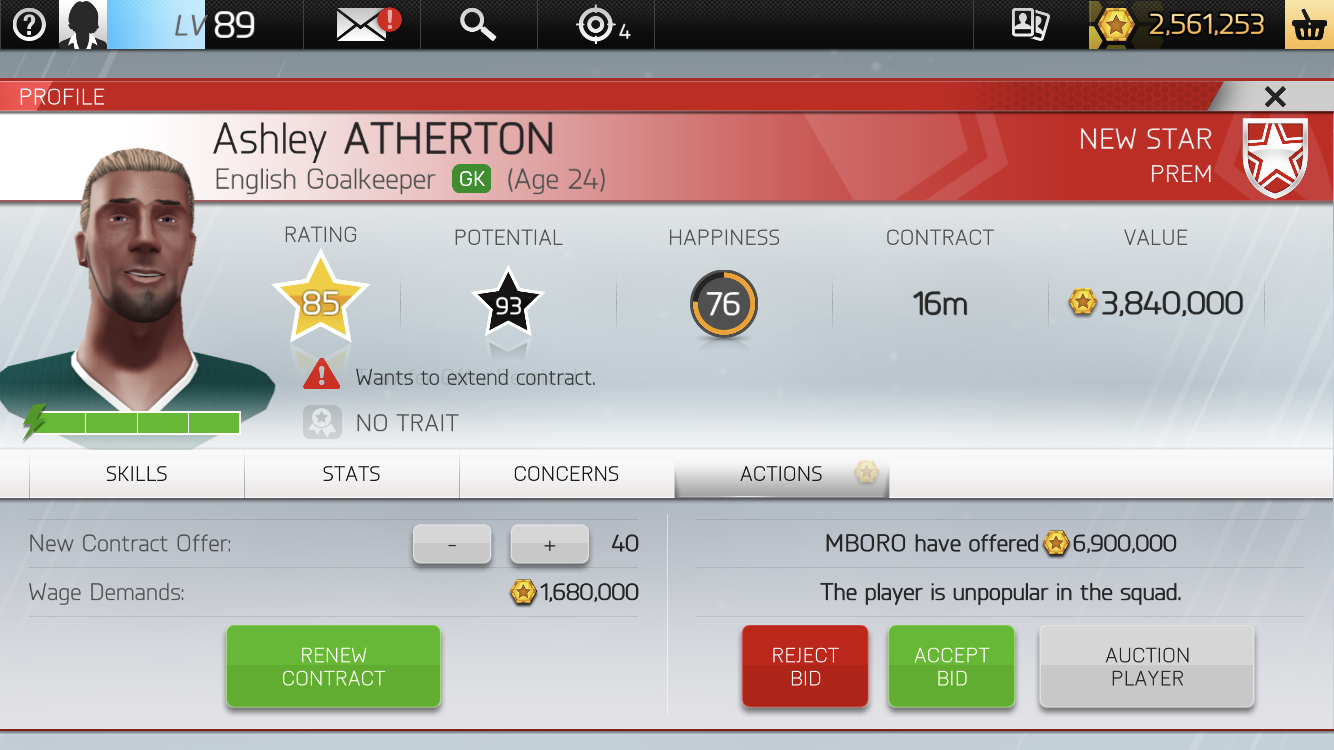 Then it's match-time, and anyone who's played NSS will feel comfortable here. Where most of the kick about flies past as strings of text, when your team is attacking things switch to a top-down view. 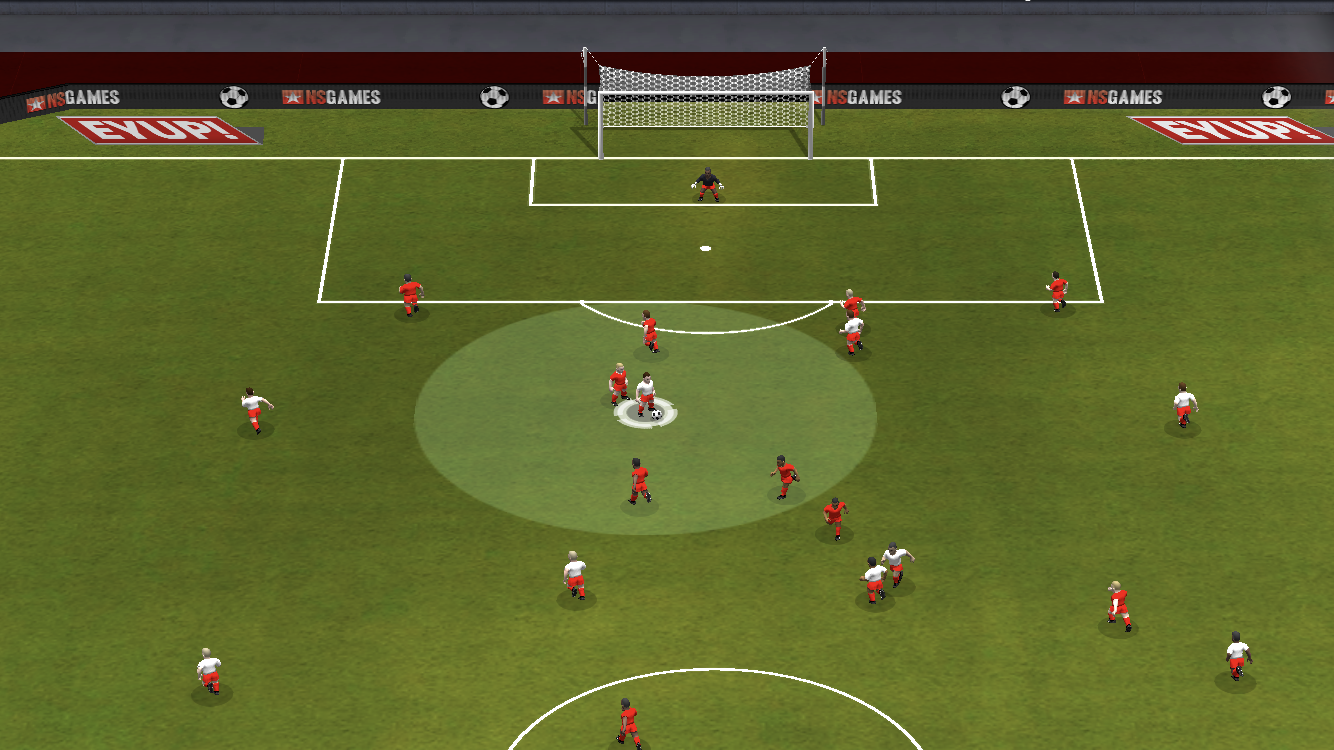 You pass by tapping on different players, and you can run by dragging back on the little men. You need to find space, link together a few passes, and get the ball in position so you can strike.

Then the view changes again, and a ball rolls onto the screen, the goal open and yawning behind it. Tap the ball to strike, and hope that you see the net bulge rather than a last-gasp dive from the keeper to nudge the ball behind.

There's so much more that I could talk about. The replays? The dilemmas? The press conferences? Everything here pushes you on, pushes you deeper, and forces you into making choices that can change the future of your team.

The real thing that deserves praise here, beyond the intelligent mechanics, is the way that the game sinks its claws so deeply into your flesh. One more game is never enough. Ten more games is rarely enough.

I've sold my best players because they didn't gel with the rest of the squad. I've ignored the orders of the board and kept youngsters on to see how far they go. I've let contracts run out and muttered good-riddance as the bad eggs tweeted their anger at me.

And I have loved every second of it. Every heart-breaking last second loss, every rampant charge to victory. New Star Soccer Manager is a game of wonderful poise, utter compulsion, and shows that strategy management games don't need to bristle with hardcore pride to be spectacular.

New Star Soccer Manager takes the frame of the original game, and builds something utterly wonderful on top of it
By Harry Slater
| Jul 11, 2018 |
iOS
Find out more about New Star Manager