Control is all in the mind

Mind Blast wasn't a card seen much prior to this rotation. But the combination of a slow meta and some new cards created this bizarre one turn kill Priest deck.

It's bizarre because it sometimes takes more than one turn.

But a slew of defensive cards combined with Anduin's devestating hero power makes it hard to come back against.

It's an expensive deck, and unfortunately that's just the way it is. Most of the big cards here are essential pieces of the puzzle.

If there are cards to swap out, it's mostly the odd epic you can do without. The deck will run okay with one copy each of Psychic Scream and Primordial Drake. But it's best with both. Cabal Shadow Priest is more losable, but it's only one card. 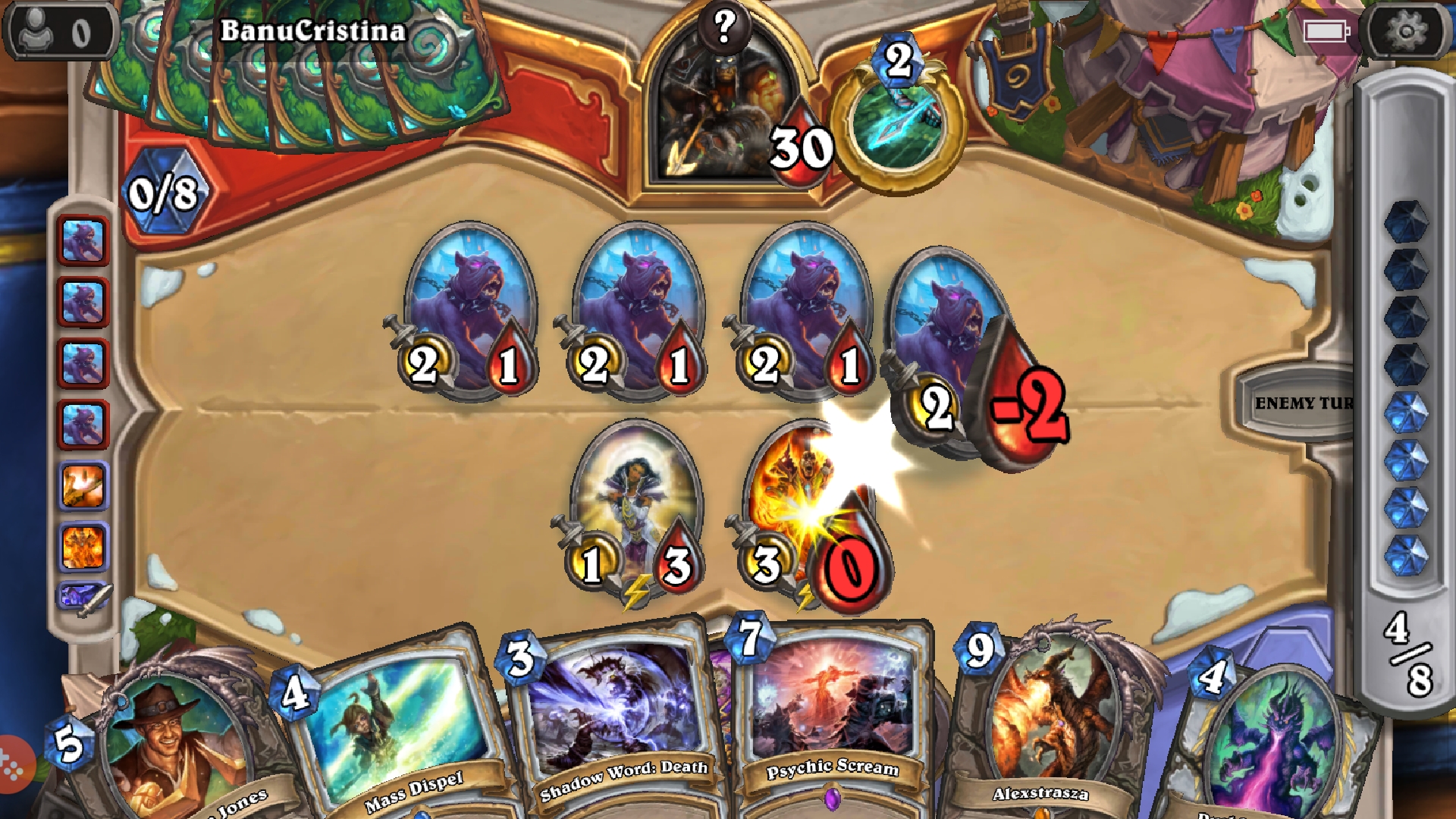 In terms of cheap replacements, Spirit Lash is pretty good, especially with all the token decks in the meta right now. Scaleworm is also a possibility, as is a second Power Word: Death.

There are some more expensive cards that can fit it, too, if you've got them. Chameleos is a handy spy on your opponent's hand. Skulking Geist is also popular, although it's becoming less useful as the meta shifts. Similarly, some builds also run Harrison Jones, although weapons are less common than they once were.

In most cases, your mulligan is pretty simple. Look for Northshire Cleric, Wild Pyromancer and Power Word: Shield. Having two is great: the Cleric followed by the Shield (especially on a coin) is a great opening.

Duskbreaker is also a keeper if you've got a dragon to power it. 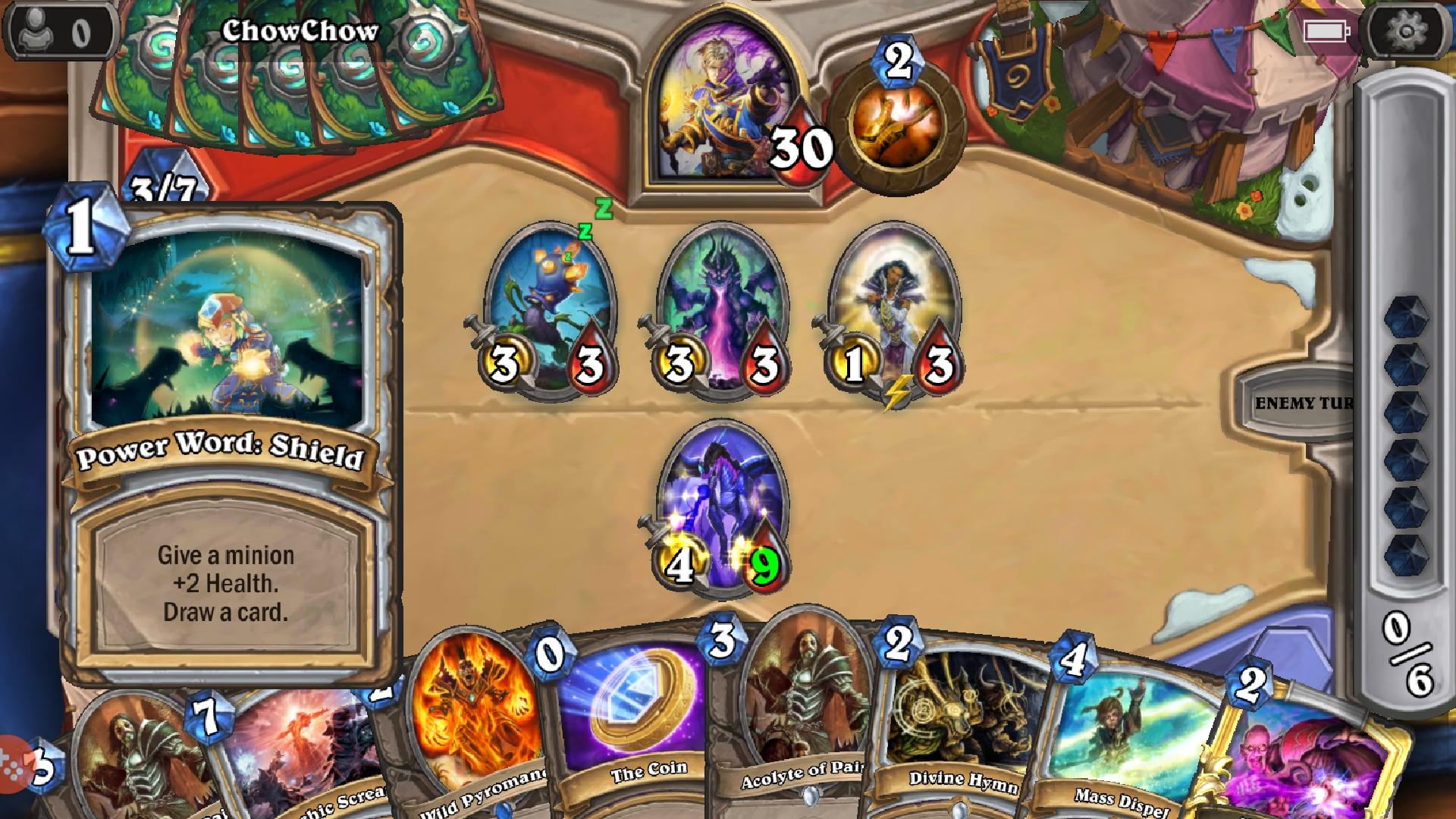 These are great against aggressive or mid-range decks. If you're up against a slower control deck, especially a Warlock, also watch out for Shadow Word: Death. It's a lifesaver.

If you think you've got time in a control matchup, you can also hang on to Shadowreaper Anduin as a handy board clear and part of the win condition.

This is a combo deck, and it's stuffed full of defence to keep you alive while you wait to draw the combo pieces you need.

For the first turn or two, you can rely on your hero power for defence. It's worth trying to keep your health topped up as much as possible because eventually you'll replace that healing hero power. You'll miss it when it's gone.

There's a huge amount of area damage available to you, and you should use it to keep board control as much as you can. Early on, Wild Pyromancer is useful for clearing tokens. It can also power card draw combined with Acolyte of Pain and Northshire Cleric.

Into the midgame, Twilight Drake is a stalwart friend. It won't win you the game, but it's great for taking out enemy minions. Its big health total means you can heal it to keep it around for as long as possible. 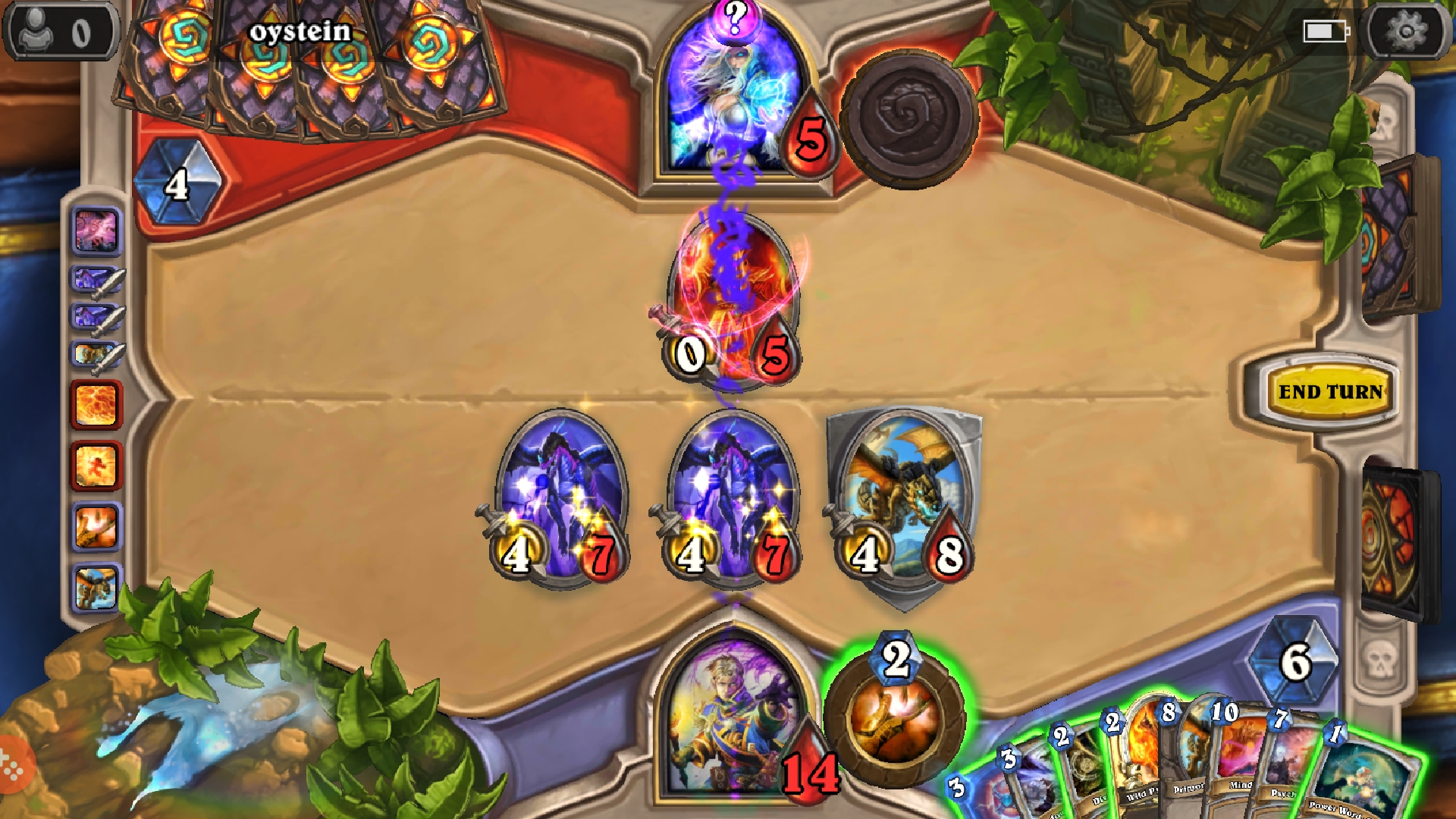 Your big tool, though, is Duskbreaker. It will pretty much clear out any early or mid-game boards and leave you with a minion to boot. Divine Hymn will help keep everything on your side of the board alive.

Later on, Primordial Drake will wipe out small minions as well as working as a handy speedbump. Psychic Scream is also a fantastic workhorse. Not only does it clear the board, it slows down your opponent's draw, too. Beware of using it if it sucks up a helpful battlecry that'll repeat, though.

Shadow Visions can help with your win condition by copying Mind Blasts. But don't be afraid to use it to copy spells that help keep you alive, too. After all there's no point in shaping up toward the win combo if you're too dead to get there.

Finally, never underestimate the power of Anduin himself. Well timed, he's great for clearing out late-game threats as well as putting up a small armour shield.

Don't ever worry about pressuring the enemy life total. Your early game is all about defending, drawing cards and keeping board control while you assemble combo pieces.

What you're watching out for is to have Alexstrasza and both Mind Blasts in your hand. You play the dragon first, lowering the enemy life total. Then next turn you open with your hero power, then alternate Mind Blast and hero power twice. Ten mana, 16 damage against 15 life. That's how you win.

If your opponent has the ability to heal or put up armour, it obviously puts a dent in your plan. Hopefully Alexstrasza's 8/8 body can help. But so can Shadow Visions, allowing you a repeat performance of the kill manoeuvre.

Holy Fire is generally used for defence in this deck. But in dire straits, it can also serve as an unlikely last line of attack.

[Updated] Everything you need to win at Hearthstone - Hints, tips, tricks, and guides