Mods for Skyrim on Switch are looking pretty unlikely

No Creation Club for you

Skyrim launched on Nintendo Switch last year, and while we did get some pretty sweet Legend of Zelda gear, fans have still been waiting to find out when mods are coming to the Switch version. It turns out, they could be waiting for, well, forever. 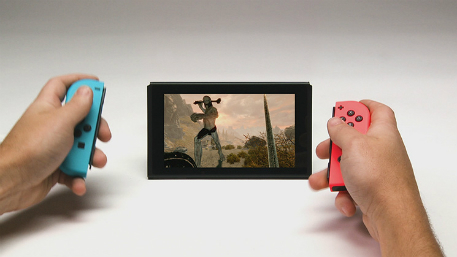 Todd Howard, director of Bethesda, revealed at Gamelab in Barcelona that, "Skyrim Switch has a big community that we haven't supported the way we'd like."

Eurogamer followed up with Howard, who shared that the community has been quite vocal in asking about mods and when the Creation Club is headed to Switch. Eurogamer asked Howard what Bethesda is planning to do about the demands, to which Howard replied, “"Right now we're doing nothing.”

So there you have it, folks. If you want to play Skyrim with mods, you’ll have to seek it out on other platforms for the foreseeable future.

Hands on with Skyrim, RiME, Rogue Trooper Redux and more at EGX 2017

How does The Elder Scrolls V Skyrim on the Nintendo Switch perform when docked?