Look, Your Loot doesn't mess around. After a short tutorial it throws you straight into the action without any hesitation.

It's not the most overwhelming game in the world, it's true, but that doesn't mean that some hints and tips aren't going to help you out.

Which is why we've put together this list. It's the five tips everyone starting with Look, Your Loot needs to know.

After you've read this, you're going to be in pole position to get the most loot and rack up the highest scores. 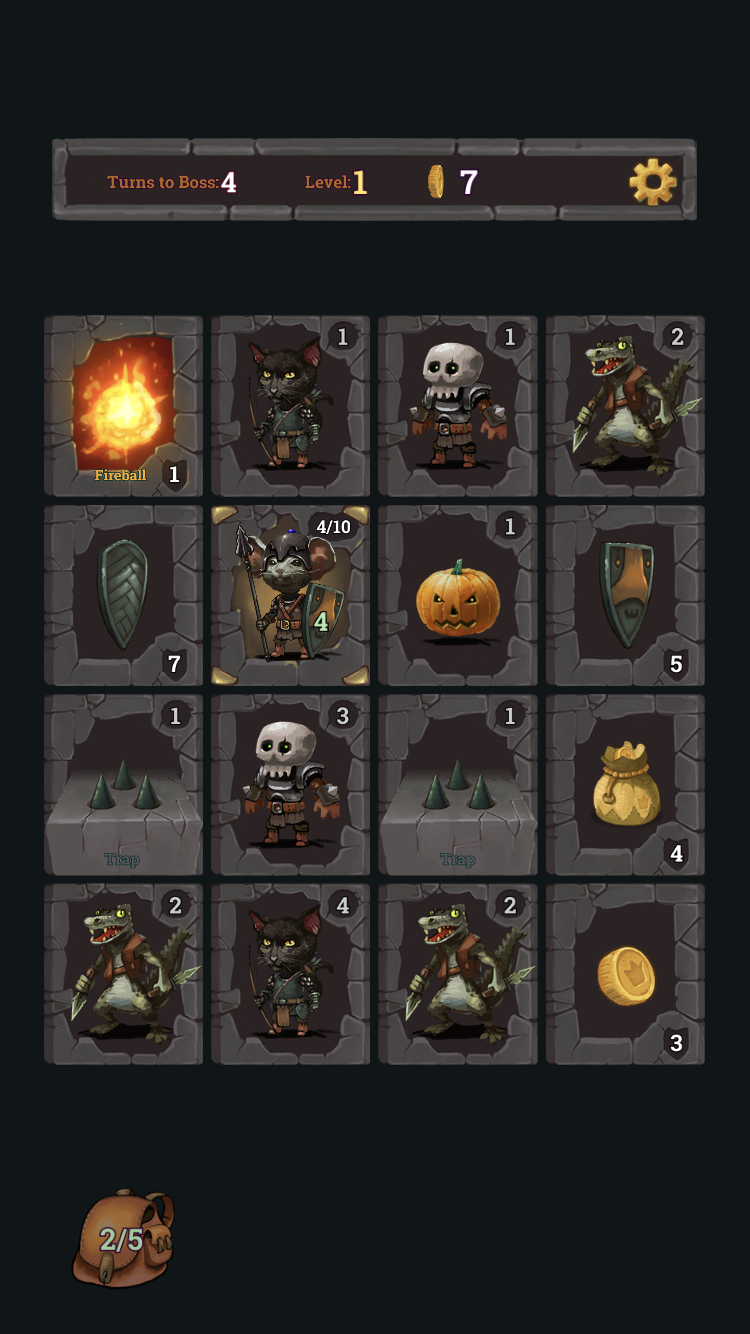 It's important to know what strengths and weaknesses your character has. For example, the warrior has an ability that means you only lose one point from a shield if an enemy you're fighting has lower health points than you have armour. Other characters don't have it, but they do have their own tricks.

The same goes for the skills you'll find in your knapsack at the start of each run. These can be incredibly important when you're in a sticky situation, so knowing what they do, and how they can save you, is one of the keys to success.

In the modes where you're trying to clear a set number of cards, it's often a good idea to get rid of poison cards before they get too strong. They might do you a bit of damage at first, but when they've racked up a poison tally in double figures, there's not much chance you're going to be able to defeat them.

Spike cards are important to clear as well. Hit them when the spikes are down and the damage dealt is 0, and you'll free up a space and get rid of another card from your total. Play smart, avoid the worst damage, and you'll be in great space. 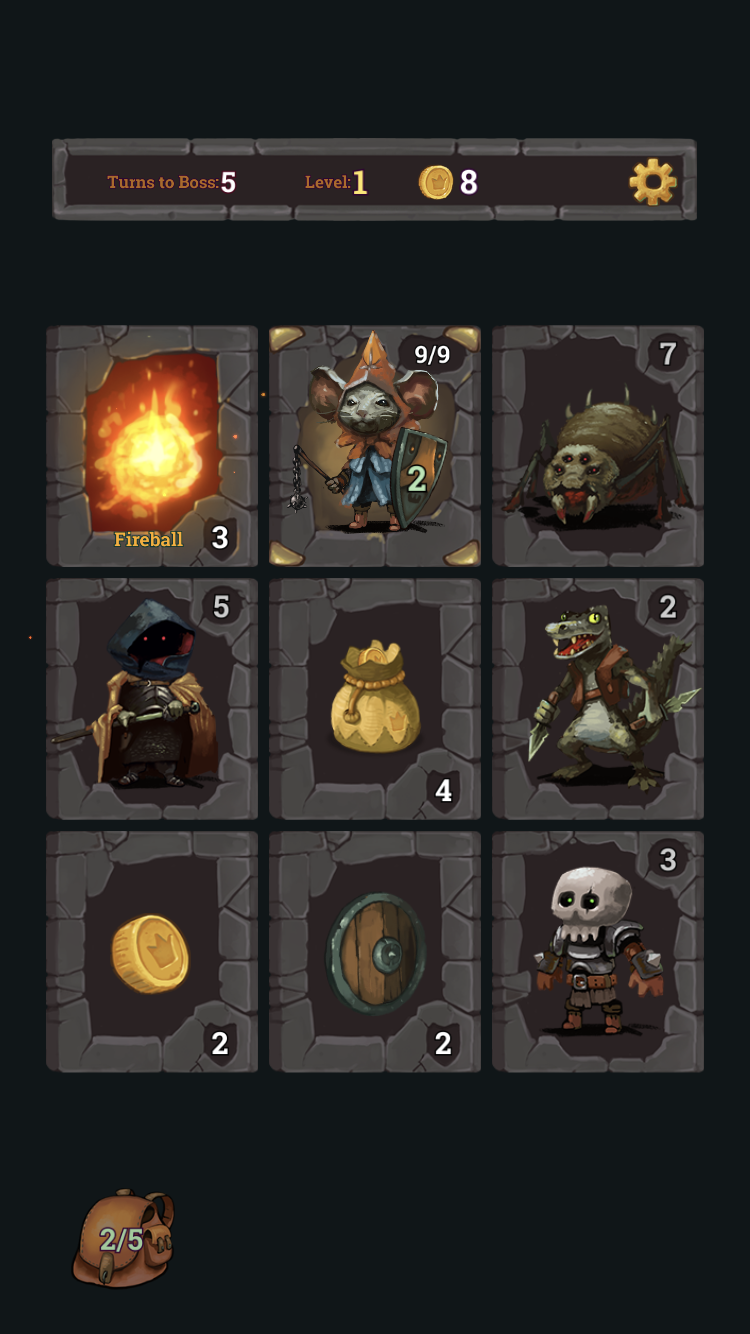 If there's a monster next to you that will damage you in the next turn, it's a good idea to take it out. You'll still take damage, but you won't take as much. It's amazing how quickly a first move can turn into a disaster if you're not paying attention.

Remember there are no time limits here, so try and pick a route that's going to get you loot, armour, and weapons if you can. Take your time, figure out where you need to go, and make sure you're not heading into trouble.

There are cards on the board that can help you. Fireballs smash out attacks vertically and horizontally, lightning chains a big attack through any connected bad guys, and magic wands will double the scores of anything near them.

Picking when to use Fireballs and Magic Wands is key to success. You don't want to be doubling up the HP of a boss, and you don't want to be wasting the energy of a Fireball blasting things that it can't hurt. The game is all about positioning, so get yourself in the right place before you do anything. 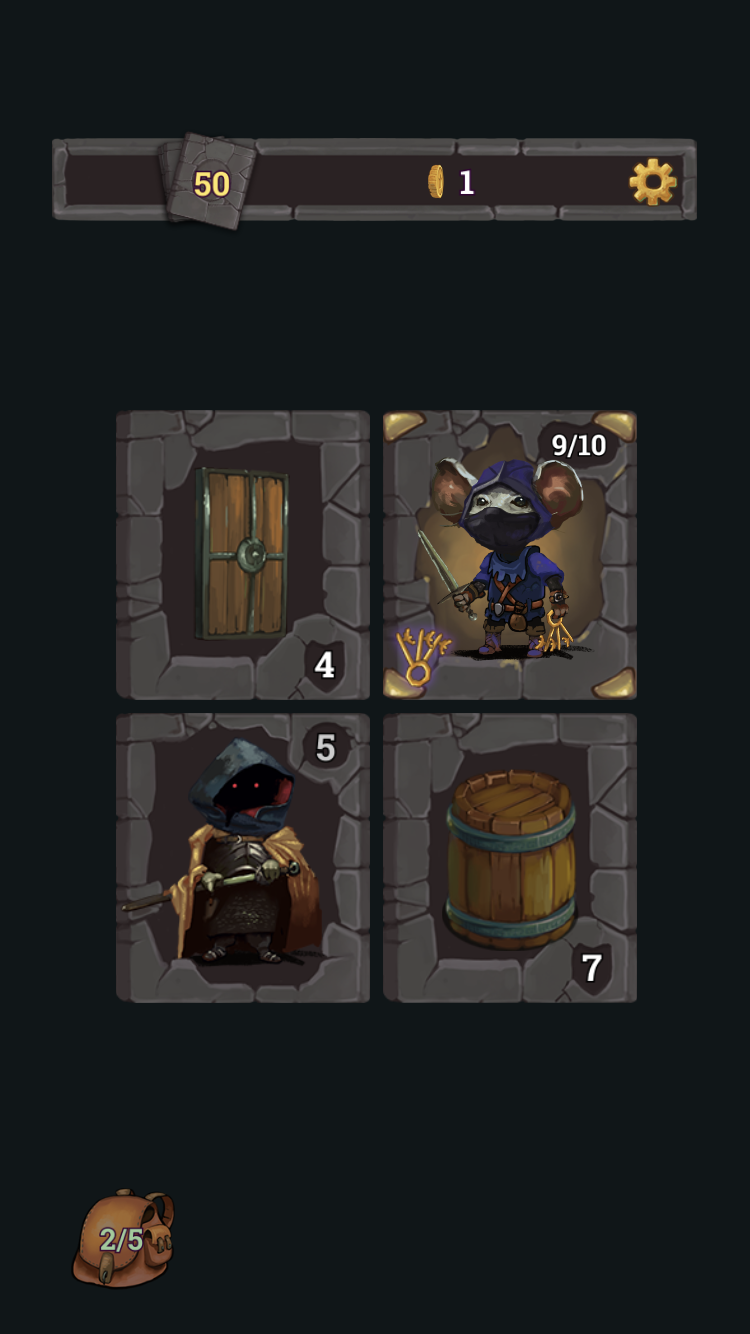 When you're fighting a boss it's tempting to take them out as soon as you can. This can often mean that the move after you've killed the big bad is going to get you into all sorts of trouble. Check what's around you, and find the best move before you commit to killing your foe.

You'll get upgrades when you finish off a boss, so it's definitely worth doing. But upgrades are useless if you're not around to use them. Don't chuck yourself into danger just to get that killing blow quicker.

Look, Your Loot! review - A great card crawler with a mousey twist