Look, Your Loot! review - A great card crawler with a mousey twist

It's a good week if you like games that let you use cards to go adventuring in dungeons. We've already reviewed the really rather excellent Card Quest, but Look, Your Loot offers up another take on the idea.

It's simpler than CQ, and owes more to the likes of Threes than its more traditional compadre. But there's still an awful lot to like in its tale of mice treading the dungeon boards.

The game sees you picking a mousey character, then wandering through a dungeon. That dungeon is made up of a number of cards, including the one representing your rodent avatar.

You can move one card left, right, up, or down with a tap or swipe. Some of those cards are monsters, and you'll need to fight them. It's all about numbers. Whichever creature has the highest HP is going to win.

But you can pick up shields that give you an edge, adding to your numbers of letting you take on tougher opponents. That's not all the game has to offer though. 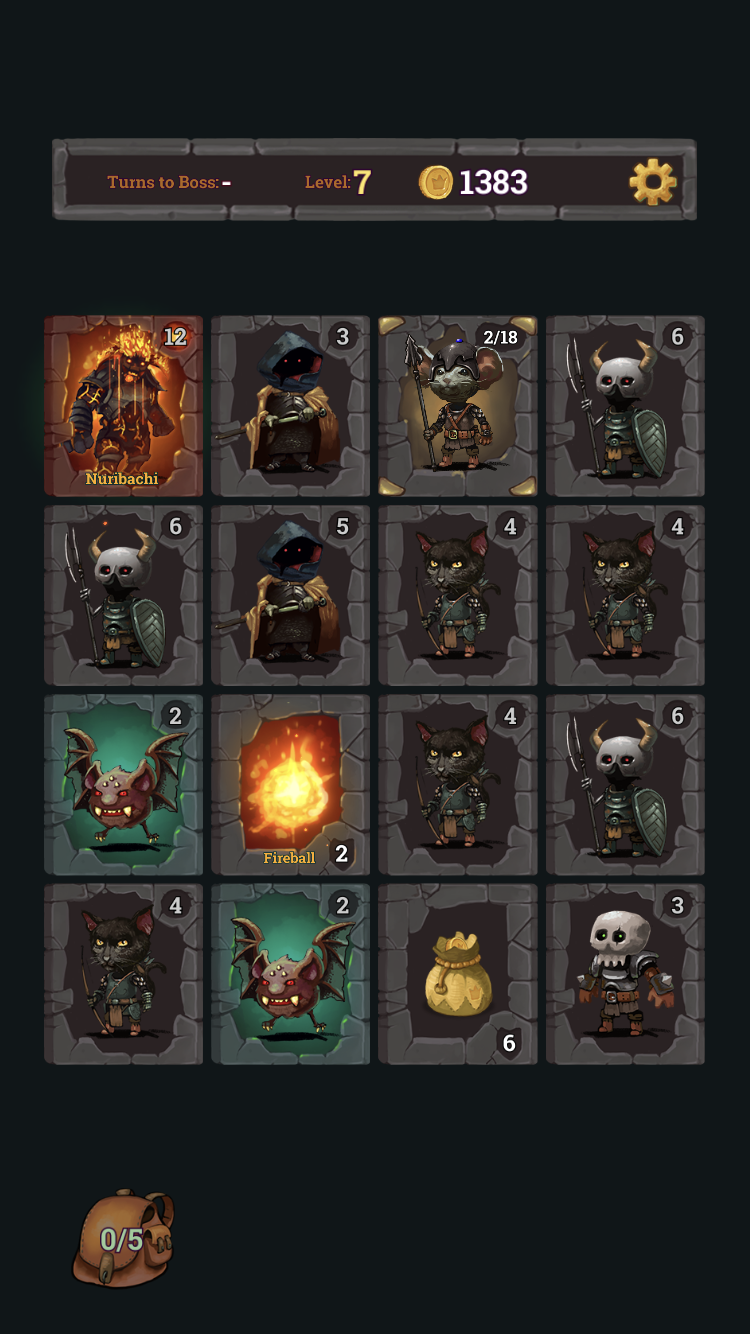 There are fireballs, vials of poison, chests you need to pick the locks of, and special weapons and skills you can use when you're in a tight spot.

While the core mechanics are the same, as you unlock new classes you'll need to think in slightly different ways, and use the obstacles and aids the dungeons offer in other styles.

There's a bunch of different modes, all of which involve sliding cards, but have different win conditions, different grid sizes, and more.

It might not have the depth of other games in the genre, but Look, Your Loot does everything it sets out to do really, really well. It's clever, it's challenging, and there's a lot to do.

Plus you can fit a game in just a few minutes. It's brilliantly paced for mobile, and it won't cost you anything to pick it up. This is a mini card game that's definitely worth your time.

Pode Switch review - An adorable puzzler made to play cooperatively