It hurts so good

Out of nowhere, Asmodee Digital has released a new board game unto the world and we're rather excited to get our hands on it. Quarto may look simple, but this digitised version is bound to get your mind cogs whirring. 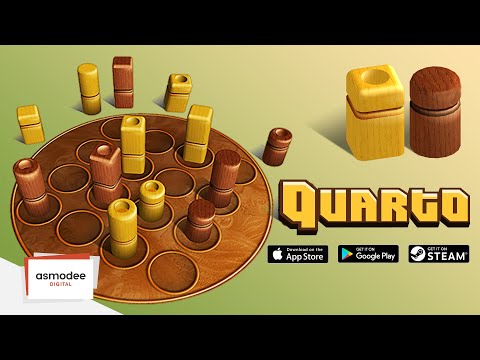 Subscribe to Pocket Gamer on
Some of you may be familiar with Quarto, but if you've never heard of it before it's a strategy game that's rather simple to play. Set on a four-by-four board with 16 pieces, each piece has four characteristics that makes it unique - through colour, size, shape, and density.

Interestingly, you don't get to pick the pieces you play, but rather are given them by your opponent. The winner is whoever makes a line of four pieces with a common characteristic, i.e. all yellow or all square.

You can play solo, against AI, or against a friend (or foe) in Pass and Play, and take on two different game modes. One lets you tackle the game at your own pace and the other, its Challenge mode, will throw advanced techniques at you to see how well you fare.

Gears POP! won't be a match-three or endless runner, but we're still not too sure what to expect