Mobile FPP for me

Wow, you can finally play in first person perspective in PUBG MOBILE! It's nice that PUBG is ever expanding and with the latest addition, it'll be that much easier to spot enemies and pop them off.

It comes with a few caveats though, and we'll go through them here. But the difficulties and improvements that come with first person mode can be used against your enemies. After all, knowledge is power.

Read on for the essential update on first person mode, how to play, and what to keep in mind.

For more PUBG MOBILE articles and guides, take a look at our ultimate guide. 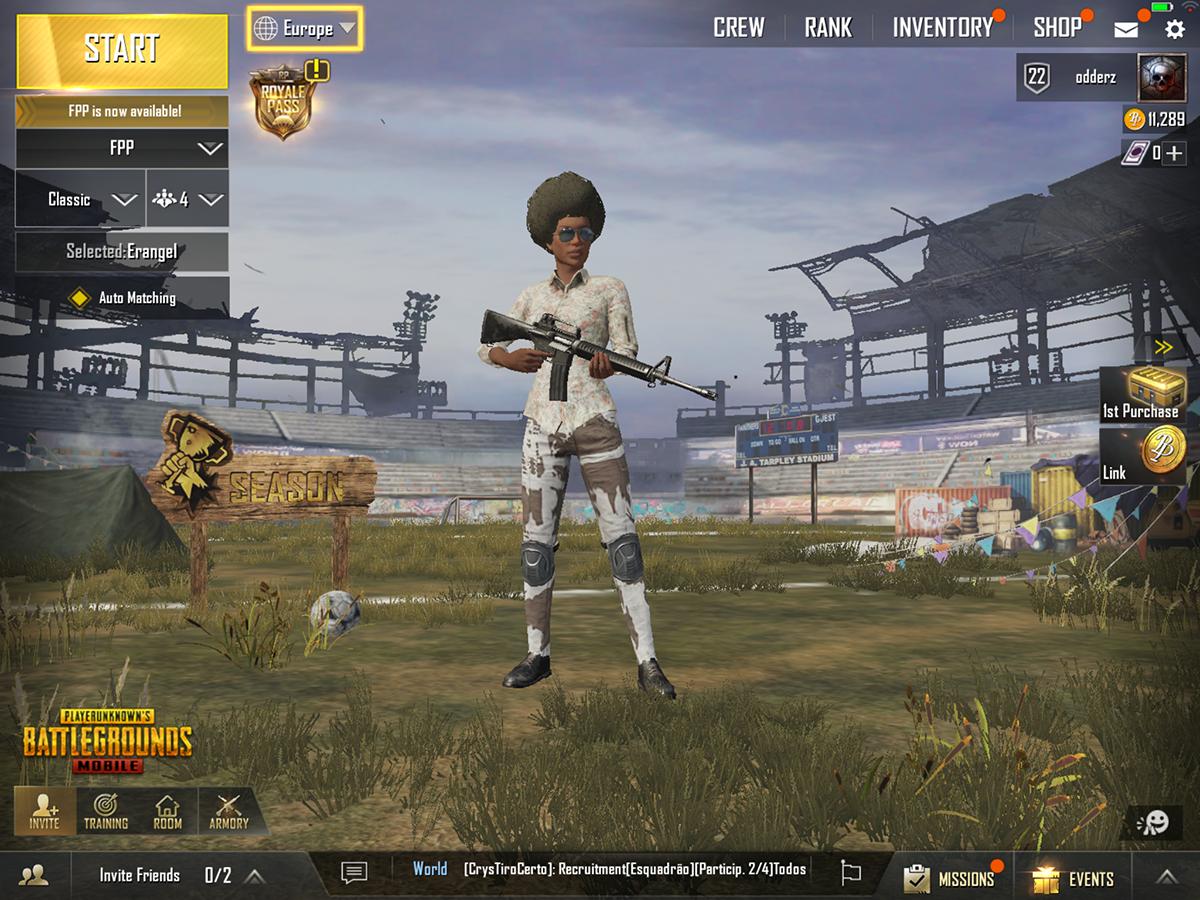 1
Up close and personal

This is obvious, but the first thing you'll notice about the first person mode in PUBG Mobile is that you get a much clearer view thanks to everything being a bit closer in your face, and your character model not getting in the way.

That comes with some cons as well as pros though, as we'll go through here. Though for a start, it's nice because peering out windows means you'll get more outside view, and less of a window frame, so hiding in buildings is a better strategy than ever. 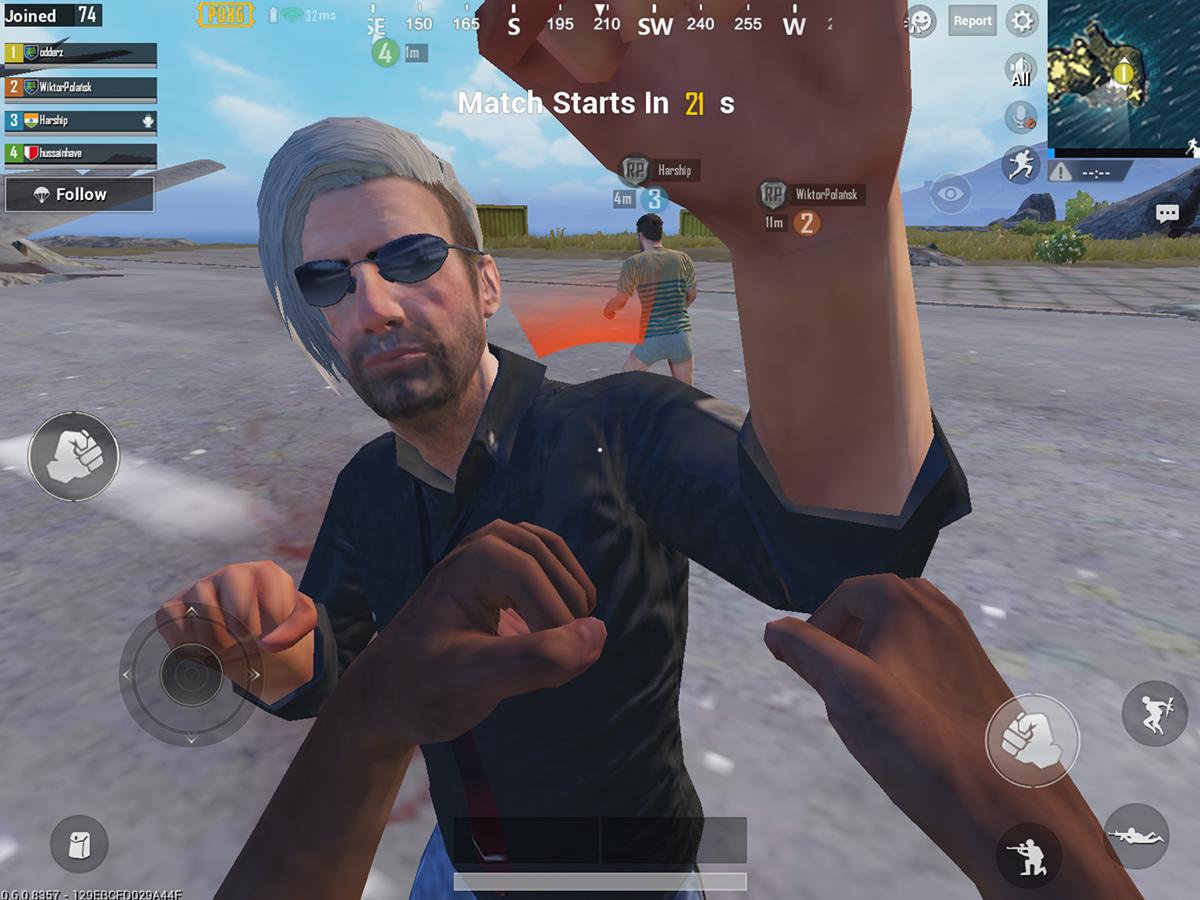 When running around, if you see someone in front of you, you'll be able to pull your weapon into aim down sights mode and shoot them off quicker than ever before, thanks to no jarring camera angle change.

It means if you spot an enemy in the distance, it's much easier to pop a few shots at them. Even leaning out of vehicles is much easier thanks to the clearer view.

I found my shots to be quicker and more precise than ever before in PUBG Mobile, and my ability to spot enemies from a distance was better too. Well, mostly… 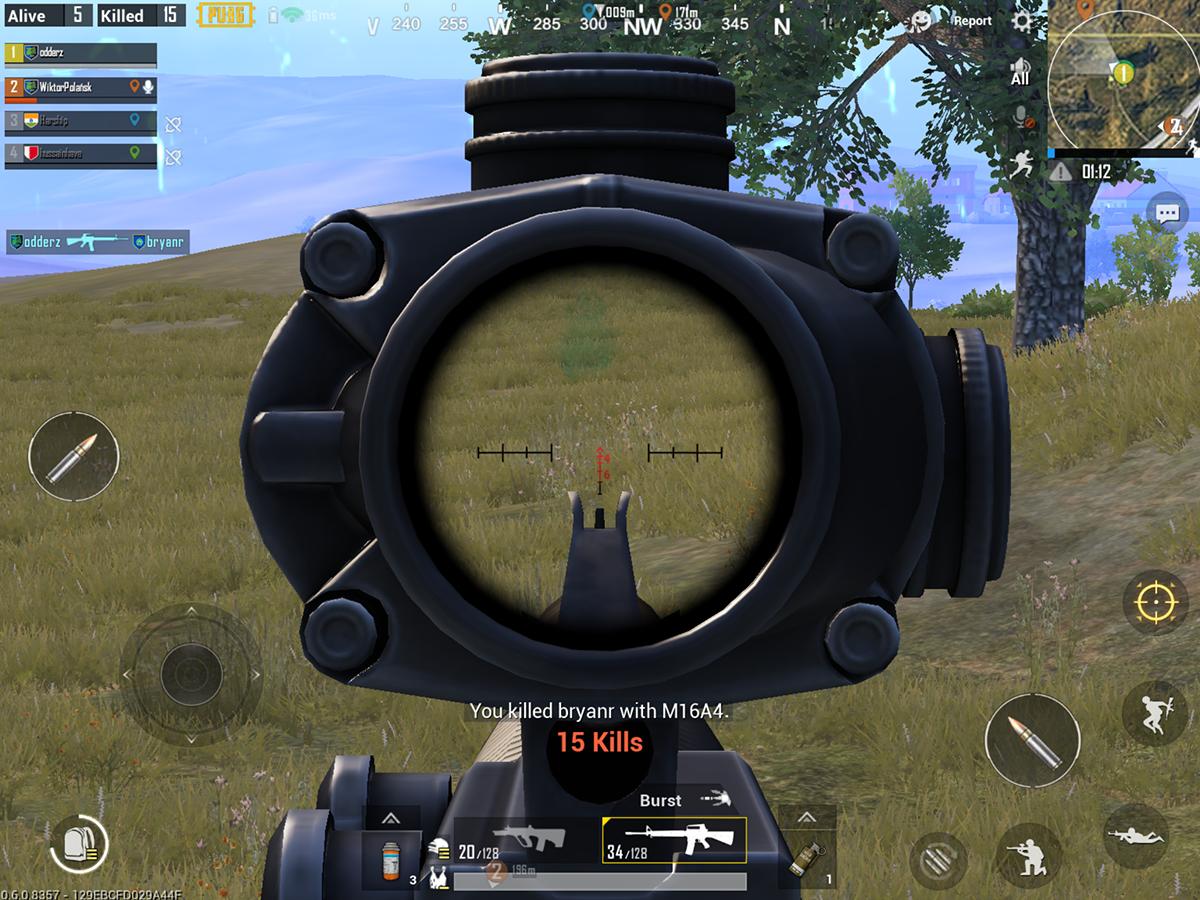 The issue is that first person mode also give you less peripheral vision. Even when auto sprinting and using the eye icon to look in different directions, you can turn 90 degrees in either angle, while in third person mode you can turn the camera around 360.

This, in addition to the narrower field of vision you'll have when moving between obstacles and through buildings, can change how the game is played for you. You'll have to turn and check your horizons and corners more often.

Keep it in mind though, and use it against your opponents. 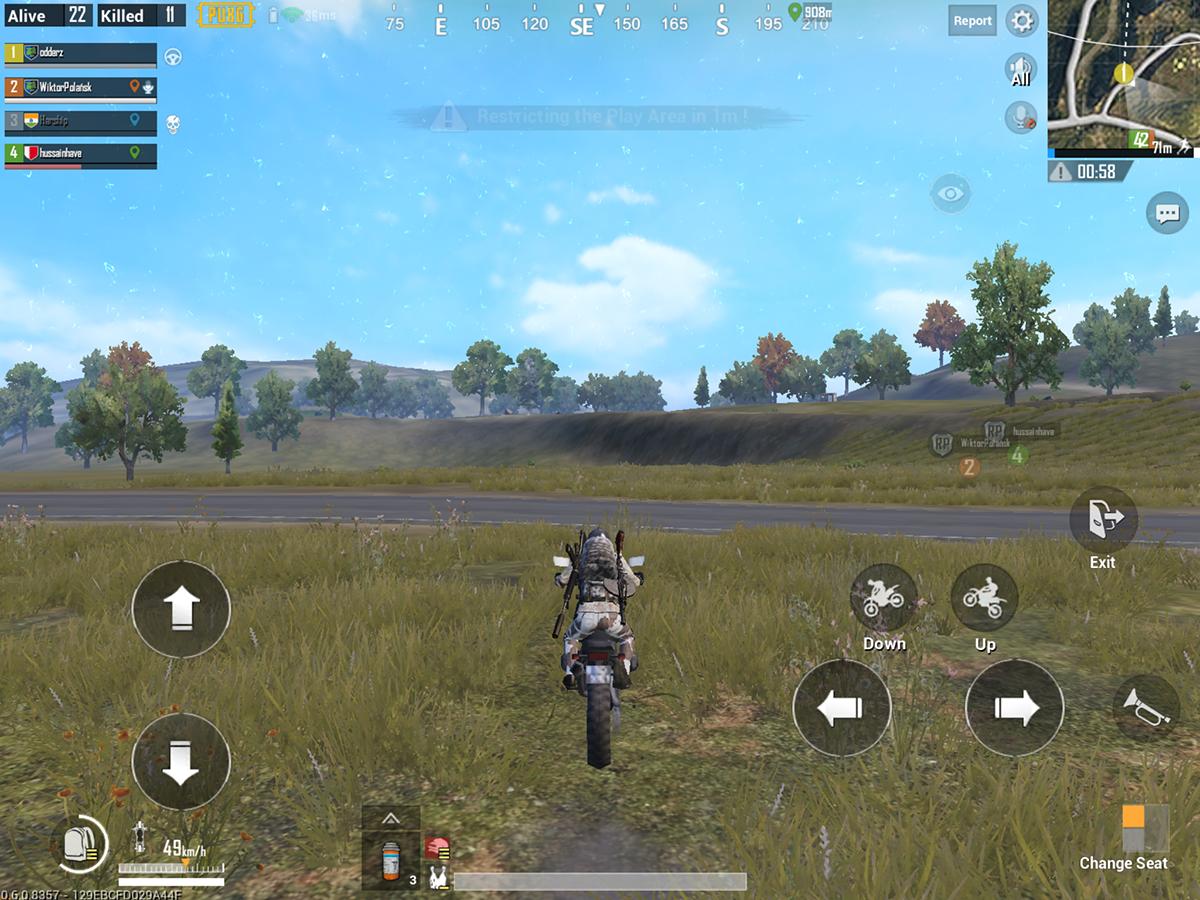 One of the best parts about third person mode is being able to see exactly how camouflaged you are when you lay down in a bush or against some grass.

Of course it depends on what you're wearing and where you're laying, but that just makes first person mode a bit awkward. Plus, if you lay in grass, you get grass in your face, and can't see over it. Yikes.

It makes moving through fields and open space riskier as you have less visibility, so try and stay away from long treks on foot. 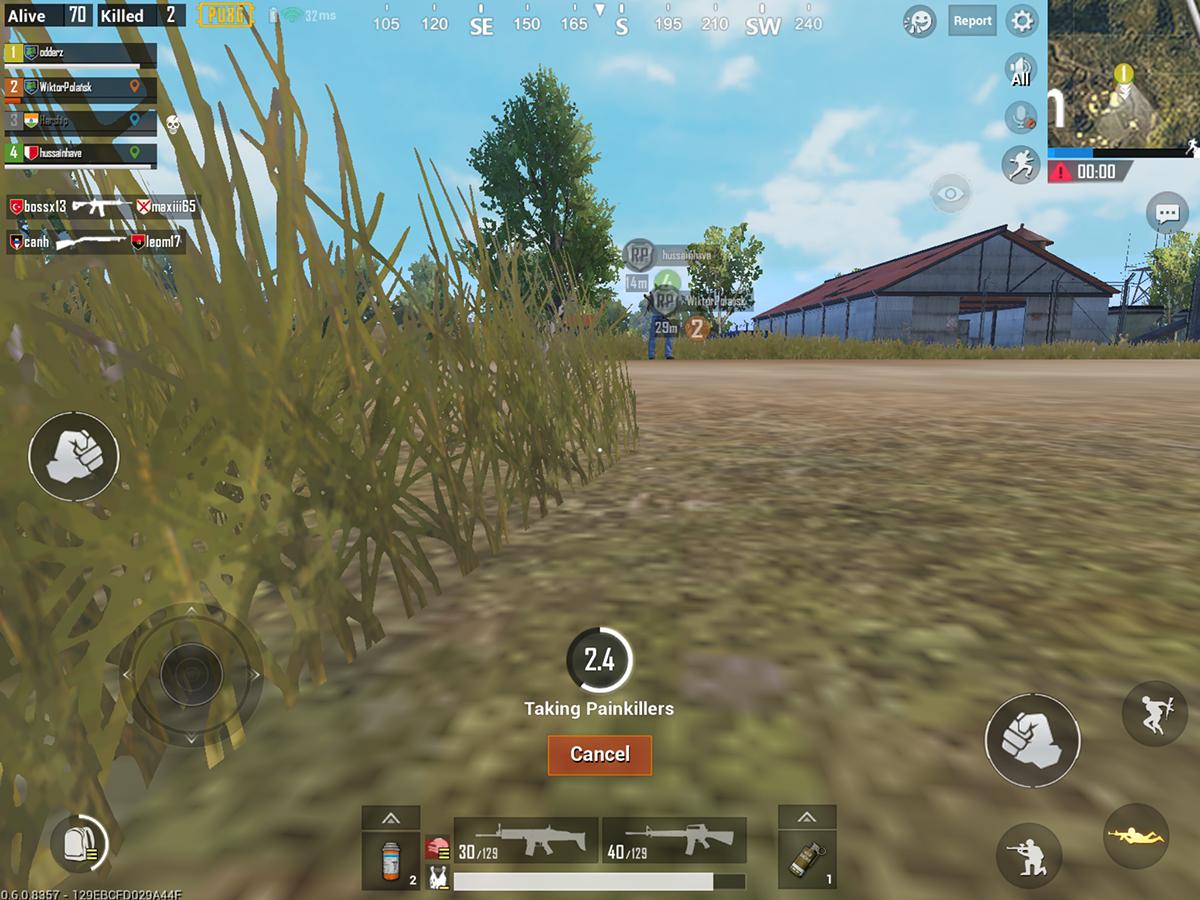 First person mode's limited visibility makes having a team to watch your back more important than ever.

With a team you can be less cautious about someone sneaking up on you. But likewise of course in team mode you should be aware of other players.

If an enemy player goes down but doesn't die, that means they have another team mate somewhere alive. Watch out for them! 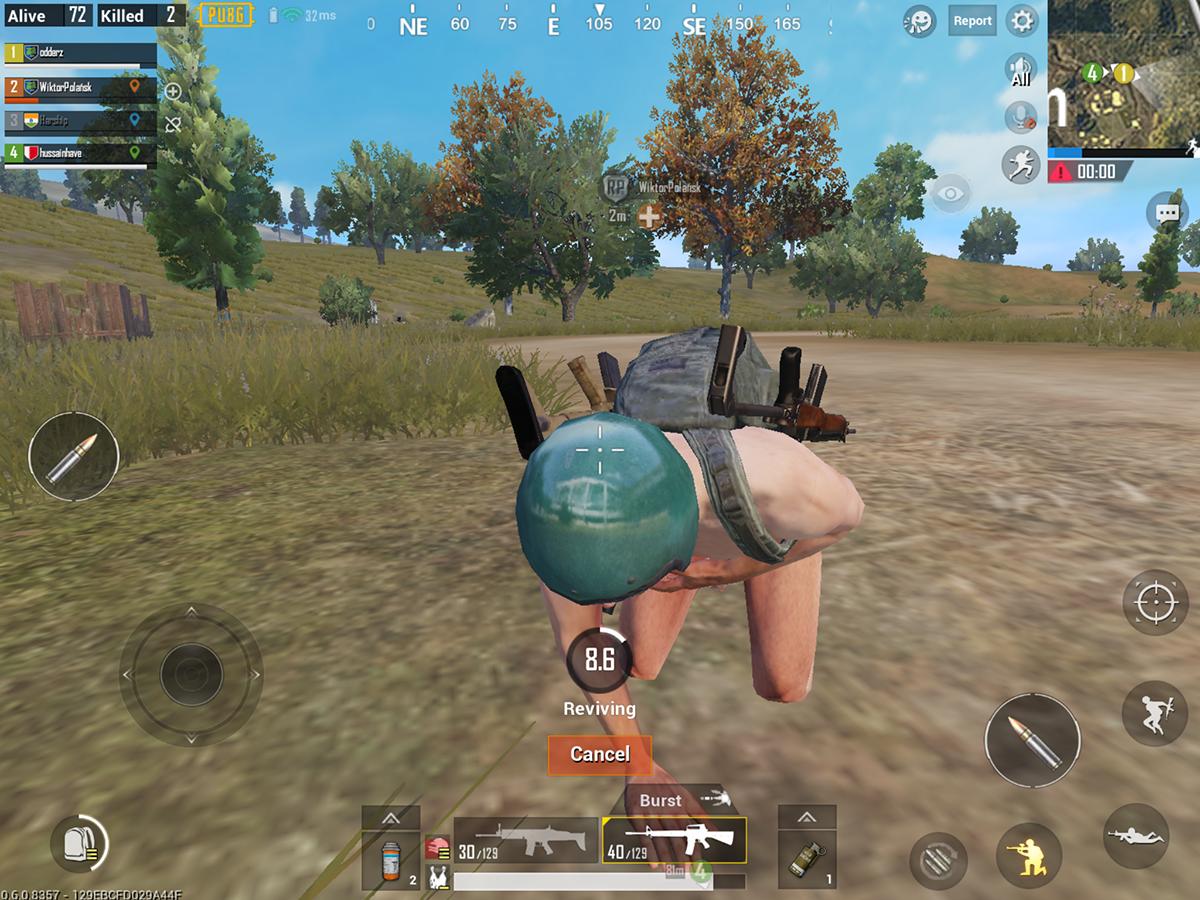