And they're only making players angrier

Sony has broken its silence over the ongoing Fortnite debacle in which players who had played the PlayStation 4 version were locked out of their Epic accounts for playing on the Nintendo Switch (or vice versa). Fans of the game were understandably angry, given that Sony had given no warning that accounts would be suspended.

“We’re always open to hearing what the PlayStation community is interested in to enhance their gaming experience,” Sony said in a statement to the BBC. "With... more than 80 million monthly active users on PlayStation Network, we've built a huge community of gamers who can play together on Fortnite and all online titles.” 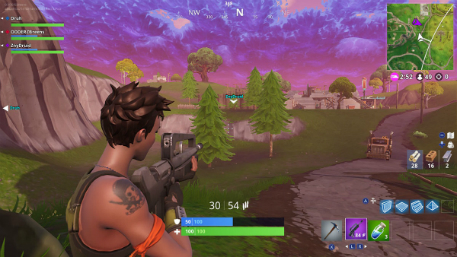 "We also offer Fortnite cross-play support with PC, Mac, iOS, and Android devices, expanding the opportunity for Fortnite fans on PS4 to play with even more gamers on other platforms," the Sony spokesperson continued. “"We have nothing further to add beyond this at this point.”

Naturally this answer, verging on advertising for the PlayStation brand, did little to assuage the scores of furious Fortnite players impacted by the suspensions. Take a look at any Twitter post by Sony, Fortnite related or not, and you’ll see it bombarded with folks demanding their Epic Games accounts be restored.

What are you thoughts on the issue? Let us know in the comments.

2018 World Football League is a bit like Subbuteo, and it's out now for iPhone and iPad