If you're an experienced mobile gamer, then when you see a game that's in sillhouette, with a bright background and a dark foreground, you're going to expect a number of things.

Those things are spikes, physics, and grisly deaths. And Feist has all three in spades. But it isn't a pale imitation of things that have come before, it's actually got a good chunk of its own ideas that it brings to the table.

The game sees you controlling a squat little creature that's traversing a series of reasonably short levels. The thing is though, everything within those levels is doing its utmost to kill you. Often with a decent amount of success.

You've got some simple controls to try and keep you safe. A couple of arrows on the left of the screen move you left and right, a couple of buttons on the right let you jump and interact with certain objects.

It's a small skillset, but the ingenuity in the game comes from the way you use the environment. There are rocks to throw and pile, traps to trigger, places to hide, and so much more. 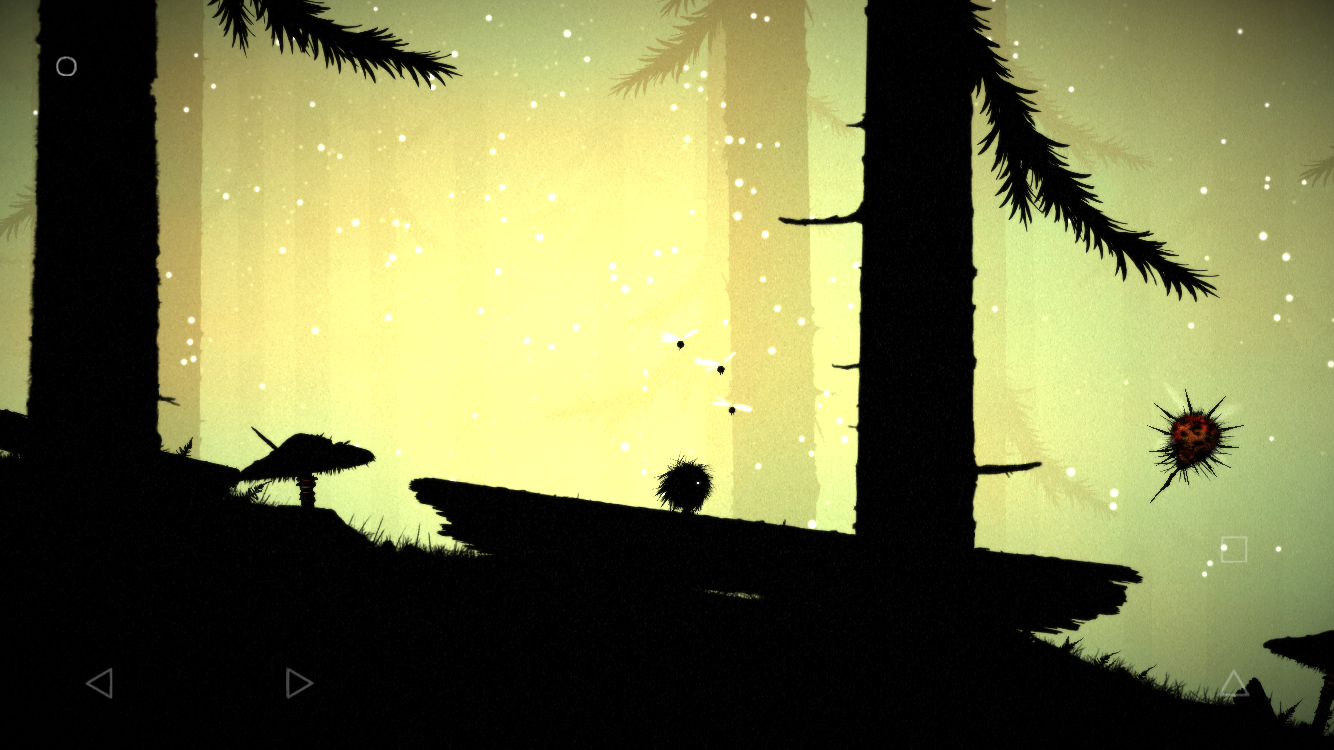 Each screen is a challenge you need to figure out. How do you make it past the stabby insects? Why is that giant monster throwing you about and what are you going to do about it? It's up to you to work things out.

This is a game that isn't as grim as Limbo, nor is it as bouncy as Badland 2. What it is is a shockingly good reminder of how holding a player's hand can often ruin an experience.

There's some sharp difficulty here, but it's not the sort of thing that's going to make you smash your phone. It's going to push you on deeper, and make you want to find out more.

Feist isn't just another game that looks like a bunch of others, it's its own thing, full of wit and whimsy, horror and hardships. And you should do yourself a favour and pick it up right now.

It might have a look of other games, but Feist is worth picking up on its own merits
By Harry Slater
| Jun 13, 2018 |
iOS
Find out more about Feist
SEE COMMENTS