Hot off the heels of 2016’s 11x11: Football Manager, mobile’s favourite football manager game has returned once again. Yes, 11x11: New Season has arrived just in time for the World Cup celebrations happening in Russia, tasking players to take their team of eleven to championship glory – now with added state-of-the-art 3D graphics and other new features.

Available to download now on iOS and Android, 11x11: New Season begins by having players plan, construct, and maintain their own football city. From here, it’s all about creating the best team possible. That means building the perfect stadium, training centre, and other facilities within this football utopia, before recruiting the best team for the pitch possible. 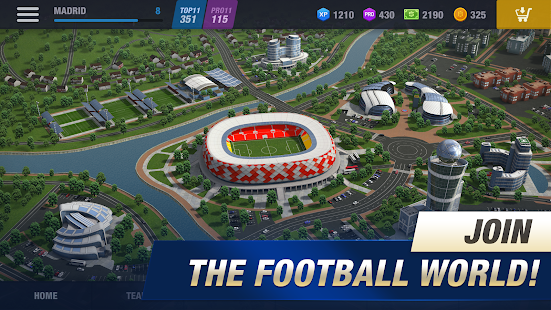 This new, reinvented take on the 11x11 series makes accomplishing your goal even smoother thanks to a suite of subtle improvements. Matchmaking in the leagues and world tour, for example, is now instant with matches playing out asynchronously to avoid any pesky delays. While in the PvP mode, which runs in gap-less lined-up weekly rounds, the game still offers synchronous matchmaking. The in-game transfer market has now also been revised, with scouting for new players feeling a lot more intuitive. It’ll be easier to focus on who’s worth signing.

Every potential player comes sporting their own unique look and skills, all of which you’ll need to consider in order to find the perfect fit. If you’ve done a good job as manager you’ll be participating in tournaments, climbing up the leagues ladders, and winning matches in no time.

Become the best football team manager the world has ever seen in crisp full 3D visuals. 11x11: New Season has kicked-off now on iOS and Android.

Legendary Eleven review - A missed opportunity ahead of the World Cup