Might & Magic: Elemental Guardians cheats and tips - How to get the strongest creatures fast

Might and Magic: Elemental Guardians will see you putting together teams of creatures so you can do battle, but the only problem is that those creatures don't exactly start off strong.

No, in fact, they might be a bit on the useless side. But that's exactly where this guide comes in. If you're struggling along with a disappointing team, this will help you turn your cowardly creatures into macho monsters.

Just read on for the information you need on levelling up fast, glyphs, ranks, training and more. 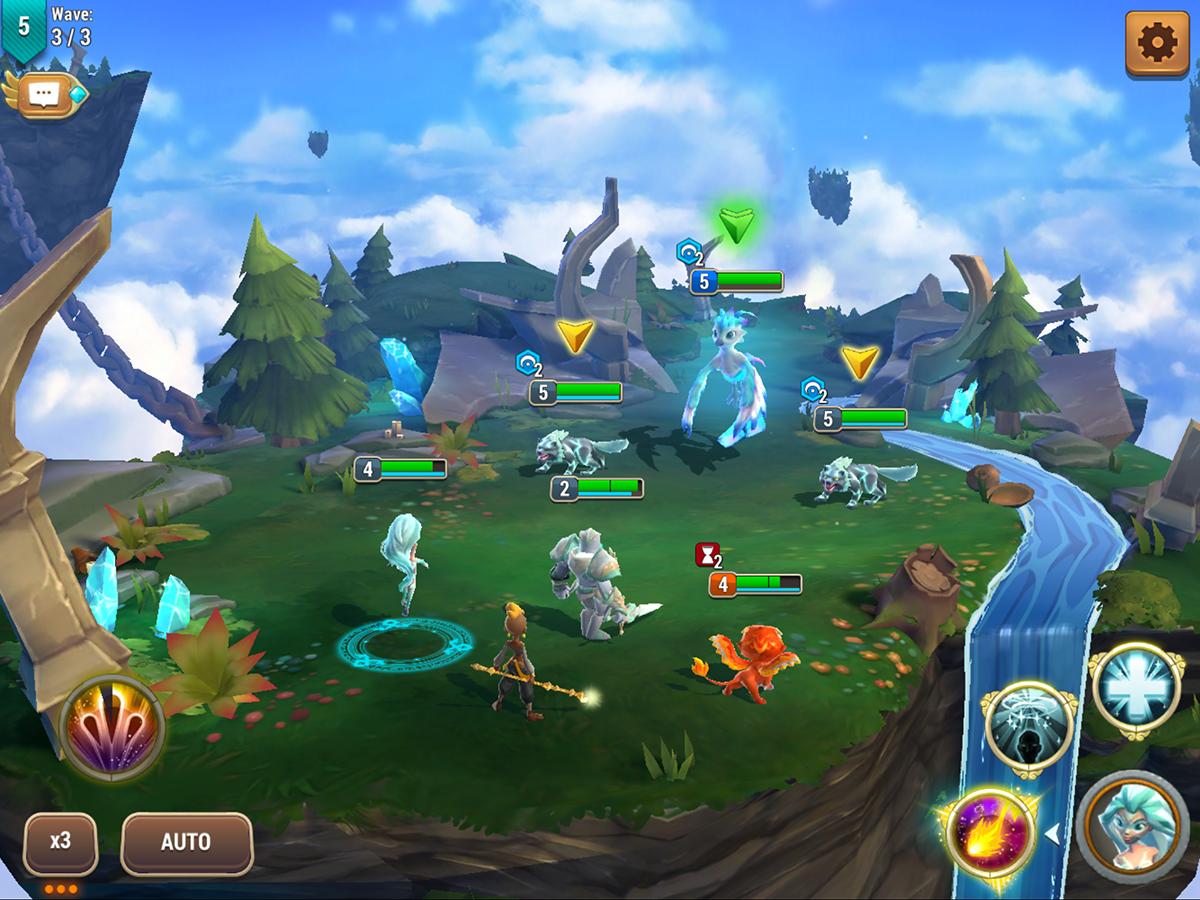 If you want to quickly increase your level without having to use energy, you can use level up potions.

Mixed with your crystal supplies - which should be pretty abundant after missions and rewards - you can level up characters with relatively little effort, though it'll require a lot of potions.

Potions come in three sizes, Small, Medium and Large, and will of course grant amounts of experience in that order. If you've managed to stockpile a bunch, it's a quick way to get creatures to rank up or just get stronger. 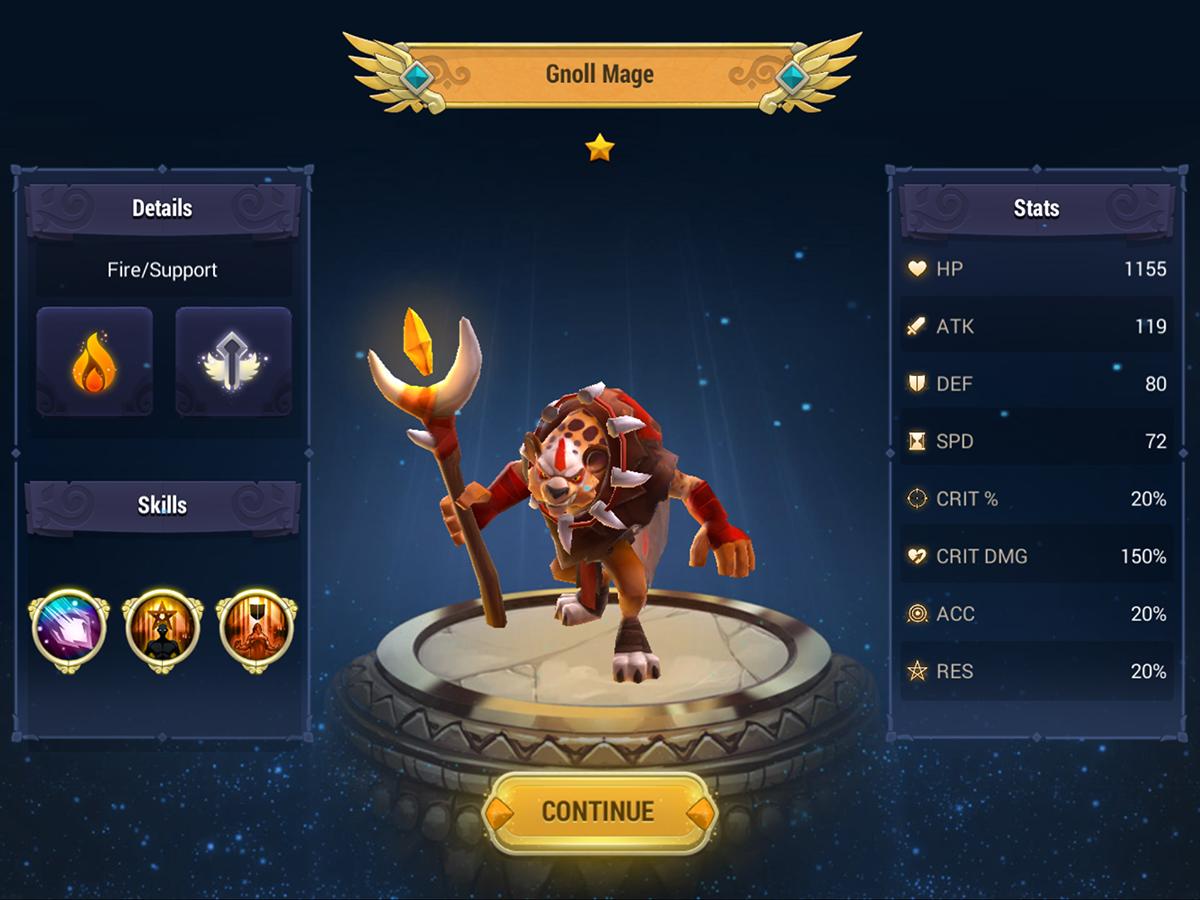 Glyphs are the equippable item in Might and Magic: Elemental Guardians, and they'll offer up a massive amount of small bonuses to your army.

There are several kinds of glyphs, but in general, they offer boosts to Attack, Defense, HP, Accuracy, and a bunch of other stats. Filling out all of your glyph slots will offer extras bonuses, too.

Basically if you have a pile of glyphs that aren't equipped to your creatures, you've done yourself a disservice, and you should get equipping immediately. 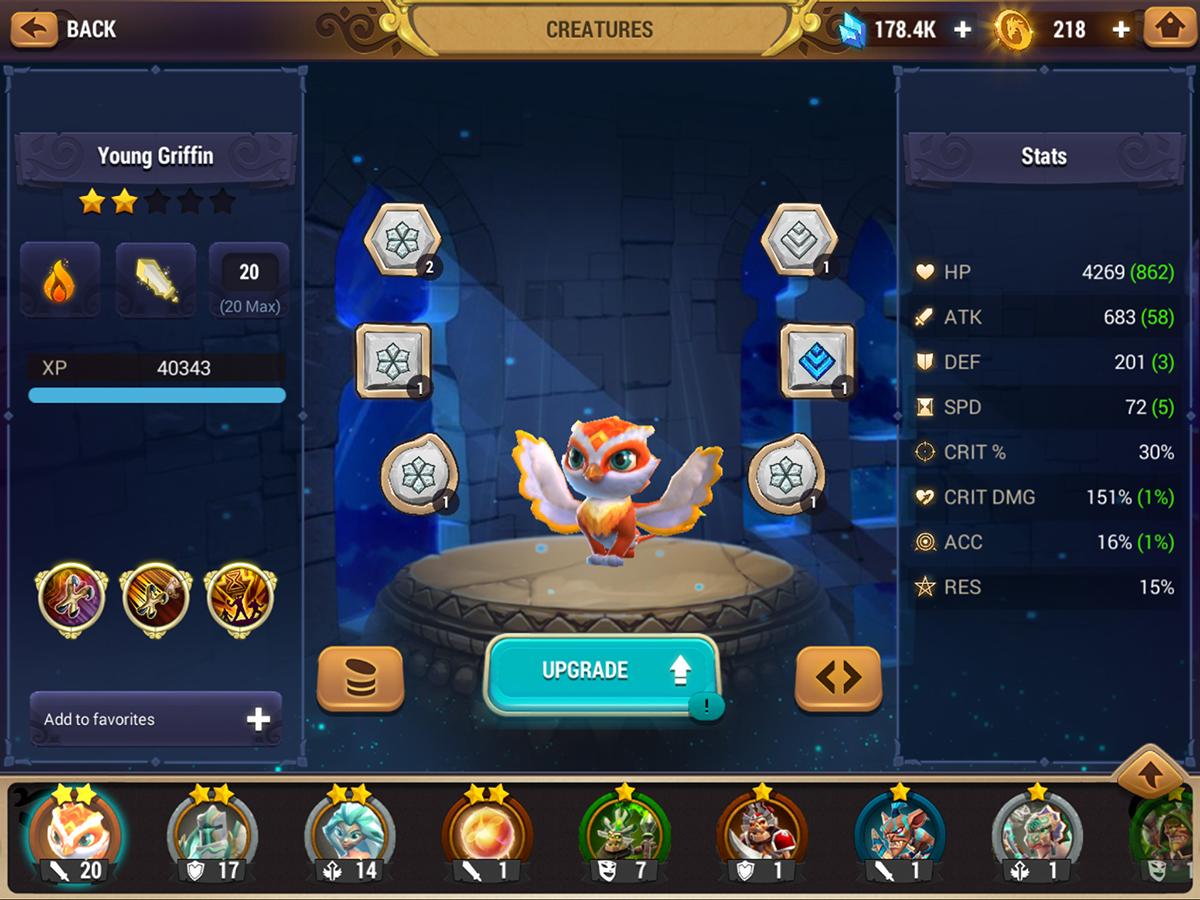 More stars are better. This is a general rule when it comes to most mobile games really, and of course it still applies here in Might and Magic.

Once your creature hits level 20 you can sacrifice two other creatures (pick weak ones!) to rank them up, and add a star.

Ranking up takes them back down to level 1 again, and yes, stats go down, but the creature's overall potential when you level them back up again will make them stronger than ever. 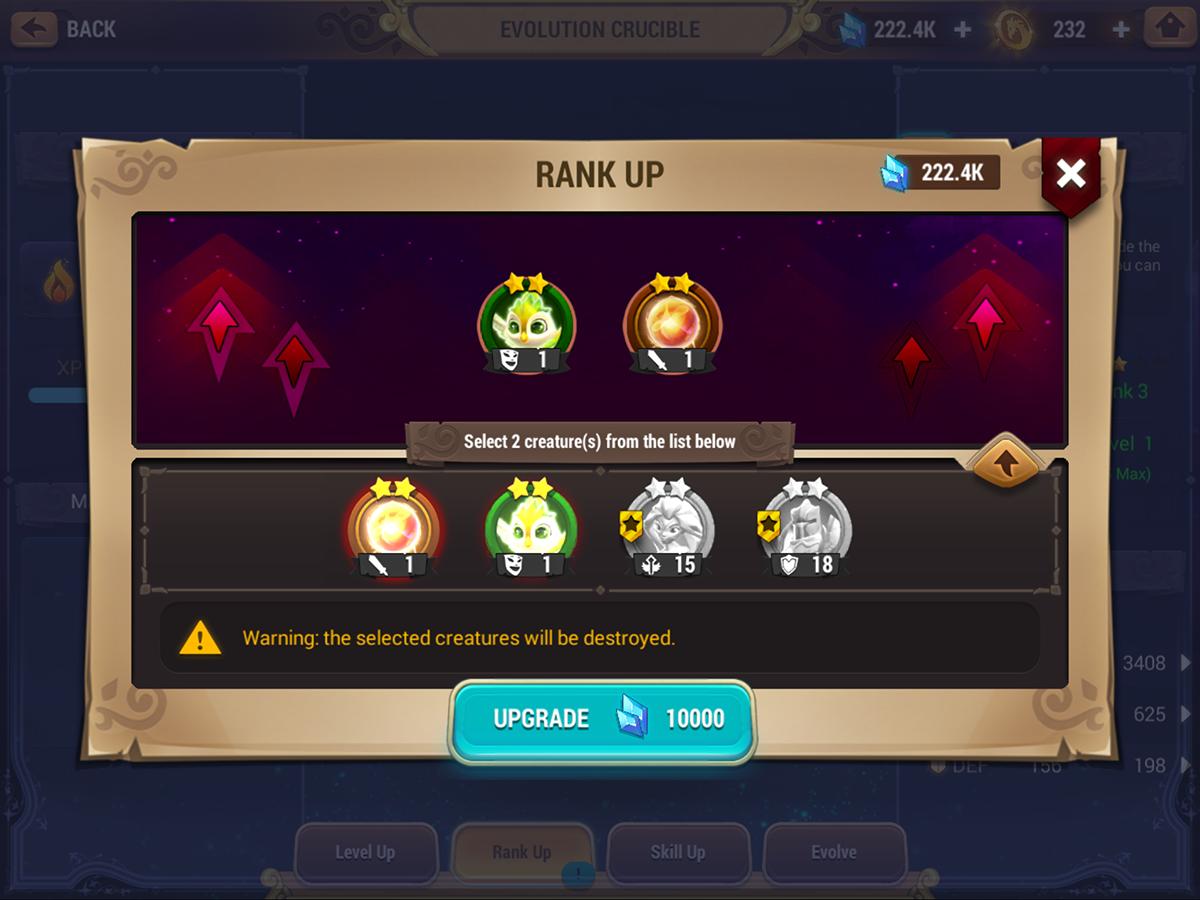 When you get some new creatures in the team it's time to go back to older stages and get some experience to level them up - well, that is if you're all out of potions, of course.

Going back to older stages can be helpful though, you can pair a new creature with one of your stronger beasts, and take out older levels on a more advanced difficulty for nice reward bonuses on top of the experience.

You can even leave the battle on auto mode, or use a skip ticket to just go straight to the reward part, if you're short on time. 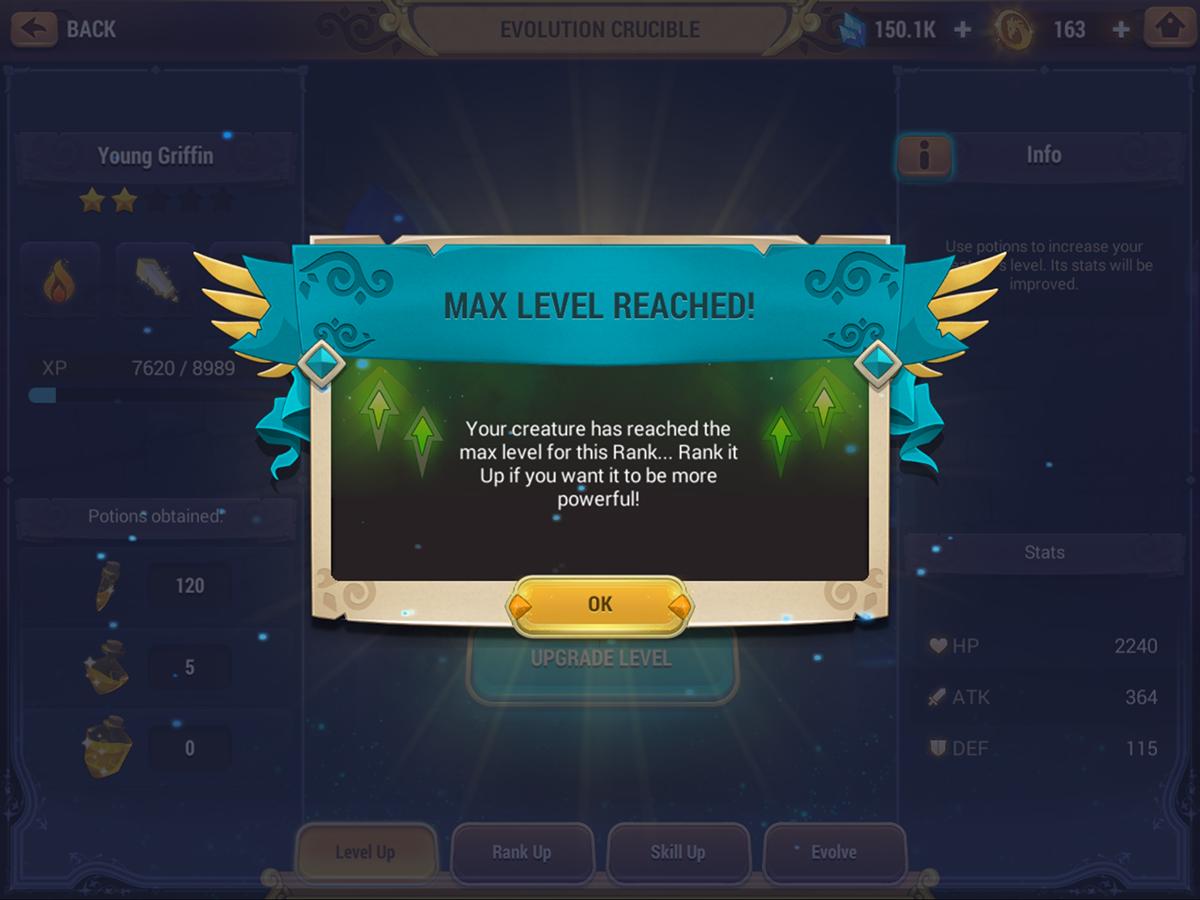 You can level up individual skills too. Yes obviously they'll become more powerful as you level up the characters anyway, but a permanent boost to the effects of the skill - and sometimes even a decrease to the cooldowns of moves - will make you much more fearsome in combat.

To skill up though, you'll need items. A magical book will be required to increase the abilities, in addition to a sacrifice of four creatures of the same type. Yep, that means you'll need to be earning and summoning plenty of monsters.

Still, if you have the book and monsters to spare, the rewards and long term benefits are undeniable.