Perhaps the most surprising throwback thrown up by The Witchwood is the return of Handlock. A staple from the early days of game, it went out of fashion with the nerf to Molten Giant.

Now it's back, under a different name, but the principle remains the same. Fill your hand with cards and use them to play massive minions, massively early. Then hope they crush the enemy before your plummeting life total kills you.

This build is pretty stable, so it's a moderately expensive deck. That said, Genn is the only legendary card that you can't do without. Missing any of the others will put a big dent in the effectiveness of the deck, though.

For epic cards, Doomsayer is solid but optional. On occasion it can even bite you in the behind, since you don't want to be playing it alongside big minions at any stage of the game. 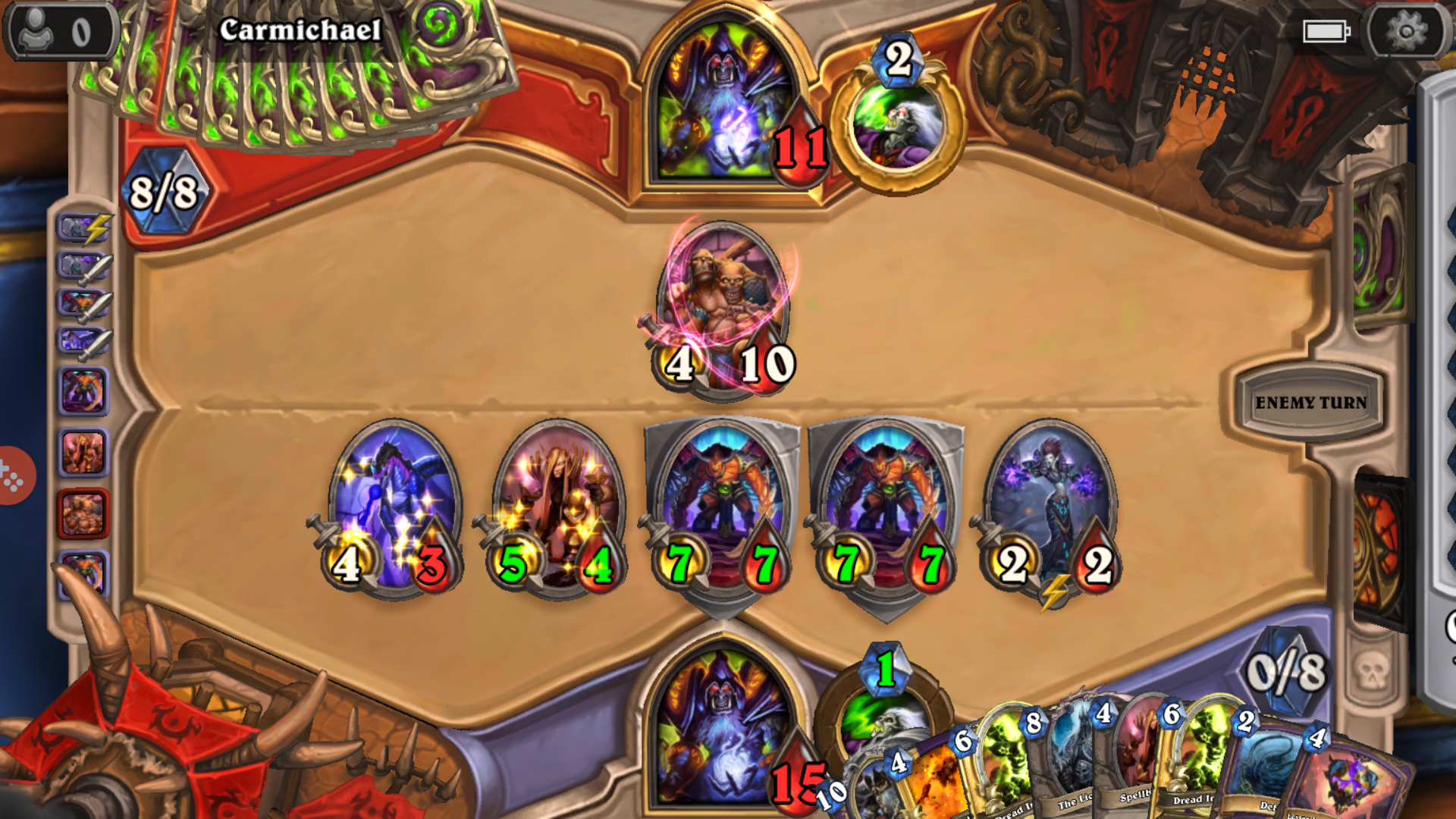 There are a lot of cards that can work as replacements. Drain Soul is quite a popular cheap inclusion. Some decks run it in place of Played Beetle. More rarely, you'll also see Bonemare or Primordial Drake which are fair substitutes for the Lich King. This build lacks removal, relying on big minions instead, so running Siphon Soul can be worthwhile.

A left-field addition is to use Saronite Chain Gang instead of the old staple Sunfury Protector. It's more expensive but helps protect your big threats. If you want to play a more aggressive style, Argent Commander can work.

It may come as a shock, but the card you most want to see and keep in your opening draw is also the most expensive: Mountain Giant. Crazy as it sounds, mashing your cheap hero power means you can play it as early as turn 3.

It's a similar story for Twilight Drake, although it's not as good as the giant. Plated Beetle is often a decent keeper as it's an early body on the board if you need it. 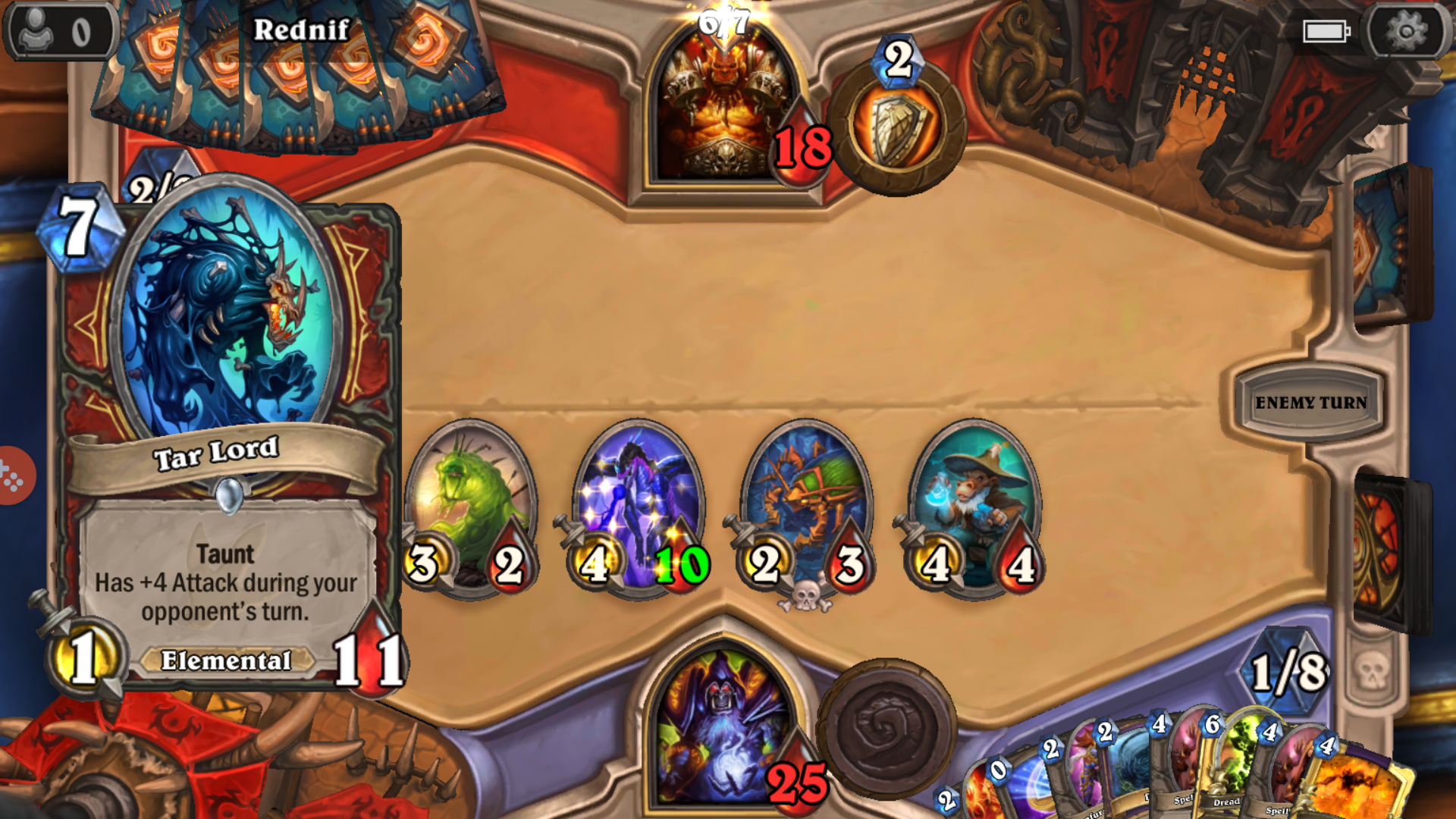 Your other choices are very situational. Vulgar Homunculus is good against aggro decks but it's also worth keeping alongside a Spellstone. If you think you're looking at a lot of weenies minions or tokens, your board clear cards are essential. Against classes that run weapons, keep the Ooze.

You don't need to worry quite so much about Mulligan with this deck compared to others. You're going to be seeing most of your cards in most games.

Winning with Even Warlock means smashing big minions into the enemy's face as early as possible. It's not a control deck and you shouldn't play it like one. Indeed, it's actually so aggressive that it sometimes runs Charge cards like Argent Commander.

Instead, hit that hero power, hard. Fill your hand and fill the board with Giants and Twilight Drakes before your opponent can muster anything to oppose them. If they try to protect themselves with Taunts, destroy them with area of effect or Spellstones or Silence them and keep hitting the face.

Early on, don't worry about your health. In fact, Hooked Reaver can make it quite desirable to punish your own life total. Once you're at 15 health, it becomes another opportunity to play a big minion early on. 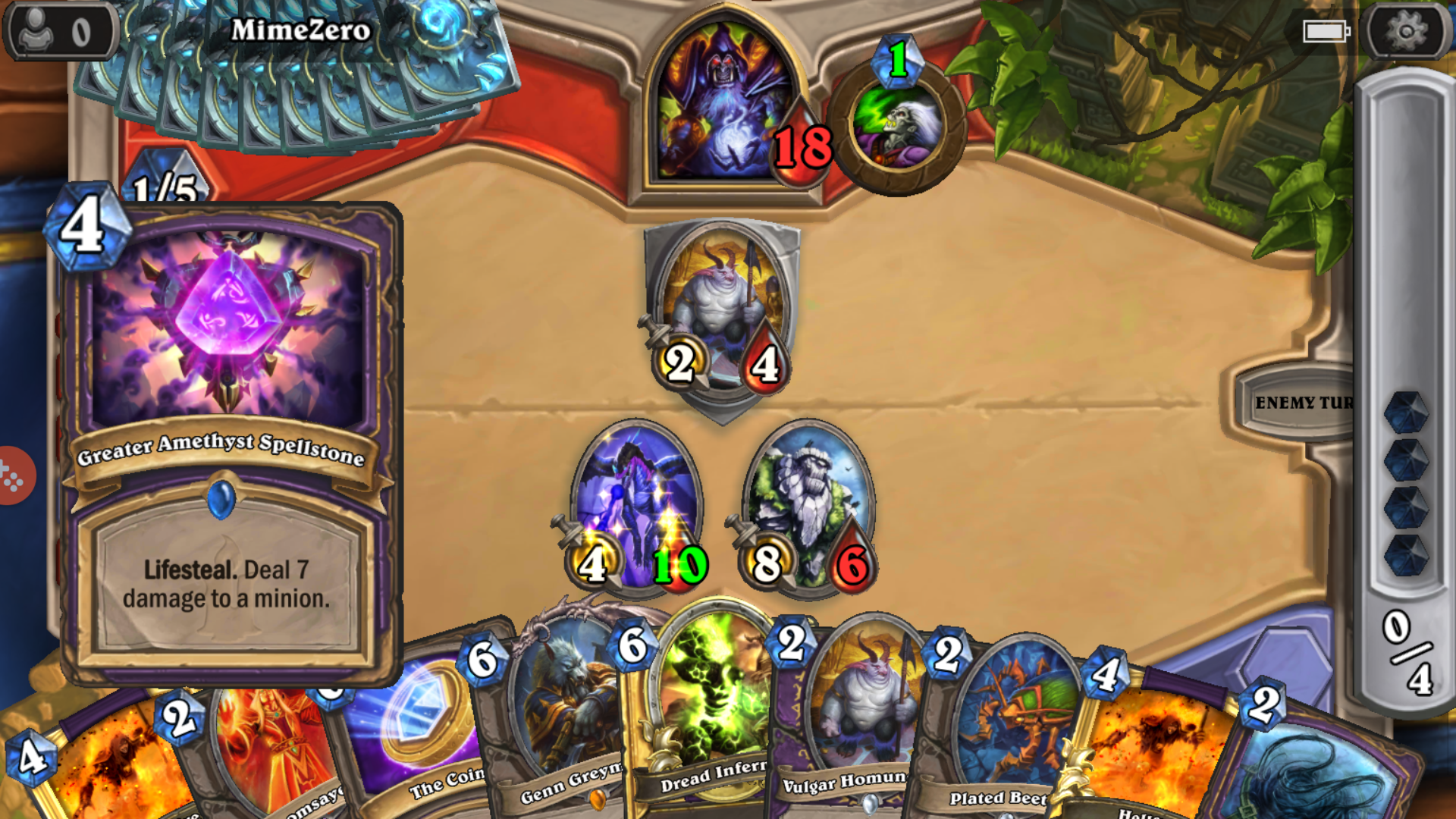 If the game does drag on for any reason, you can use Shroom Brewer to keep your big threats alive. In the event that all your Giants and Demons get neutralised, the fall back win condition is Bloodreaver Gul'dan. You can use his hero power along with respawned demons to close out the match.

Remember, though, that any Hooked Reavers he summons will be 4/4 and without Taunt. Don't rely on them to protect you if you're running low on health.

This is particularly important against Hunter and Mage, both of which can push out massive amounts of direct damage. These are not great matchups for Even Warlock.

Don't ever rely on a single Taunt minion if you can help it, as it's too easy to Silence. This is where Sunfury Protector and Saronite Chain Gang are helpful. Both put up two speed bumps instead of one.

Shroom Brewer is very flexible and it's okay to use it to heal yourself as well as a minion. Better to lose a minion than the match. Spellstone is also a big tempo swing, especially if you've managed to upgrade it. It can take out a threat while healing you at the same time.

Doomsayer is the most difficult defensive component to master. It's based played early, if possible. But always remember that it isn't just for taking out minions on the board. It's also effective at delay, as your opponent won't want to play a minion while it's on the board. It's best used against spell-light classes who won't have much useful left to do.