From rookie to king in a few paragraphs

Netmarble’s Iron Throne hasn’t long been out, but already there’s healthy competition across the Tellurian Empire – players from around the world vying to become a dominant force and forging powerful alliances.

During Iron Throne’s tutorials, the guiding hand of your hoody-wearing oracle Jorya does an admirable job of getting you up to speed with the basics. But there are always those little tips and tricks that’ll make growing your castle and toughening up your troops that bit easier and quicker.

Do your royal duties

Once you’ve established your citadel and everything’s running smoothly, you might be tempted to kick back and relax on your throne. Well don’t. That’s lazy. Succeeding in Iron Throne means completing tasks and events whenever you can to benefit from reward items and buffs. Rome wasn’t built in a day, remember; even Romulus would’ve completed regular quests to level up his citadel (including killing his brother, probably for a resource buff).

If you find yourself staring at the World Map unsure what to do next, tap the Quests tab at the bottom left of the screen. This will show you a range of Daily, Alliance and VIP tasks you can initiate with a simple tap. Once each task has run for its allotted time, you’ll have completed it and can collect the reward. If you don’t fancy hanging about, use a Speed-Up item to rush the event, or activate VIP status for instant completion.

Be sure to level up as soon as possible to unlock the myriad game-play modes – these will give you more opportunities to grow your citadel, with new challenges to complete for crucial buffs and essential items. Dimensional Battle is unlocked at level 4, Town Quest at level 8, Battle Royale at level 12, Team Deathmatch at level 14 and AR mode at level 15.

And don’t forget, just logging in daily will give you a reward. From the Event Centre menu, tap Log-in Reward to win everything from resources to speed-up items.

In Iron Throne, your main resources are Food, Wood, Iron, Stone and Silver. To become the most powerful lord in the land, you’ll need to gather resources like a hoarder at a car boot sale. That means doing everything you can to maximise the output of your mines and farms, as well as completing tasks with high-resource rewards.

Your Heroes play a crucial part in your castle’s resources. Certain Heroes boast special traits which increase gathering speed and resource production. These can be enhanced with equipment sets such as Overseer Production, Collectors, Eldred and Treasurers. You can also appoint a Hero as your citadel’s Treasurer for further bonuses to resource production rate and cost.

Remember that resources are just as important to rival players. If they see your pockets are stuffed, they’ll go after you first. The resources you have banked in your inventory are off-limits to ransackers, but resources you’ve redeemed are there for the taking. A trick to put them off the scent is to only redeem the resources in your inventory when you need them, for example if you’re about to complete a building or troop training task. That way, your castle won’t be such a target.

In Iron Throne, making friends isn’t just about having somebody to impress with your drunken tales of battle past – it’s about staying alive. Form an Alliance, and you can request reinforcements during an attack, as well as rally against a particularly tough castle, monster or stronghold. Plus, build shared structures such as Defence Facilities and an Alliance Castle for perks ranging from increased resource production to decreased enemy health. There’s strength in numbers.

You can also ask members for help with daily tasks such as building and research – and win Alliance Points as a result, to spend in the Alliance Shop on buffs and resources.

And, as if that wasn’t reason enough to become a social butterfly, simply checking in with your Alliance will give you a nice little reward. The more members checking in, the bigger the reward. 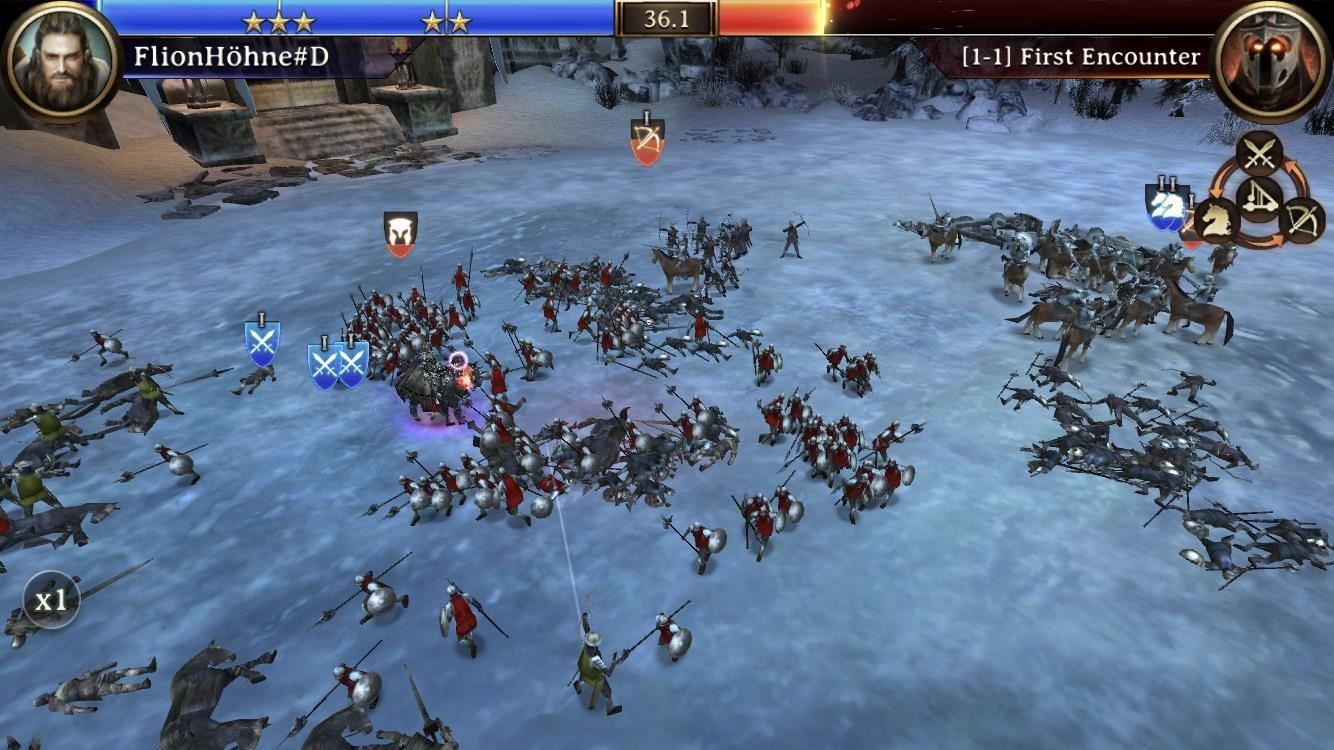 Fools rush in. When you spot a rival castle you want to pillage, formulate a plan of attack. Your Watchtower’s Scout function lets you take a peek at enemy stats such as their equipment, Lord level, troops and more. The more you upgrade your Watchtower, the more information you’ll get.

After scouting the enemy, you can decide whether you’ll need the help of your Alliance members to defeat the castle – in which case, the Rally option calls your friends to your assistance. For tough opponents, you’ll also want to ensure you’re buffed ahead of battle; equip items granting buffs, and use the temporary buffs rewarded for completing certain challenges to give you the edge. 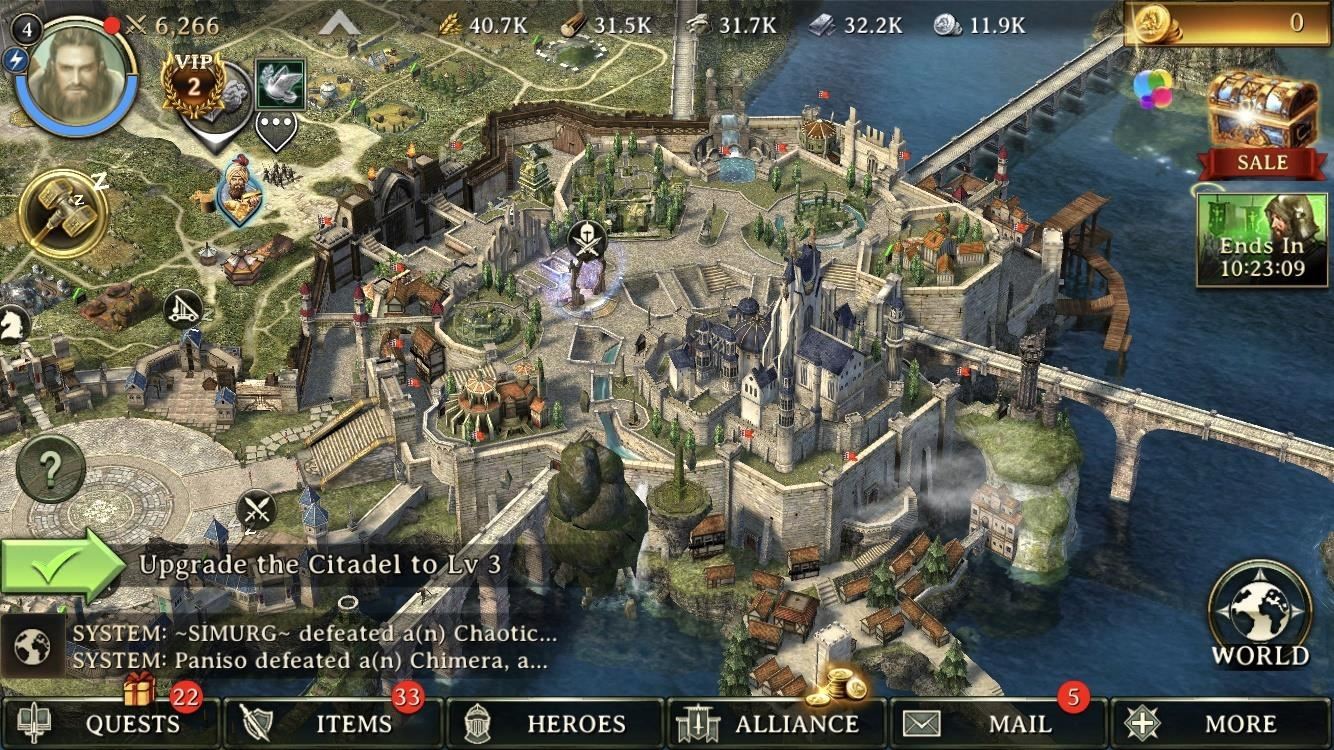 Toughen up your troops

Though your Heroes are your ace card in battle, your troops are the rest of the pack, and essential to winning any fight in Iron Throne. When you’re deciding on your Heroes’ equipment and traits, keep in mind those that grant buffs to your troop attack power as well as training speed. Appointing two of your Heroes as Guard Captain and Treasurer respectively also grants a boost to your Training and Castle Defence – but pick the Heroes with traits most appropriate for the roles.

You’ll also want to upgrade the buildings which determine your troop strength and the troop tiers available to you. They’re the Stable, Training Grounds, Siege Workshop and Archery Range.
Keep upgrading your Barracks and Command Centre, too. Your Barracks determines the number of troops you can train at any one time, while the Command Centre affects the number of troops you can deploy.

And don’t forget to do your homework. Your Academy allows you to conduct research, and researching Troop Buffs increases the overall strength of your army.

Put our tips into action and see how far you can climb the ranks by logging into Iron Throne. Or, if you’re a total newbie, download Iron Throne from Google Play or the App Store for free, and be sure to follow our Beginner’s Guide.