Though we haven't chatted about Subway Surfers' animated show since last December, you'll be pleased to know that the first episode is now out on SYBO's YouTube Channel. Be sure to check back each week for another episode. 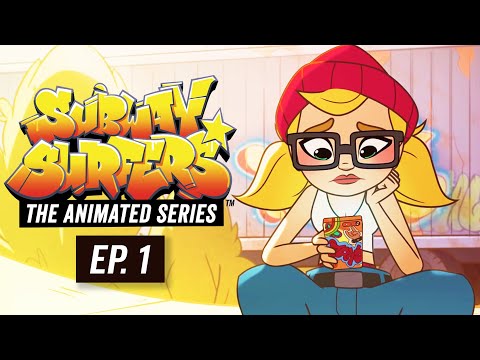 Scripted by Francesca Marie Smith (Hey Arnold!) and Brent Friedman (Star Wars: The Clone Wars) and produced by Sander Schwartz (Justice League, Teen Titans), it's simple to say Subway Surfers has some big names behind it.

Of course, if you don't know, Subway Surfers is a highly popular iOS and Android game where you skate along subway tracks, dashing and dodging at speed.

The series itself introduces you to the four characters you know from the game: Jake, Tricky, Fresh, and Yutani. In it, the four besties have to navigate the wonders of their magical city on skateboards whilst also dealing with the trials and tribulations of teenage life.

Though the episodes are only four minutes long for now (with 10 made), there's a longform series in development, slated to launch in 2019.

Whether you're invested in the game or not, this first episode is good which surprised me. Not because I thought it'd be bad, but rather that I'm not its target audience. Everything about its composition, from its animation to its audio, breathes quality, so I'm excited to see where the rest of the series goes.

Fortnite is coming to Switch according to the Korean ratings board