Life is rarely nice. Or easy. Or fair. Or anything positive, really. And yet, despite this, even the darkest of video games manage to find a light of hope at the end of the tunnel.

Not Shin Megami Tensei: Strange Journey Redux. Oh no. This game adores misery, and threatens to drown you in it.

A world away from your typical cast of cute JRPG archetypes, here we have your nameless silent protagonist, and a set of military types and scientists.

They're armed with the latest in human technology, and are going into a plasma tornado centred at the South Pole which looks set to envelope the globe.

In addition to that, the tornado seems to have created some sort of rift in space and time, and maybe even reality.

Demons populate the centre of the phenomenon, and deep inside the ice caves of the South Pole you'll find ruined human civilizations, palaces, and more.

It's a lot to take in, honestly, and even explaining to people the basic premise of the game has been a challenge, as you're immediately thrown into the chaos, and the plan goes awry pretty much instantly.

From the start, you're out of your depth and feeling a bit lost, both in terms of narrative and gameplay.

Anyone who has played a Shin Megami Tensei or Persona game will at least have a good idea of how battles go, though. Moves like Garu, Agi and Zio might be confusing at first.

The key here is using a variety of moves to sniff out an, enemy's weakness and then exploiting that gap in their armour. 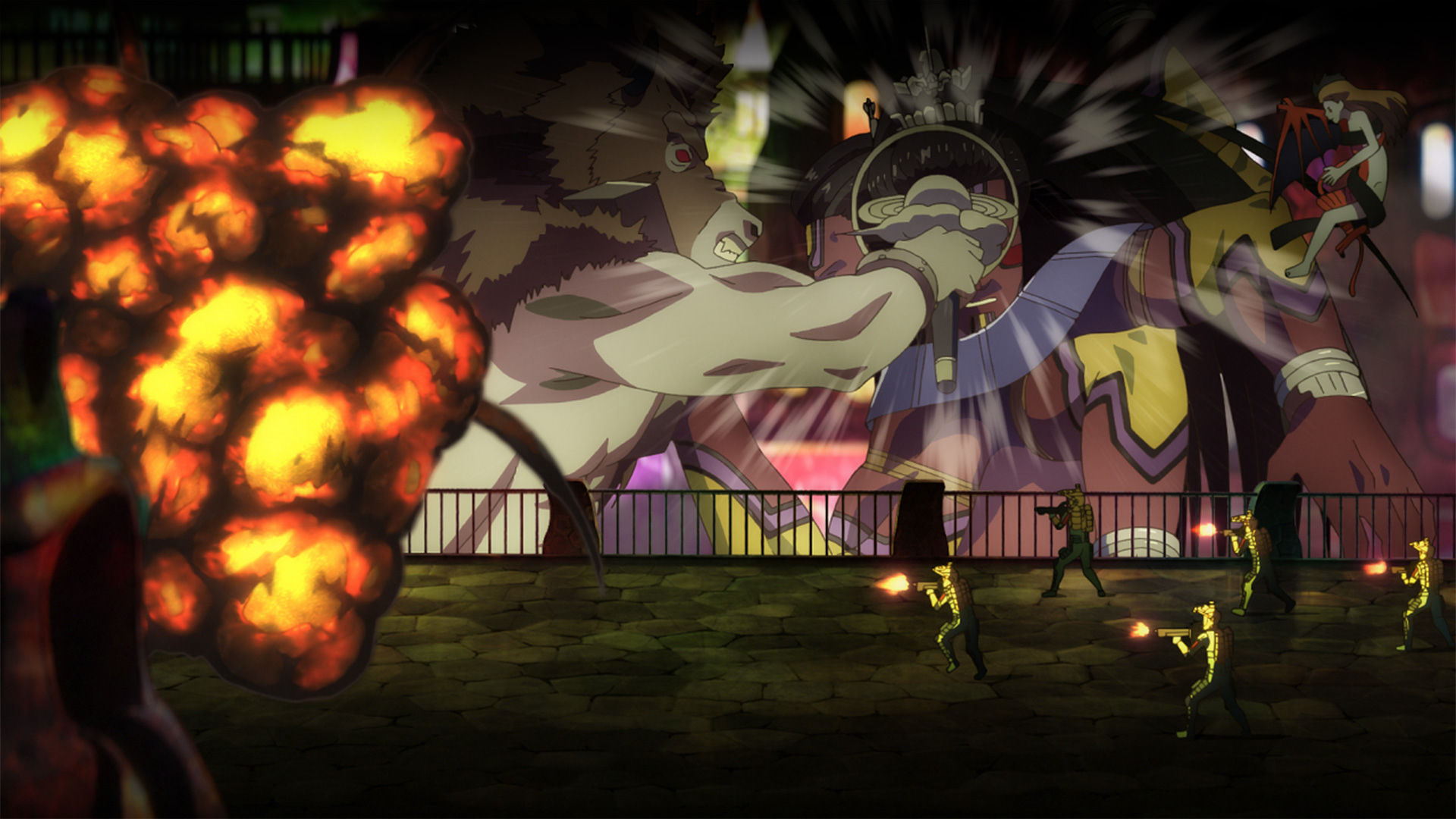 You'll take a team of three demons into battle with you, and just like in other games in the series, you'll be convincing them to join you in a battle of words, selecting the answers that suit their personality type in order to get what you want.

Some demons are going to be easier to chat with than others, depending on your alignment, but through demon fusion you'll be able to get all the demons you want, eventually.

Exploring the labyrinthine dungeons is the meat of the game, and it plays out in a way that'll be familiar to anyone who's played Etrian Odyssey or Persona Q.

You explore a 3D, grid-based world, and every step you take is recorded on your bottom screen, filling out a detailed map. On future visits you'll already know the optimal routes to take and where all of the save points are.

Again, it's another element that'll feel a bit obtuse to brand new players, even if you pay attention to the tutorials. With time the satisfaction of leaving a dungeon with a complete map will be enough of a reward to push through demon ambushes and devilish traps. 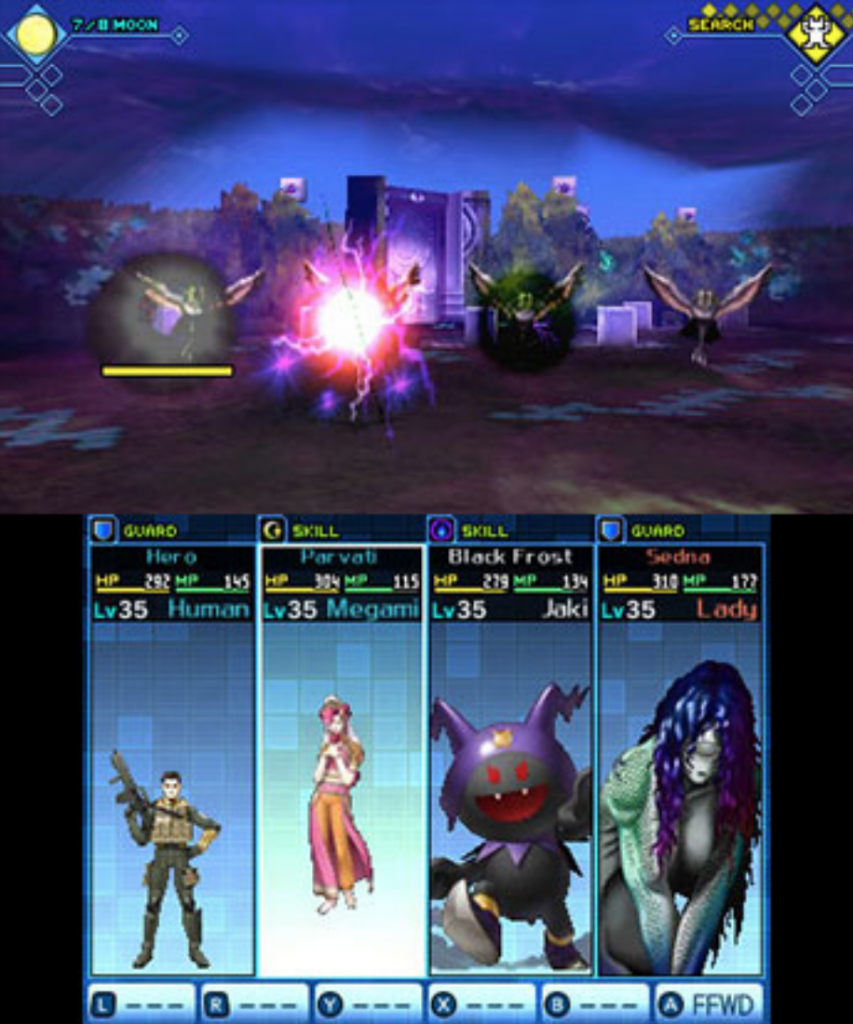 If you didn't know already, or couldn't tell by the Redux in the title, this is actually a remake of the DS game, Shin Megami Tensei: Strange Journey.

Here all of the character art has been tidied up, music has been remastered, and full Japanese voice acting has been added (no English, sadly).

But this is every bit as challenging and intriguing as the original, just with a fresh coat of paint.

That fresh coat only highlights that aforementioned misery, though. As soon as the plan goes awry your team mates mentally start cracking, only thinking about escape, even in the knowledge that the failure of their mission will result in the end of the earth anyway (illustrated beautifully by a short cutscene if you get a game over).

Team mates will go mad, commit suicide, and generally will be a bit difficult to chat to. The depressing environment highlights the seeming hopelessness of the task at hand.

It permeates every aspect of the game, from the difficult and often insulting demons, the lack of confidence in your team mates, and the overwhelming alienation you feel each time you reach a new floor of a dungeon and find yourself without any map. 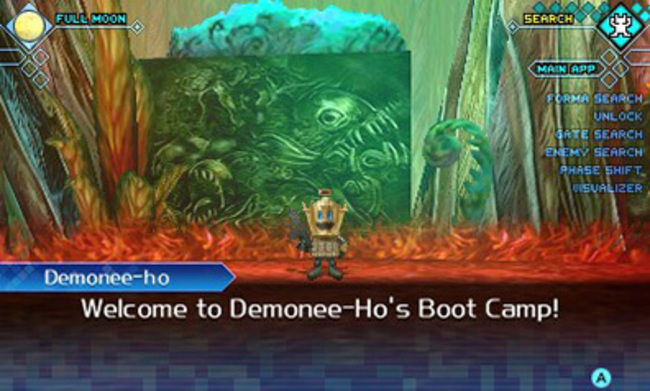 But of all of this combines to make a game that has absorbed me more than its contemporaries. The confusing and convoluted narrative slowly breaks down into something slightly more digestible, and the battles start to grow more familiar.

Everything slots into place, and for my money, outpaces and surpasses Etrian Odyssey, Persona Q, and even in some aspects the lauded Persona 5, in its implementation of its elements, from dungeon exploration, to storytelling and battles.

It's one of those rare games that makes me happy to pick up my 3DS again over my Switch, and I've definitely enjoyed the change of pace. 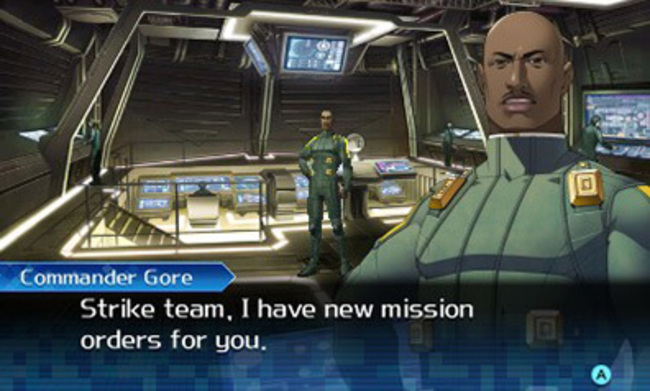 So, should you play Shin Megami Tensei: Strange Journey Redux? It's a solid maybe. The fact is it can be a bit of bewildering experience to those completely new to this kind of game, but if you've already played Etrian Odyssey, or Persona 5, then you'll adjust and enjoy yourself quite quickly.

The story is fascinating, and the gameplay is great but this one might not be to everyone's taste
By Dave Aubrey
| May 21, 2018 |
3DS
Find out more about Shin Megami Tensei: Strange Journey Redux
SEE COMMENTS