There's something inherently compulsive about Disney Heroes: Battle Mode. It's not exactly likeable, but it's perfectly capable of wrapping its tentacles around you and pulling you in.

Plus there's the soft thrill of picking up and unlocking different characters from the worlds of Disney and Pixar. To be honest, I'm still playing it now because I like hanging out with Sully and Boo.

The game is a simple, idle RPG. At least mechanically it's simple. You have very little direct control over your characters. Every now and then their character portraits will flash, and you'll be able to tap them and unleash a special move.

The real meat of the experience involves numbers. You're levelling up your roster of characters in a variety of different ways, adding special skills and toughening them up so they can take on different and more difficult challenges. 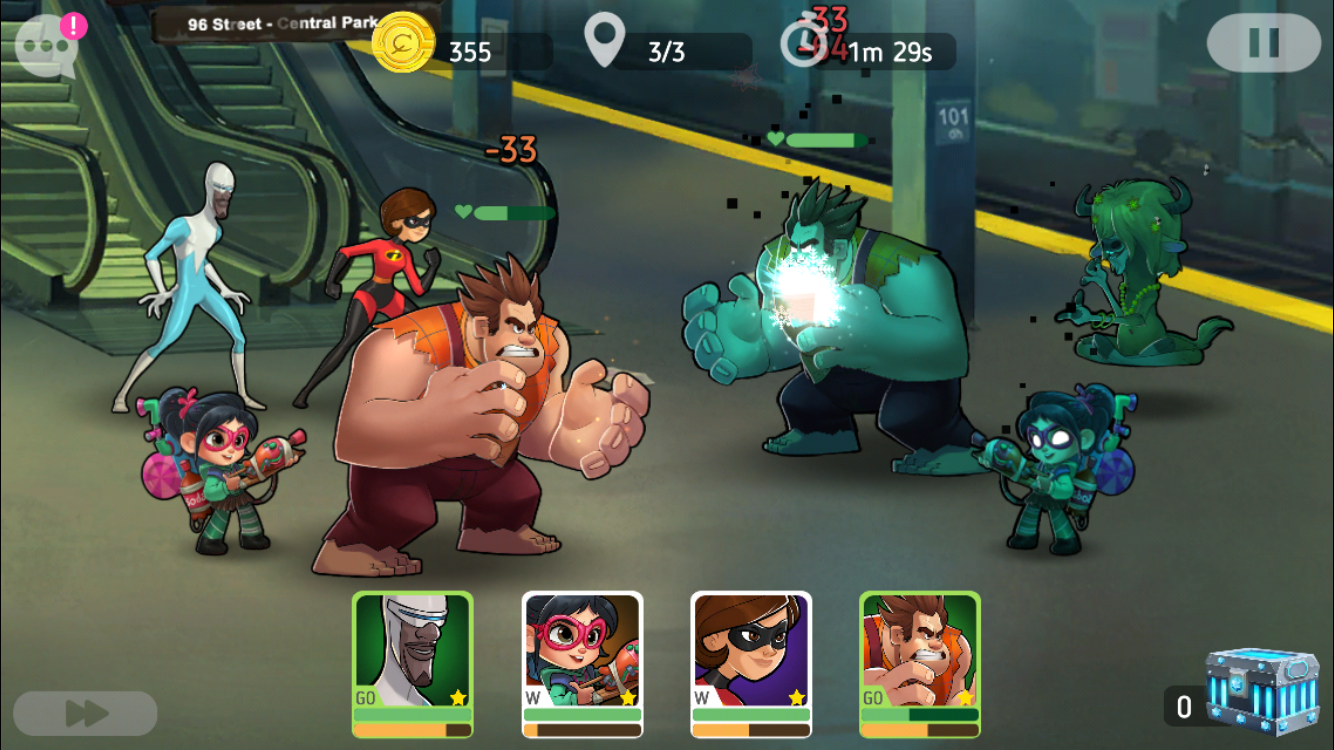 There's a huge amount to do. Well, not do, that's the wrong word. But there's always something to sink your teeth into. You're fighting against computer controlled characters, battling against other players, and taking on a variety of different modes.

The beat is the same whatever you're playing though. You'll face off against a variety of other heroes and minions, smashing them up if you're lucky. Win a fight, get some loot, use the loot to strengthen your team. 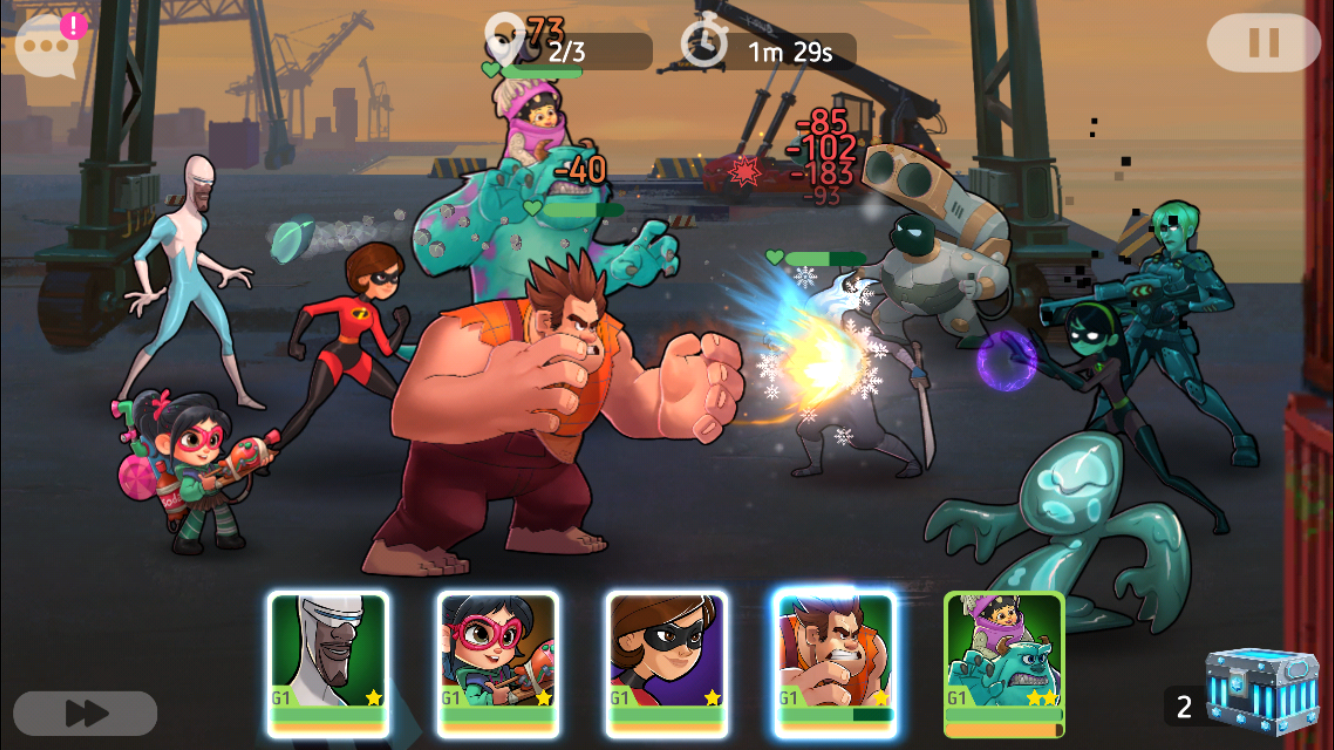 Thankfully the free to play aspects here are spectacularly lenient. I've been playing since the game came out and there's never been a pay wall. There have been times when certain modes have locked me out until I hit a certain level, but there was other things to do to keep things moving.

The thing is, Disney Heroes: Battle Mode does everything that it sets out to do really, really well. No, it's not going to sway your opinion on idle RPGs, but if you're a fan of the genre, there's definitely a lot here you're going to love.

Part of me wanted to dislike Disney Heroes: Battle Mode. I wanted it to make me rage against the inadequacy of mobile gaming. But in the end, there's nothing here that got my blood boiling.

This is a solid, spectacularly well polished experience. It's fun to dip in and out of, and there's enough going on here that, if you're disposed to the fun on offer, you're going to find a ridiculous amount to enjoy.