There are some solid ideas in Node Along. At its core it's a simple high score chaser, but it doesn't throw anything particularly frantic into your face while you're playing it.

That more sedate beat to the play makes it perfect for a more relaxed gaming session than other games of the same ilk, but it also means it's not quite as compulsive as it could be.

The game is all about connecting nodes together. You do that by sliding your finger around the screen. The white line that you're controlling can only stretch so far, so you need to connect to the closest node to move on.

So far, so simple, but the game throws in obstacles pretty quickly. You can only connect to white nodes, and sometimes the nodes are pulsing in different hues. Touch one when it's not white and it's game over.

There are barriers too, that spin around the nodes and will end your run if you hit them. Then there are the sort-of boss fights that see you having to hit different nodes multiple times in order to clear a path. 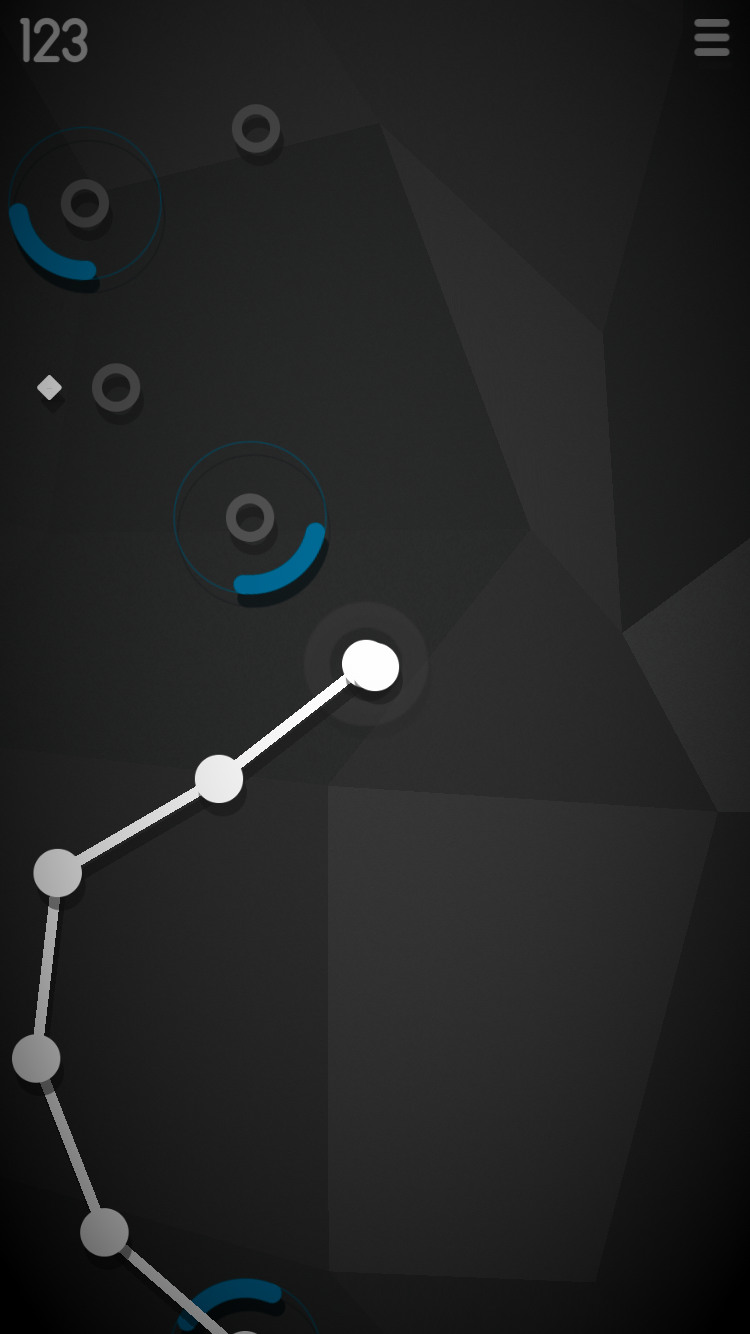 Like I said, there's a sedate pace to the game. Dally for too long and some ethereal force that's chasing you will catch up, but you always seem to have enough time to make a move without worrying too much.

There are coins to collect to, and its these that add up to give you your score. You can pick up coin-doublers as well, in order to rack up the points quicker.

And on top of it all there's a pleasing if minimalist art style. If you've not seen screenshots of the game, it looks pretty much exactly like you're imagining it does.

There's fun to be had here, but that softer pace means that you're going to start doing well at the game a little too quickly to really get the itch. Once you've mastered the controls, there's nothing here that's going to trip you up.

And if that's what you're looking for, then Node Along is well worth picking up. But if you need a bit more of a challenge in your high-score chasing, you'd be better off looking elsewhere.

There are some nice ideas here, but the pace of the game might put some people off
By Harry Slater
| May 17, 2018 |
iOS
Find out more about Node Along
SEE COMMENTS