Ian Campbell's Bleed 2 is the sequel to 2017's pixel party Bleed, and the game drops you right back where its predecessor left off.

After successfully becoming the greatest hero of all time by killing off all the other heroes, our protagonist Wryn now has a bigger problem on her hands - a world ending alien invasion.

The best hour of your life

It took me just over 60 minutes to hack and blast my way through the campaign, but every moment of that hour was so rammed with raucousness that it might as well have lasted several days.

Bleed 2 is video games' answer to the insanity workout. I played the game on ‘normal' but there's four difficulty settings to go through if you're craving a challenge. 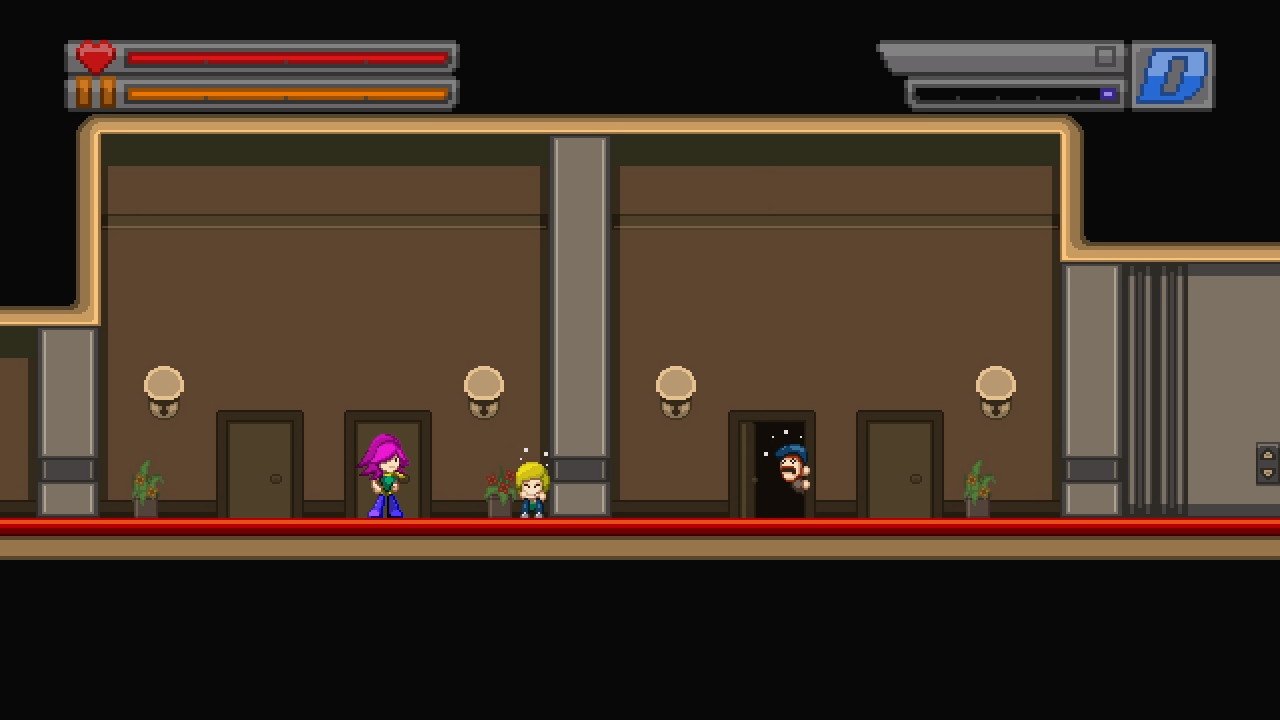 The controls are a little odd to start with, but after ten minutes of heavy mashing they started to feel less annoying. The jump action is mapped to ZR while the attack works by spinning the right analogue stick, making the game a little awkward when the console is in handheld mode.

A cool addition is that Wryn has the ability to slow down time for a few moments, giving you a chance to take a breather when the enemies are a bit aggressive. This feature comes in super handy in encounters where you need to reflect attacks or deal a ton of damage in one go.

Bleed 2 is slightly lacking in the plot department, but its writing is blissfully self aware and continuously entertaining. It doesn't waste effort in an attempt to be deep when it can just be fun.

All shots no plots

The title has a nice air of replayability combined with a co-op campaign and an endless mode that makes the £12 you'll pay for it feel just about right.

Tight controls and levels that vary depending on the difficulty leave Bleed 2 both a casual title that can be picked up for a swift bit of fun, and a challenging one that'll give speedrunners and perfectionists something to do.

Did I play Bleed? Nope. Do I need to to enjoy Bleed 2? Not really. It's not like having to watch all the Marvel films in order before going to see Infinity War.

And just like a good superhero movie - Bleed 2 is a charming little opus I can see myself returning to repeatedly.

A super sharp, violent action game that's worth checking out
By Danielle Partis
| May 14, 2018 |
Switch
Find out more about Bleed 2

Digital board game Brass is on sale for iPhone and iPad, but is it worth a punt?