Super Doggo Snack Time, available for Android and iOS, falls into the category of games that will either keep you going back for one more try, or make your turn off your phone in frustration as you're once again hit in the head with an apple.

The premise is fairly straightforward - you're a corgi looking to catch as much food as possible as it falls from the table above.

Who is dropping fruits and pizza? Why do pictures and vases fall over in the background as you snatch up food? Why does your neck stretch out so strangely? You are but a simple doggo, and not privy to these mysteries. 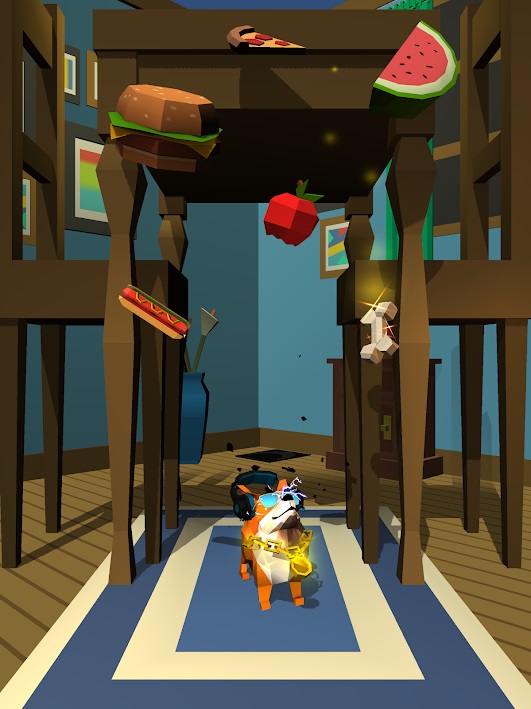 Instead of tapping the screen, you'll hold your finger down to form a circle, and release when food comes within your limited range. It's a nice twist on the usual mechanic, though it definitely takes some getting used to.

Much food. So unforgiving

From there on you're at the mercy of the table scraps, and the difficulty curve is an uphill climb. As the play store page proudly proclaims, scoring 100 or more puts you in the top ten percent of players.

After three days the best I could muster was a lowly 52, earning me a silver trophy.

The game does its best to keep things light, though, which helps offset the frustration of missing that pizza slice once again.

There's a variety of accessories you can deck your pup in, from a top hat and monocle to a laser-shooting visor and tiara. 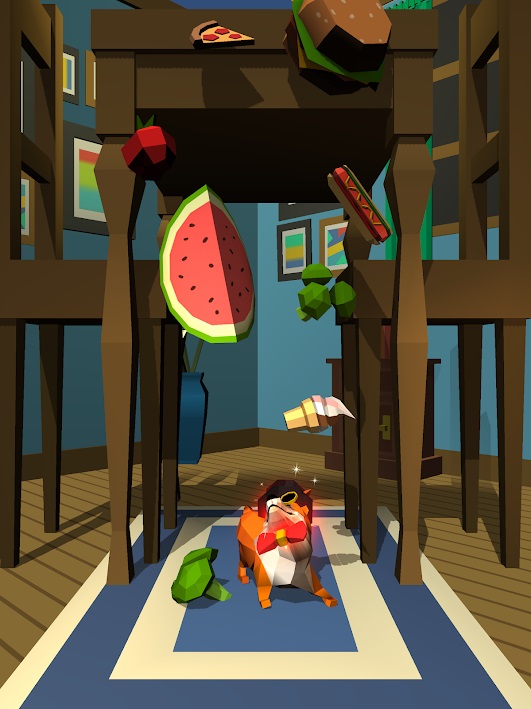 There's a number of dog-themed joked scattered throughout the game, too, and paired with the cute polygon face of your pup, there's plenty here to make a good distraction for short breaks.

If you like arcade-style food snatching, love dogs, and don't mind a rather unforgiving difficulty, you'll find lots to enjoy here.