Big swords, all in proportion

Dungeon Hunter Champions is the kind of game that'll have you swinging massive elemental swords at a variety of enemies for hours upon hours, and as such, you'll need some combat tips.

We love getting visceral with our techniques around here, and you'll need to brush up on all of your moves, elemental type advantages and a lot more.

Luckily we've got all the tips you could need for getting scrappy, so read on for the essential primer you need to go into Dungeon Hunter Champions. 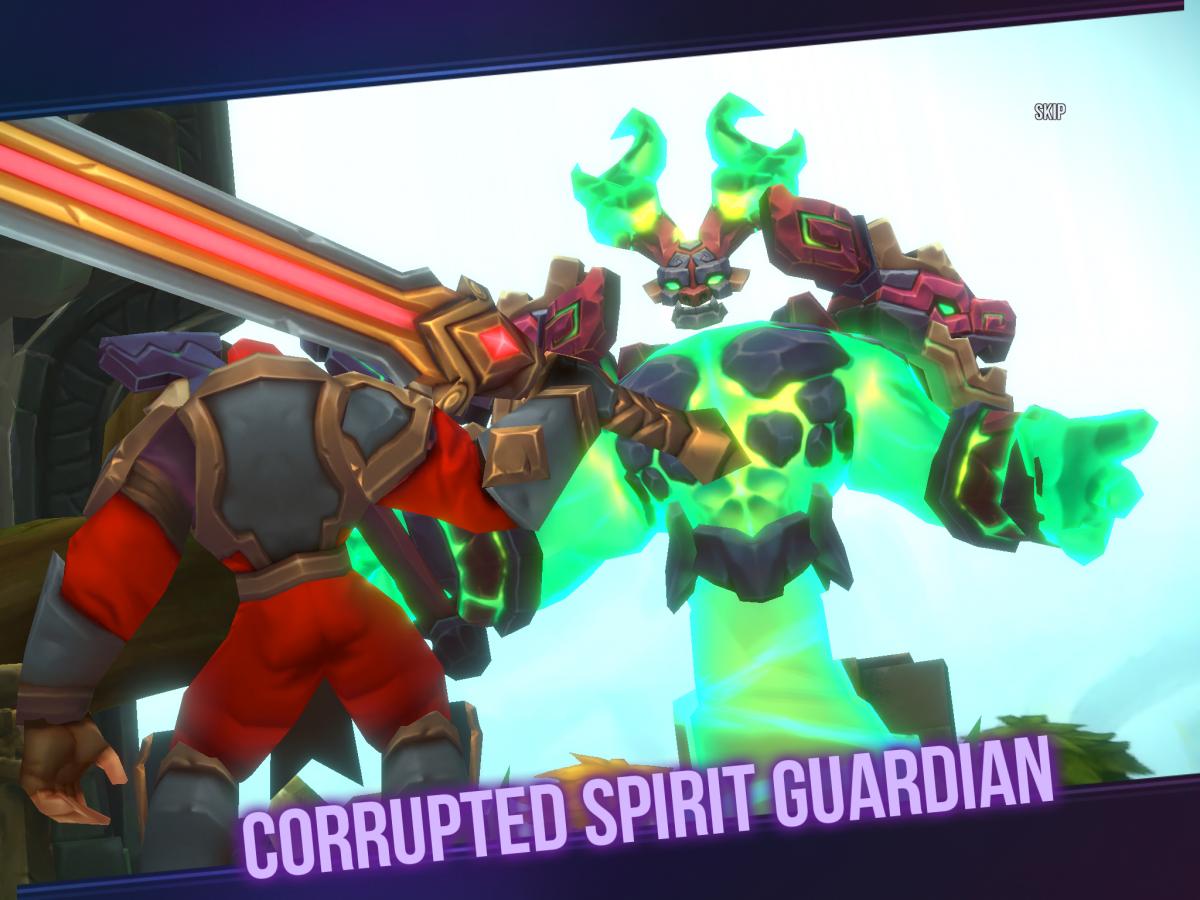 Show me your moves

No matter which hero you're going to be playing as, you need to get used to their move set. Attacks will vary in their range, length of their cooldown, and strength.

You should be able to see which moves heal from little green + marks on the icon, but most of the time you'll be tasked with mainly offensive techniques for you to try.

Make sure to give them all a shot and remember what they all do so you know when to get close and which ranges to stay at, including how to do the most damage of course. 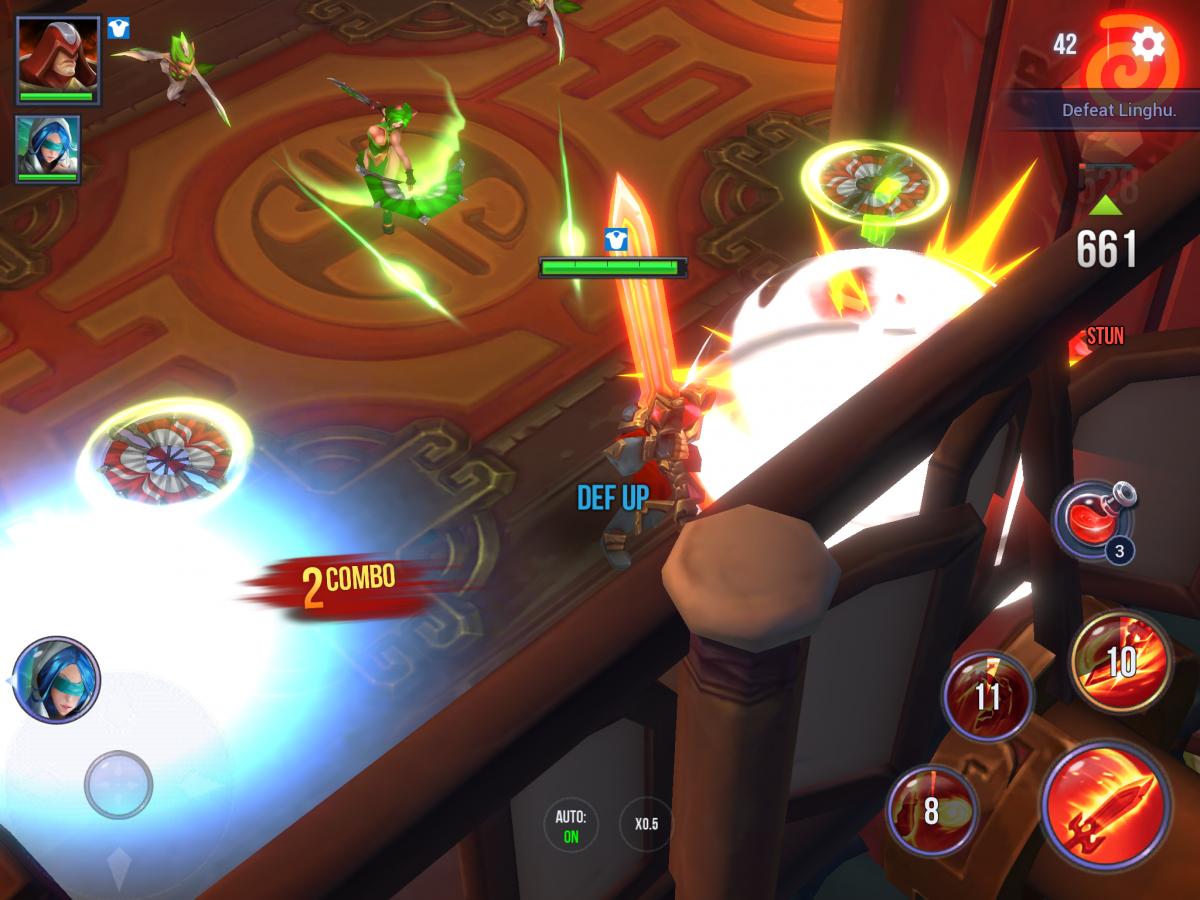 Once you've got a handle on your moves it's focusing on moving in to do damage, and moving out to avoid enemy attacks.

You only really need to focus on larger enemy attacks when it comes to dodging, which will place large red danger circles on the area you need to avoid.

Make sure you remember which of your moves can do damage from a distance so you can use them before getting in range with your other attacks. Enemies that move towards you will move into your range too, allowing you to use the move a tiny bit earlier. 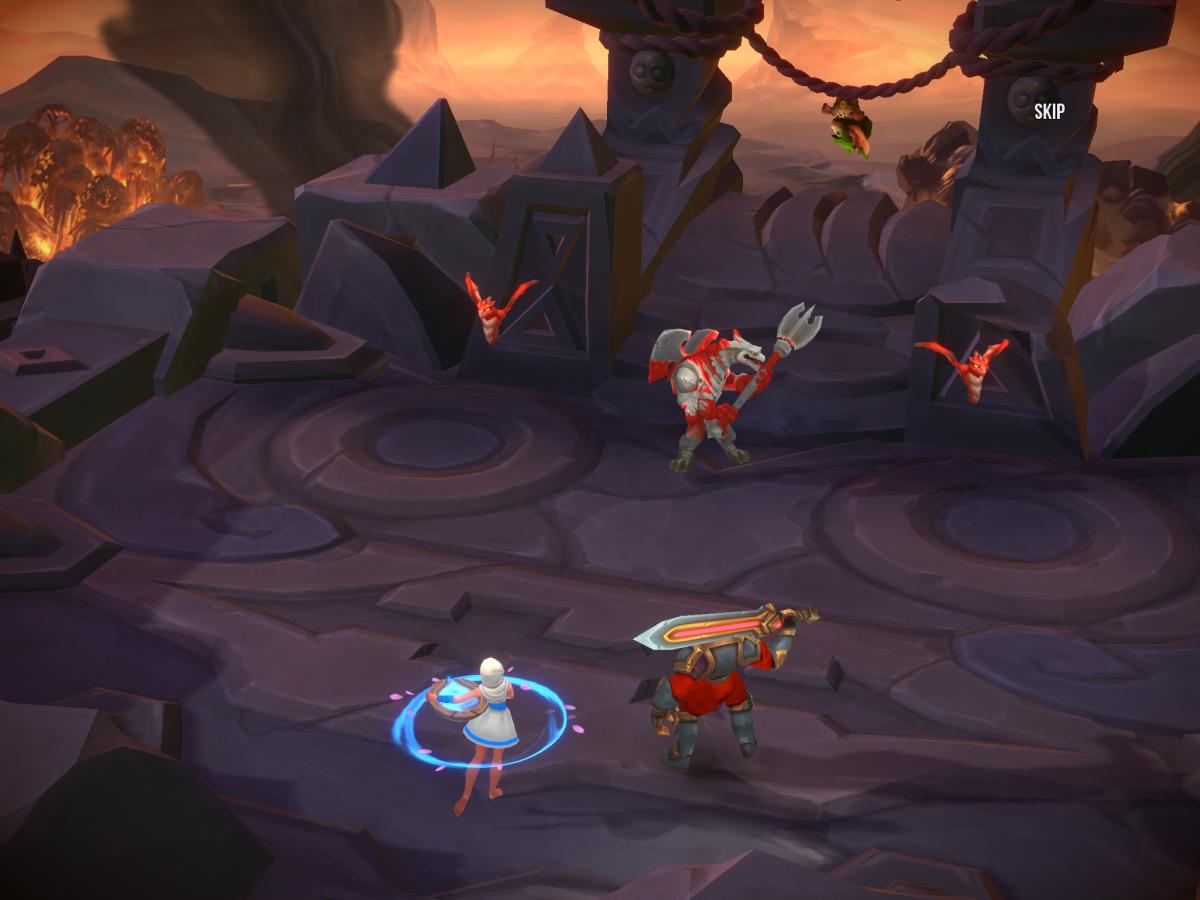 If your character doesn't have a spell or technique they can use to heal themselves you'll be relying on health potions, which are fairly limited.

In these situations it's just a case of making sure you avoid damage as often as possible, and don't use health potions too early to avoid wasting them.

If you do have a healing spell, then health potions are convenient in an emergency, but rarely necessary. 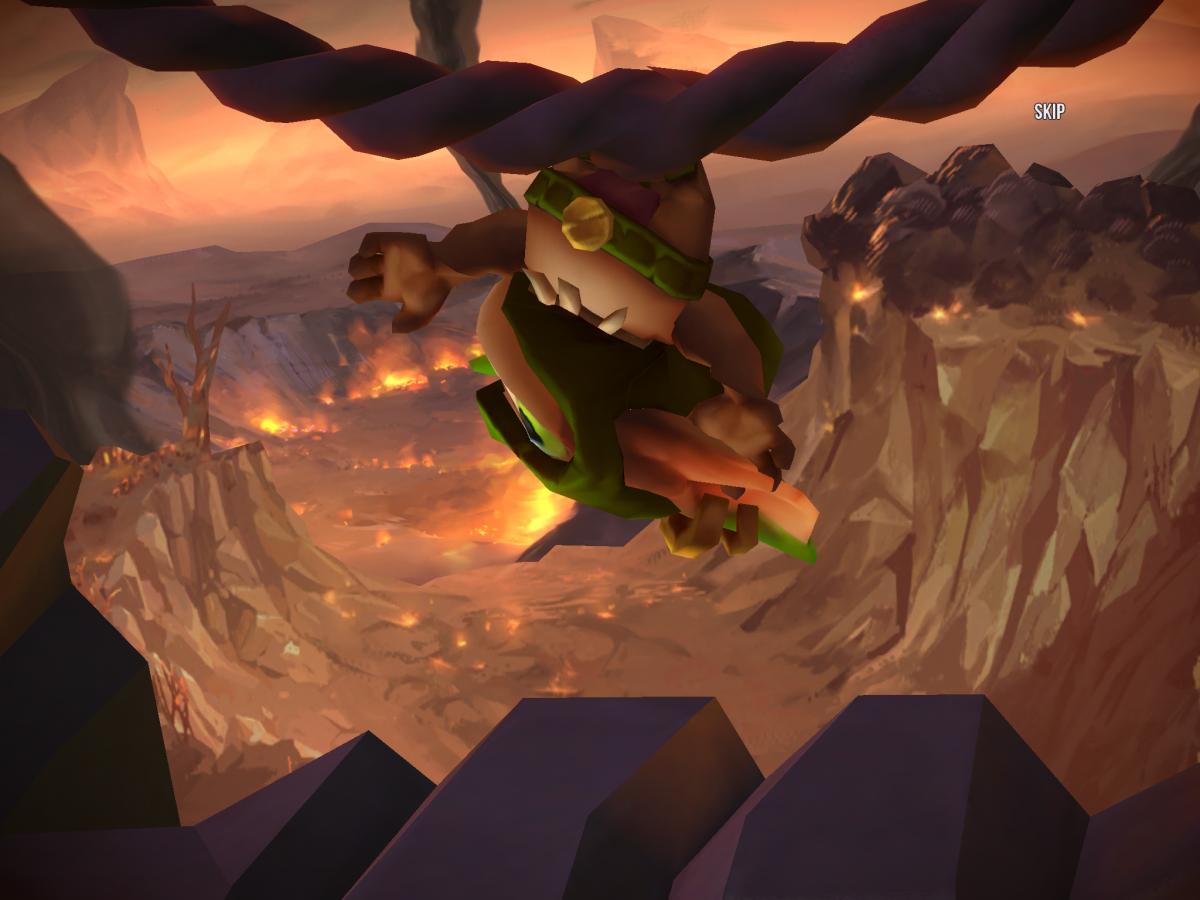 Luckily the game will let you know which element your characters should be as you go into Adventure stages, allowing you to plan out well ahead of jumping into battle.

It doesn't however tell you which characters you should avoid putting into battle, and you'll have to figure that out yourself by taking a look at what enemies you're going up against. 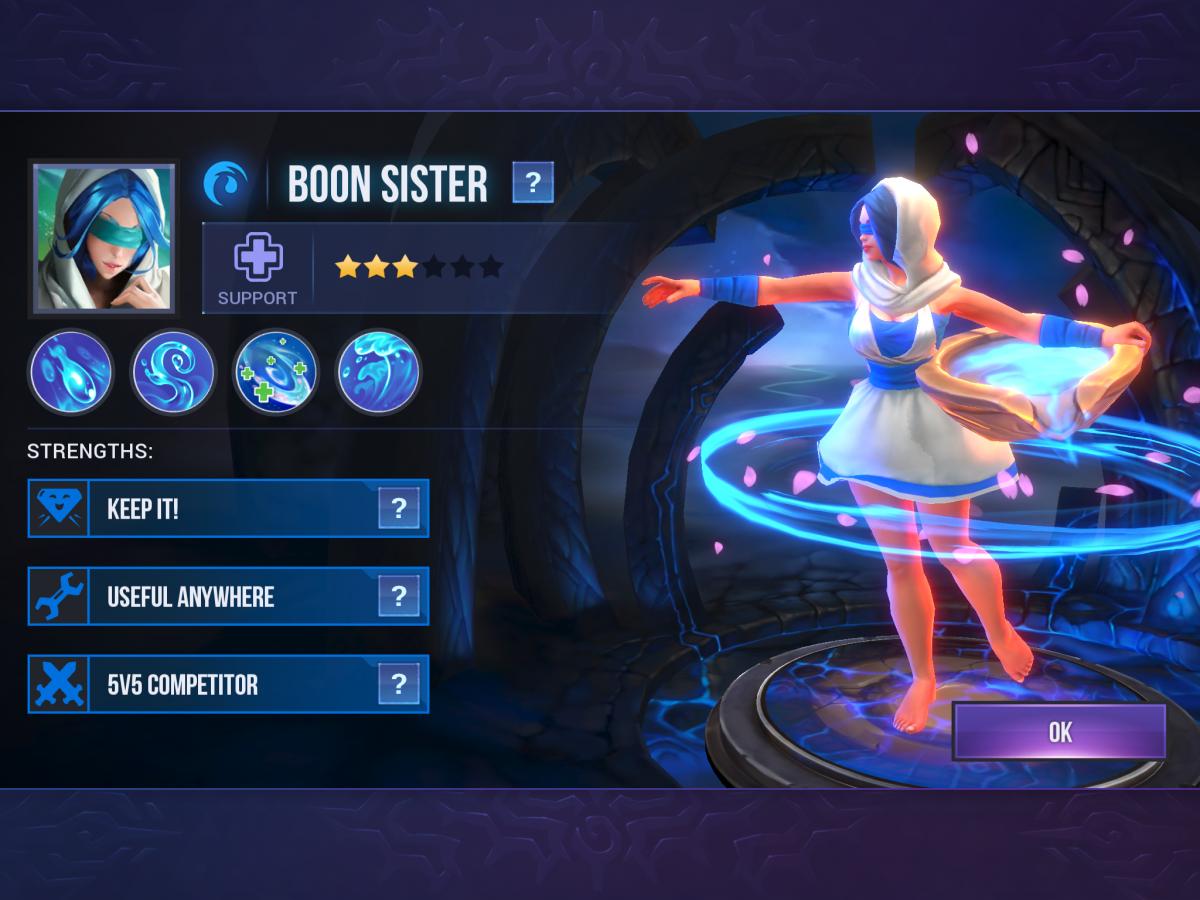 If you're feeling lazy and you're in need of some extra cash and gear, you can always let the game play itself, you know.

When returning to Adventure stages you've already cleared you can tap the Auto icon in the centre bottom of the screen and your characters will deal with the situation themselves - and they'll do a decent job, too.

If you just want to pick up some extra stuff and have the spare energy this is a great thing to do in the background.

The Banner Saga lands on Nintendo Switch next week, but that's not the only thing to get excited about