Theme is an incredibly important thing in board games. It's sometimes easier to get it over in digital adaptations, because devs can layer extra trappings on with graphics and additional story.

So it's probable that if you've played the physical version of Among the Stars, you're going to find this pocket-sized version a little more weighty in terms of atmosphere.

But under the alien races and campaign mode, there's still a solid game of space-station building for you to get your teeth into.

The game is all about building a structure by placing cards. You start with a single reactor, then over a series of turns add more pieces, one card at a time.

Each of the cards you lay down has different effects. Some of them happen instantly, some of them come into play at the end of the game. There's a cost to everything you play too, but you can discard cards to get more cash. 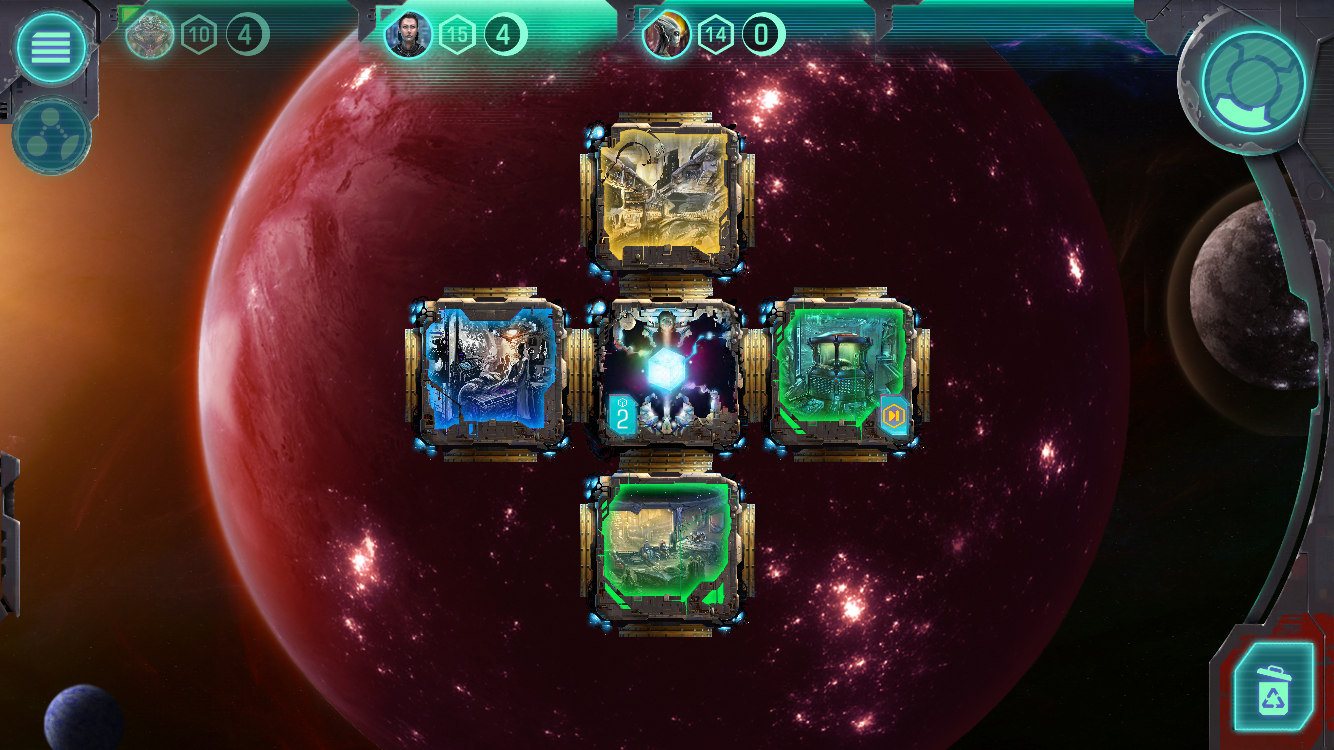 Some cards cost energy too. This comes from your reactor, but once you've used it all up you'll need to add more otherwise some cards will be locked out.

At the end of every turn you swap cards with the other players in the game. That means you need to keep track of what other people are laying down, and formulate plans to ensure your own victory. 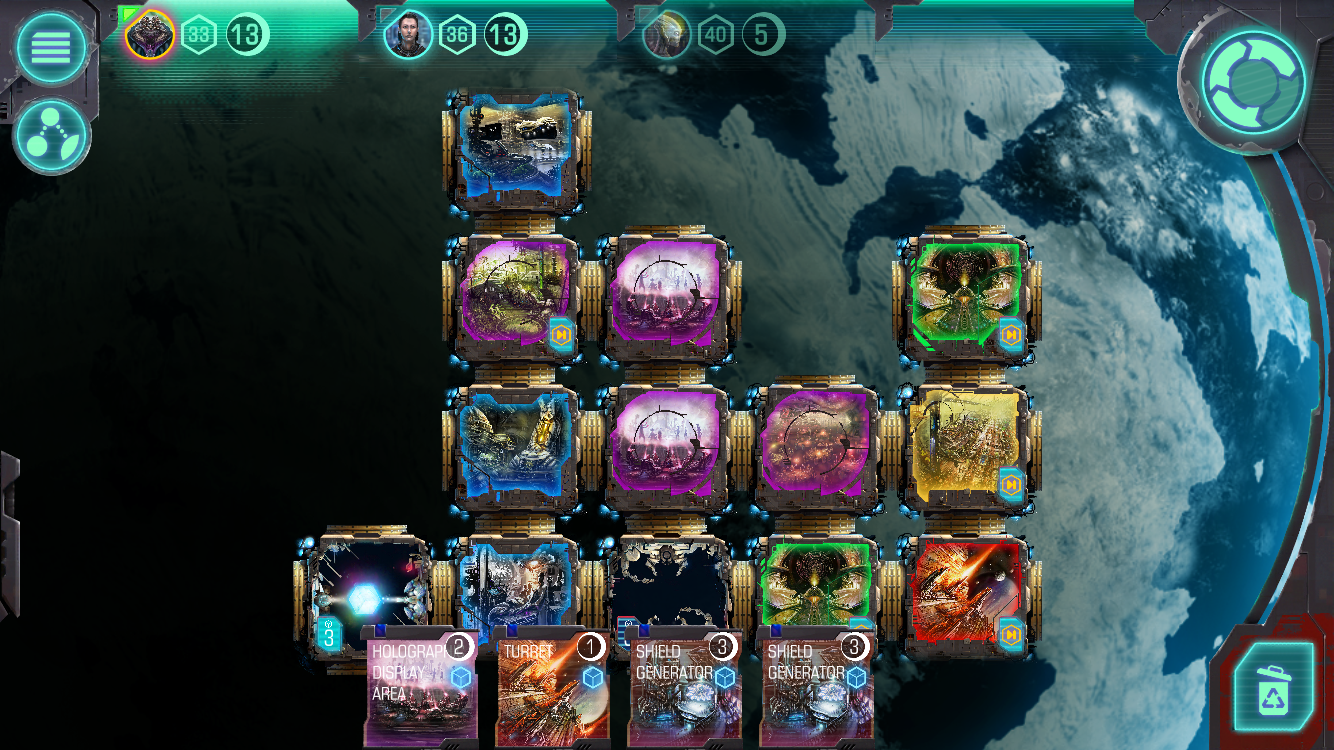 Once four in-game years have passed, your VP totals are totted up and the player with the highest total wins. In the campaign you'll find some missions have different win conditions as well.

Space for a station

Figuring out what to play, what to discard, and what to turn into a reactor is the key to winning. You need to play smart, make sure you're getting the most from each of the cards you play, and keep in touch with the other players too.

Throw in multiplayer and you've got a brilliant adaptation that adds a lot to the core experience. It's not perfect - I had some crashing issues in my playthrough - and some people might find the card-laying a little lacking, but for the most part it's a blast.

A thematically strong card-based building game that's an awful lot of fun
By Harry Slater
| May 10, 2018 |
iOS
Find out more about Among the Stars