The most interesting cards in the Witchwood are those that give decks a bonus for only using odd or even cards. Paladin is the luckiest class right now, because it's the only class that has competitive variants of both.

This "odd" version of the deck is a souped-up version of the classic aggro Paladin archetype. It sacrifices some powerful cards to be able to flood the board with cheap minions and buffs.


Baku is the main legendary in the deck, and it's essential. If you can't include it, you might as well play vanilla aggro Paladin. Prince Liam is easily removed if you don't have it, as it's a late game play for longer matches.

The Epic cards are more replaceable. Level is a helpful card to swing the game, giving you both protection and a damage burst. But most opponents will see coming and do everything in their power to kill off your Silver Hand recruits. Corridor Creeper is a great tempo play, but it's not strictly essential. 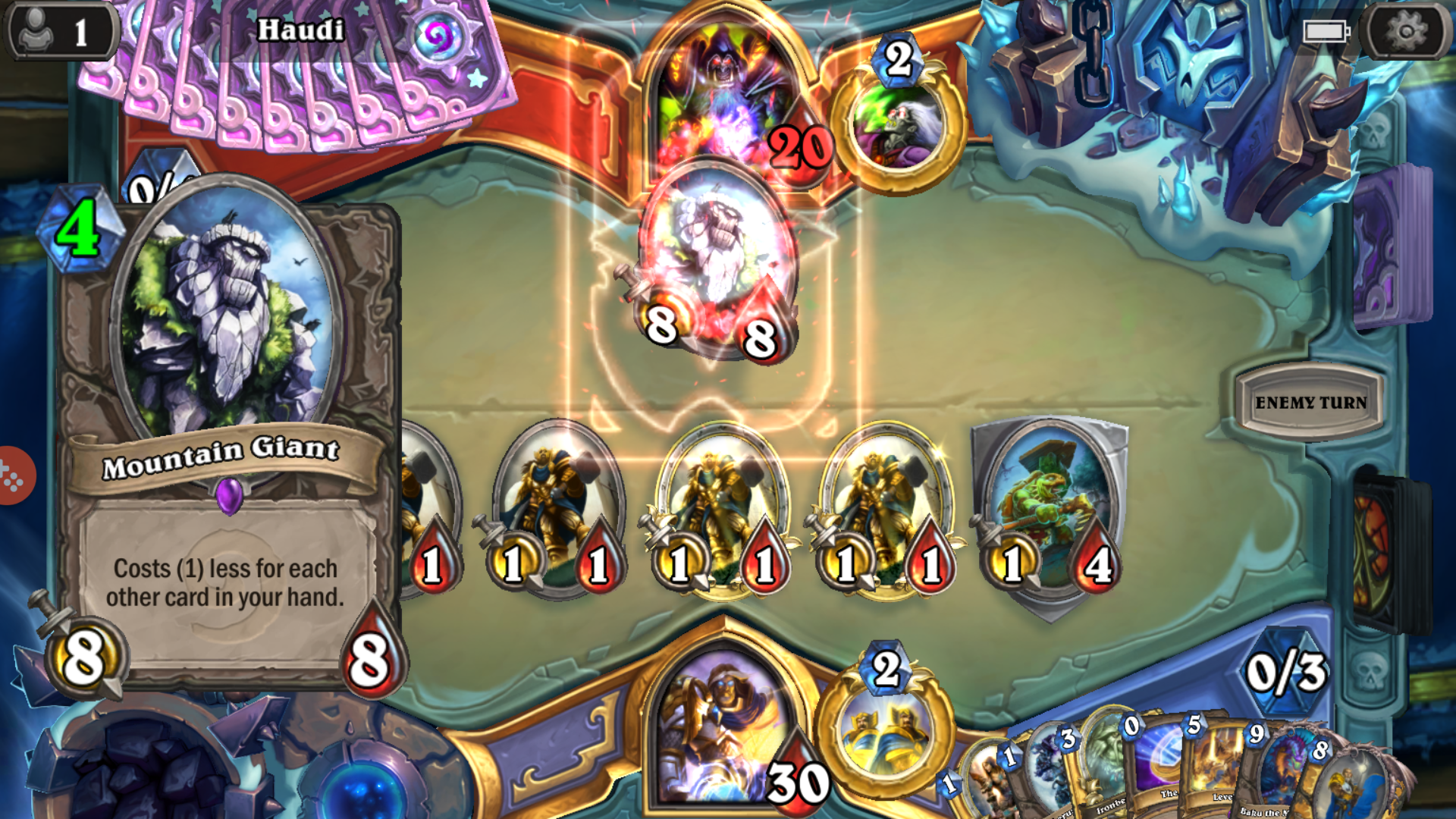 You have lots of options for cheaper replacements. Cobalt Scalebane is a pretty good alternative to Level Up, for starters. An Ironbeak Owl is often helpful to get past big Taunt minions like the dreaded Voidlord.

At heart, this deck is all about tempo, so good value low cost cards are always worthwhile. Think Dire Mole or Glacial Shard if you need to pad out your deck.

Whatever you're up against, you want to hit the ground running with a good 1-mana card. So always keep at least one of Lost in the Jungle, Fr and Argent Squire.

The other key card to watch out is Unidentified Maul. A third turn Maul can be a great play, buffing three minions before your opponent has had a chance to get rid of any.

Unusually, these mulligan suggestions hold true whether you're up against control or another aggro deck. The only extra options to consider when playing control decks is Level Up. It may seem an odd choice but it's such a huge tempo swing with three or more Silver Hand Recruits that it can be a game winner.

The great strength of this deck is that it can flood the board from almost nothing. With your hero power adding two bodies per turn and a ton of buffs in the deck, you can keep on coming back from an empty board.

So, although this is an aggro deck, its number one early priority is keeping board control. You can afford to trade minions one to one if necessary as there are plenty more where they came from. And if you're the one dictating the trades, you can ensure you get the best value from them. 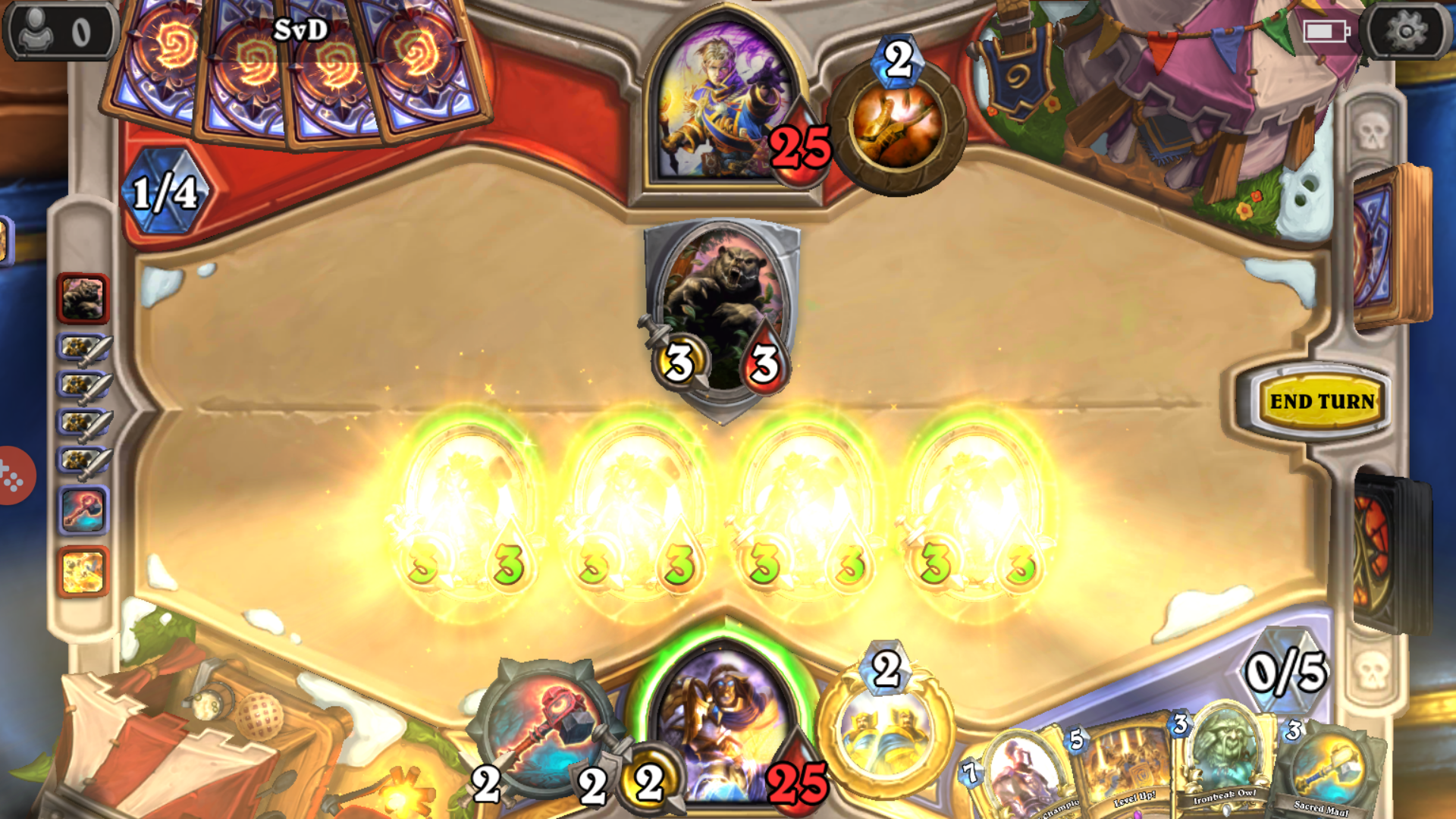 Against other aggro decks you can afford to play cards before spamming your hero power. They don't often run area of effect damage or Taunt minions, the two effective counters to this deck. Instead, empty your hand, control the board then use your power to get ahead.

With control, the opposite is true. Unless you've got Divine Favour, you want cards in hand to re-build board presence after a clear. You want to force the control player into an awkward balancing act. They have a limited amount of counters. If they use them on Silver Hand Recruits, you can put out better minions. If they don't, you can buff the recruits and grind them to death.

You have the potential for some huge swing turns with this deck, and you want to use them. Fungalmancer and Level Up both allow you to put massive value on the board from nowhere.

You shouldn't need a whole lot of defence if you're playing this deck properly. Stonehill Defender can buy you a turn or two if you need it, especially against aggro decks. Watch out for the card offer it gives you. Since this is a Paladin deck it can include Sunkeeper Tarim which is super-powerful in this build, but normally excluded because of its even cost. 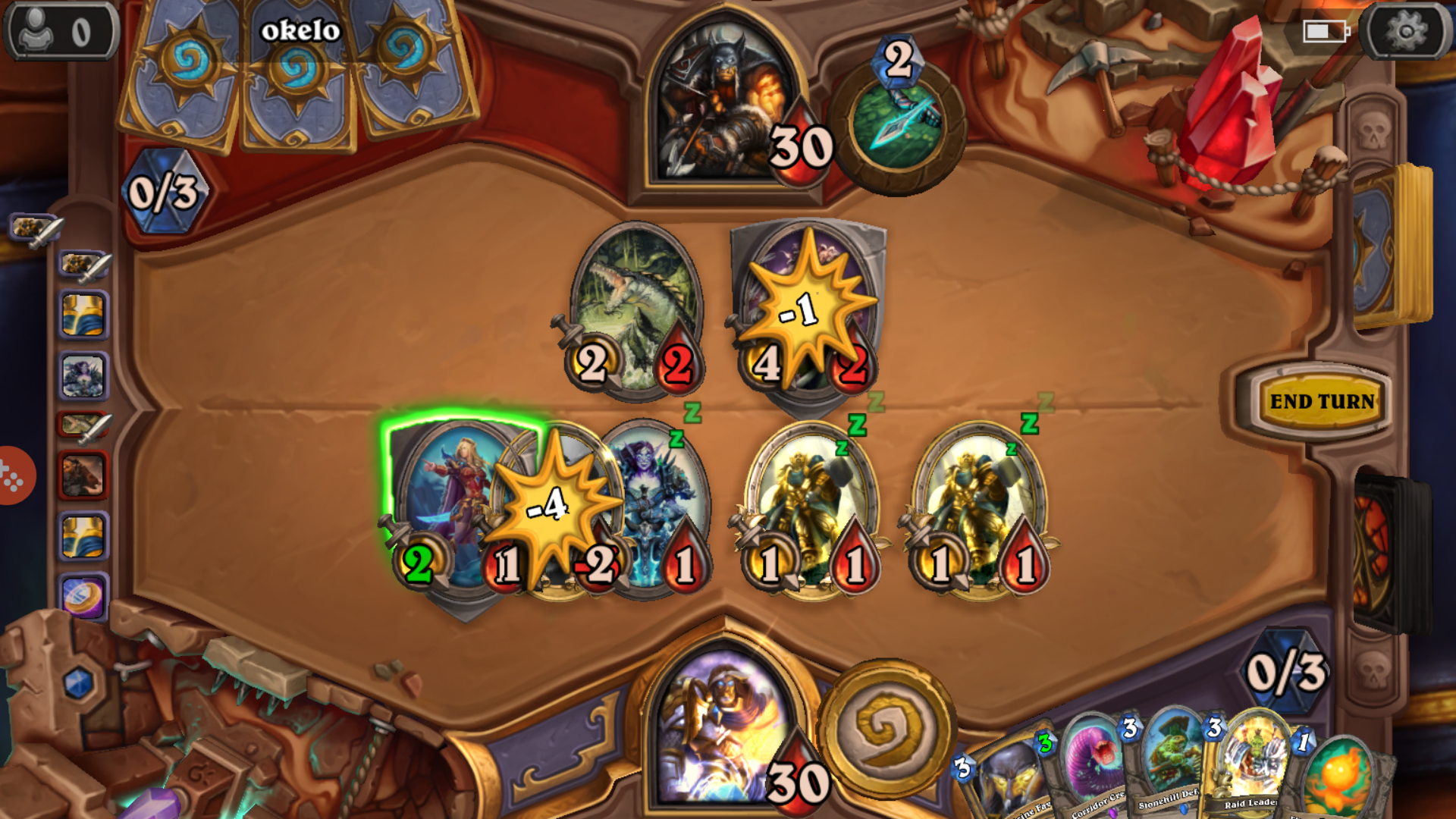 You can also get Taunt from Unidentified Maul, but it's absolutely the worst effect that weapon can have. The damage buff is handy for a turn of carnage, but don't expect it to win you the game. The real boosts are the health buff and Divine Shield. Keeping Silver Hand Recruits alive means you can plaster them with further board buffs for huge value.

All the weapons in this deck are powerful defensive tools. They let you take out an enemy minion with your hero while adding value to your own board.

There's a lot of variation in this deck and a lot of buff effects. Every turn you need to be aware of what those variations can buy you to get the best value. Look at the numbers, work out the trades, and plan your plays.