And Pokemon GO Fest Chicago is having a comeback

Never ones to be thwarted by past disasters, Niantic has a whole summer full of Pokemon GO fun planned for trainers around the entire globe. Pokemon GO Tour begins this June in parks around the world, and you’re sure to find something going on in your neck of the woods. 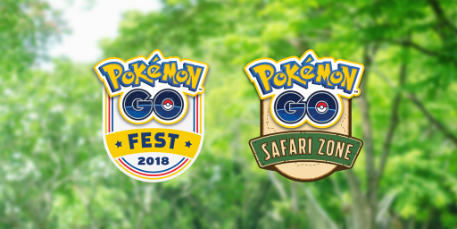 In Dortmund, Germany, trainers in Europe will enter the Safari Zone event, offering a chance to catch endless Pokemon with the help of your local community. The festivities will be held in Westfalenpark, known for its water features, Japanese garden, and pleasant greenery. Niantic will be hosting activities throughout the surrounding city district, too. If you’re planning on making a trip out of it, Niantic has all of the details on the event’s site. The Safari Zone event will be coming to Yokosuka, Japan later on in the summer along with an as yet unannounced event for players in Asian countries as well.

Meanwhile in North America, Niantic is having another go at Pokemon GO Fest in Chicago from July 14 to 15. The event, titled A Walk in the Park, will be held in Lincoln Park, offering nearly two miles of pleasant greenery and Pokemon-themed activities. Passes go on sale on May 11, and you can find them on the event’s website.

Of course, if you can’t make it out to one of the events in the Summer Tour, Niantic’s still hosting a series of Community Days throughout the coming months that offer up plenty of activities for all players.

Will you be attending any of these upcoming events?

Mobile VR didn't work out, but Oculus Go's accessibility is just what the sector needs