Spike City review - Another Nitrome gem, but not quite a classic

You know me, I always get excited when there's a new Nitrome game out. And Spike City is every bit a Nitrome game. I mean, obviously, since it's from Nitrome.

It's a deconstructed platformer with simple controls and a core central idea that's a little bit more interesting than your regular App Store addition.

There are a couple of niggles here, but for the most part it's another fine example of Nitrome getting things just about right.

The game is all about controlling a spike headed critter. You need to jump through a series of levels, swiping and sliding to avoid all of the obstacles it throws in your way.

Like a lot of other Nitrome games, when you're moving you can't stop. You'll hit a wall, and most of the time you can keep your finger held down in order to stick into the bricks.

There are plenty of twists here and there. Some blocks you can't stick into. Some will move around, letting you bypass things that will kill you. 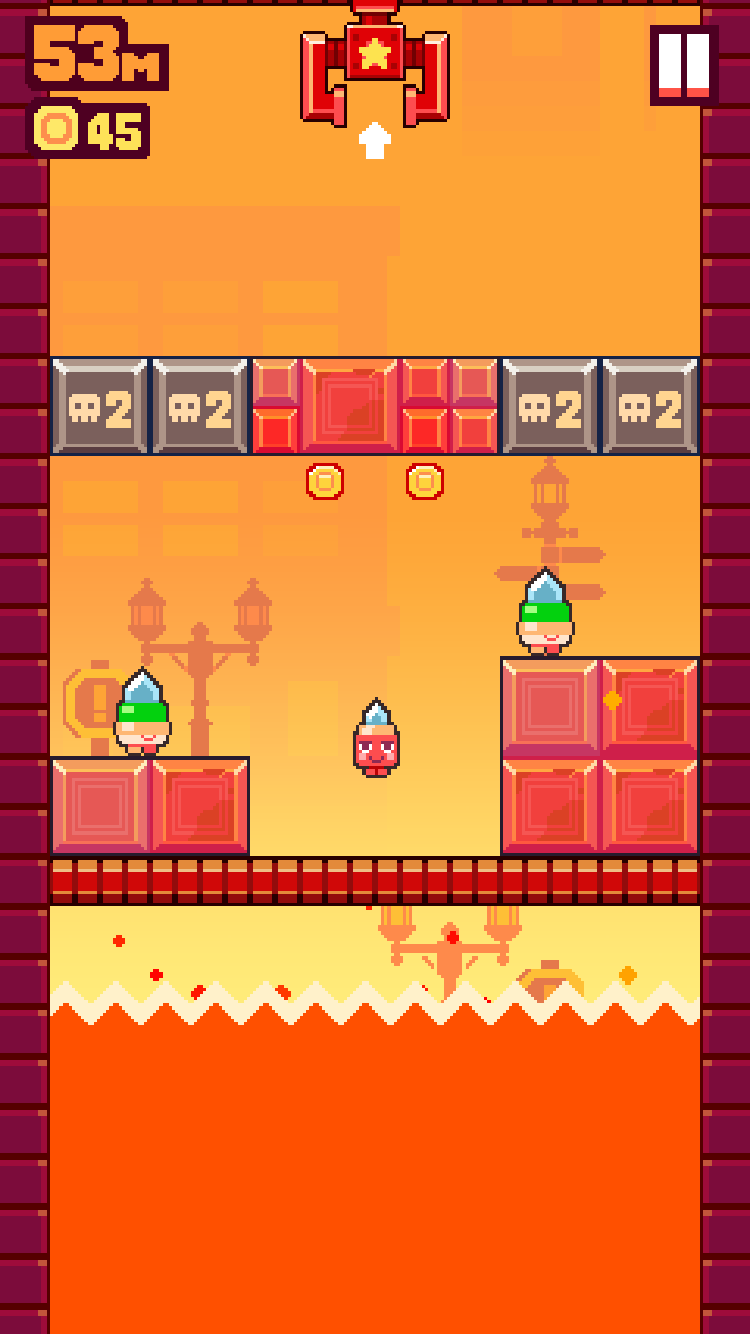 There are lots of ways to die, as you might imagine. Spikes in the walls, spikes in the floors, spikes on the heads of other creatures that are waddling around. Seriously, this game is filled to the brim with spikes. And glowing balls of death.

Sometimes though, the controls let you down a little bit. Sometimes your swipes don't register, and you'll find yourself plummeting to your death instead of leaping to glorious victory.

It's a bit annoying, but the nature of the game means you never lose that much progress, either in endless mode or the level-based mode you can unlock when you've earned enough coins. That has bosses too. The bosses are pretty cool. One's a spider.

So no, Spike City isn't vintage Nitrome. In a way it feels a little derivative of some of its other work, and it's got a few problems here and there as well. However, it's still a sharp little pointy thing of fun.

If you're looking for a clever challenge that tests your fingers and your brain this week, you could do a lot worse than pick this one up.

There are some sparks of genius here, but a few problems keep Spike City from true greatness
By Harry Slater
| May 4, 2018 |
iOS + Android
Find out more about Spike City
SEE COMMENTS