There's a very good chance that, if you're a fan of the original Dungeon Hunter games, you're going to be approaching this review with a good deal of trepidation. And, quite frankly, you'd be right to do so.

When the series first started it was a premium dungeon crawler, essentially the mobile version of Diablo. But time changes all things, and the creep of free to play has seen plenty of former fans put off.

And Dungeon Hunter Champions isn't going to do anything to bring those lost sheep back into the fold. In fact, it takes the series deeper into the territory it was skirting round with prior iterations.

But here's the thing, it's actually not awful, if you're into that kind of thing.

The game still wears a dress made out of a dungeon crawler, but it's edged much closer to the midcore RPGs that pepper the mobile landscape. So rather than dealing with just one hero, you've got a bunch of them.

And there are numbers. Oh boy are there a lot of numbers. There's at least three different upgrade trees for each character, multiple currencies, and several ways of figuring out if the characters you've got are actually any good. 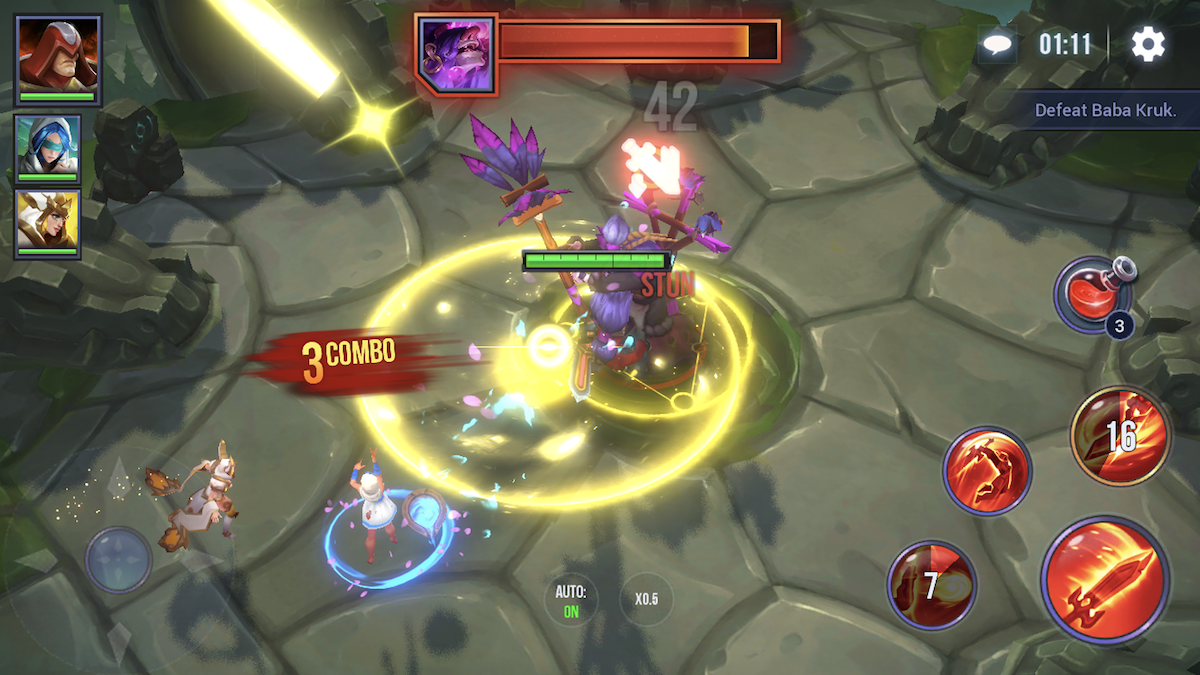 To say it gets confusing sometimes would be close to the mark. The action is split into little runnels of violence. Sometimes these take different shapes - chases, little chunks of MOBAs, duels, massive boss fights - but the things you're doing remain the same.

And those things are mashing a bunch of buttons. In fact, within the first half an hour you'll find that you can switch on auto mode, then you don't even have to worry about pressing any buttons. The game does it all for you. 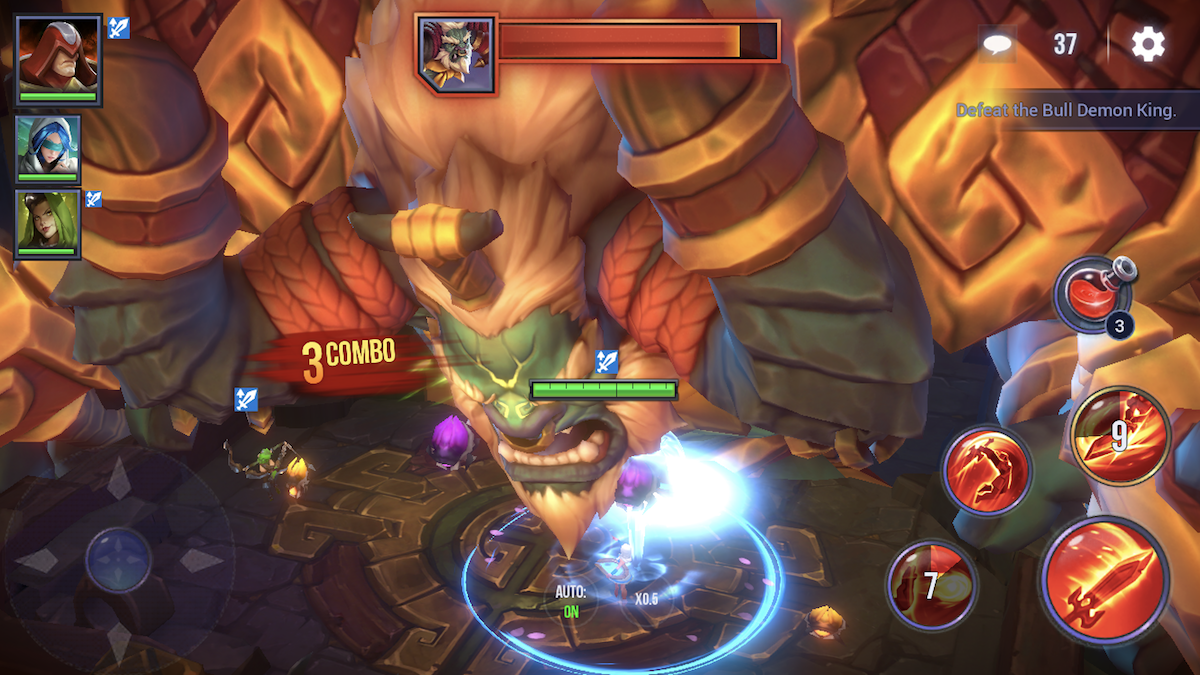 I wouldn't blame you if you've flipped out and thrown your mobile through the window right about now. But the Dungeon Hunter brand hasn't really been for you for a while now. There are plenty of other dungeon crawlers out there that are going to tickle your funny bits, this just isn't one of them.

What it is is an incredibly polished action RPG. Honestly, it's one of the best looking games I've seen on mobile in a while - all blasts of light and giant dragons. Every action is worth a screen shot.

But, and this is quite a big but, there's nothing here that really differentiates the game from any other in the genre. It's a big bright ball of shiny things, with lots of stats flying at you without any regard for whether you understand them or not, but it's the same ball that's shone on you before.

For all the polish here, there's nothing that original. And if you like Dungeon Hunter, it's probably not for you either
By Harry Slater
| May 3, 2018 |
iOS + Android
Find out more about Dungeon Hunter Champions