Developer Webzen is at it again, with another huge content update for its popular MMO MU Origin. This time around, we’re focusing on teamwork on a grand scale, as guilds will now be able to team up to take on bigger, badder opponents. And that’s just the tip of the iceberg—there are bunches of new quests and events to dive into even if you’re not excited about adventuring with your guild. Here’s what to expect. 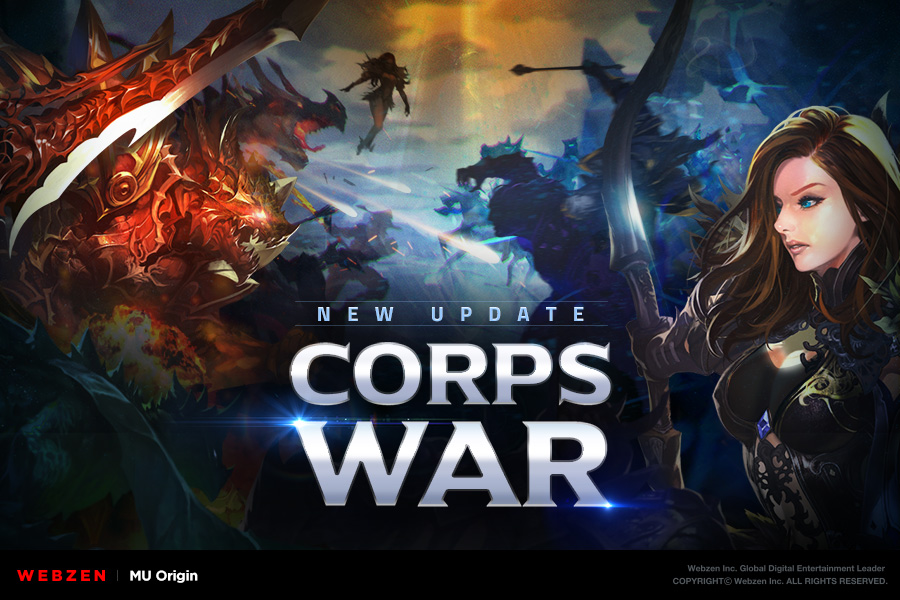 MU Origin’s new Corps system switches up multiplayer in exciting new ways. Now, up to four guilds across all servers can form mega-alliances to take on special Corp Quests. You’ll be able to form a Corps if you’re a Guild Master over level 6, and once you complete the Door quest upon reaching 10 Rebirth Level 50. Guilds can participate in Corps Quests to gain Prosperity Points and move their way up the rankings, or join the Corps Wars, weekly events that pit different Corps against each other in a competition to collect resources and protect your territory.

There’s plenty of single player fun to be had in the update, too. The new Territory Collect event, for players at 10 Rebirth Level 60 or higher, will play in Corps mode automatically upon joining the event. You’ll gather resources from the environment and by looting monsters. You’ll find Aether Dust, Soul Dust, Zen, potions, and much more in this exciting new mode, and you’ll be able to participate 30 times a week.

Webzen has introduced the Hallow & Divinity system, as well, which gives you more options for improving your characters. You can use Hallows to upgrade your HP, attack, defense, and elasticity—a new stat that decreases the chance an enemy might activate its special stats. Upon upgrading your Hallows to 100%, you can further enhance them using Divinities.

MU Origin is available right now for free on iOS and Android.

Celebrate the launch of Avengers: Infinity War by adding Thanos to your Marvel Strike Force squad