Marvel Strike Force cheats and tips - Everything you need to know about Gear, Tiers and Abilities

Marvel heroes are usually pretty tough, but in Marvel Strike Force the heroes and villains alike could use a bit of a boost in order to achieve their true potential.

That's why they need gear, they need to tier up, heck, there's a whole bunch of stuff you can do to make your team more powerful. Here we're going into more granular detail on how to increase the power of individual characters.

Some battles can be won with wits, but others require brute strength. Using this guide you'll be able to force your way through enemies very soon. Read on for more… 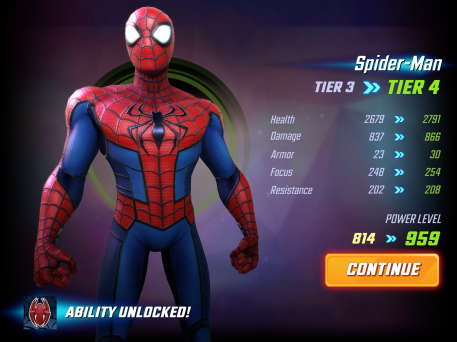 Gearing up yields a small boost to HP and power in the short term, but in the long term they are the path to raising the tier levels of your characters. Very important indeed.

Firstly though, you need to equip gear in every slot. Luckily you can tap empty slots to find which missions you can complete for specific gear. If you're looking for more power, earning gear is a good way to go.

The only problem is that some gear requires the character to be a fairly high level in advance - gear required to go up to tier 4, for example, requires a minimum character level of 18. 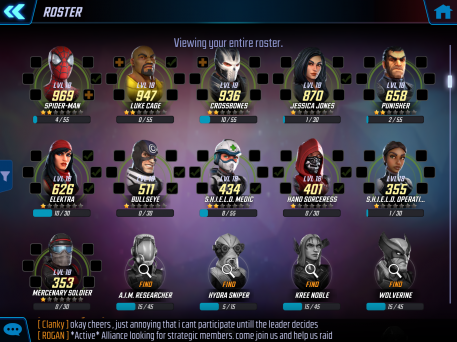 Once you start going for those higher tiers, you'll need to craft gear in order to equip the things you need. What were gear parts in themselves before now need to be fused in order to upgrade things further.

That's if you can even equip the gear. As mentioned, many gear pieces require you to be a certain level first, meaning you'll have to increase your player level first and then train each character individually.

The best and fastest way to earn gear and gear parts will have to be auto battling missions which have the gear you're looking for. If it's a commonly required piece of gear, feel free to pour your energy into auto battling a certain mission at the end of your play session. 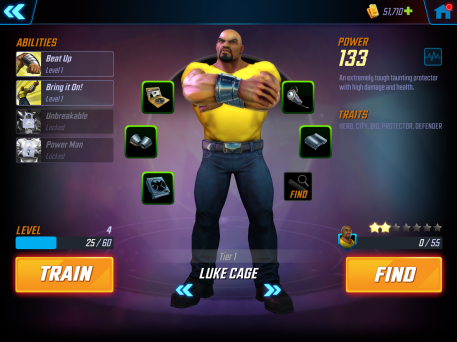 All of the tiers help, but by far, Tier 3 is the most important tier to hit for all of your important characters.

Tier 2 will give your characters a nice boost, but Tier 3 will be a dramatic change in the overall power level of your characters - this goes doubly so for the recognisable named heroes. Spider-Man and Luke Cage will appreciate and benefit more from Tier 3 than, say, a SHIELD Medic.

The tiers after this all give great power bonuses, but none quite like the big boost your team will receive from going up to tier 3. 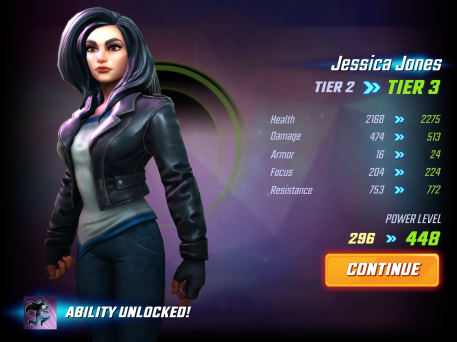 Once you've been powering up your characters, you might think you're ready for battle. Which is, y'know, probably true, but there's another thing you can to make your team more formidable, and it's not obvious.

You can level up the individual abilities each of your characters, making them faster, stronger, and allowing your team to use their best abilities more often.

You'll need Ability Enhancers, which you can get from Challenges or missions, but they can be rarer than many other materials, so focus on the characters you use most when levelling abilities. 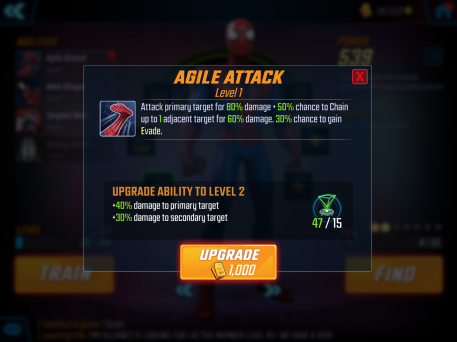 Of course now that we've assessed that using gear and raising the tier of your characters is important, you're going to need a lot of gear, especially as you move through the game. Getting up to tier 5 is a very difficult grind indeed.

But now you're here you can smash through daily challenges, objectives, achievements and more in order to keep your loot stocked up.

Remember to waste your energy on auto battles before putting the game down - your energy will likely be back when you next play, so otherwise it'd just be going to waste. 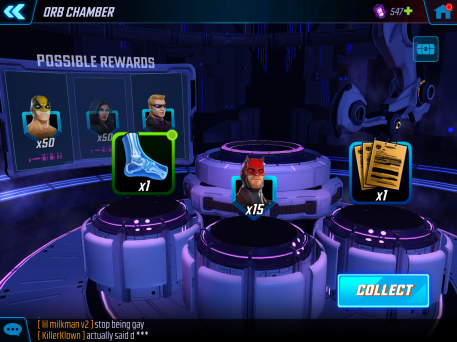 Marvel Strike Force cheats and tips - Everything you need to know about Daily Objectives, Challenges and Achievements

A Pokemon Switch game could kick off with the 8th generation