Earlier this year we were teased that Shadowmatic had a BIG new release on the cards, though no one knew quite what. Today it's been revealed that we'll be getting a massive update later this week on iOS and we're rather excited about it. 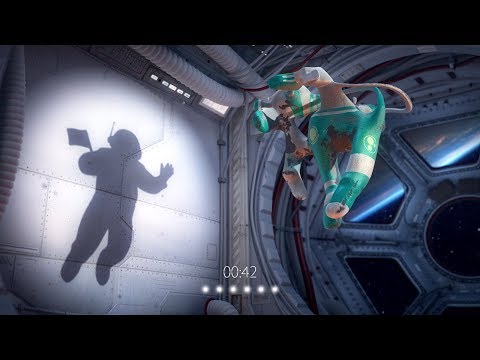 Subscribe to Pocket Gamer on
We gave the game a solid Gold Award in its review, saying, "Shadowmatic boasts the same kind of chill out gameplay that doesn't focus on winning so much as delivering a mesmerising experience. You play this game to relax, not to shore up high scores or indulge in OCD-level exploration."

If you've missed the Shadowmatic train, it's an atmospheric puzzler where you have to rotate abstract objects to cast a silhouette on the wall. Personally, I dive into it every now and again to just chill out and enjoy discovering the different forms.

The 'Other Worlds' chapter features 33 new levels across three thematic environments: Ancient Worlds, Music, and Space. Though there's no world on the Android version just yet, the update lands on iOS on April 19th (this Thursday).

Defend It! is a wave-based AR shooter which uses AR Kit 1.5 to give your battle more dimension

Shadowmatic hints and walkthrough - worlds 6, 7, and 8

Shadowmatic hints and walkthrough - worlds 3, 4, and 5