Those cheeky youths, running around in their hoodies, breaking glass, spray painting naughty words on the side of my gran's house. Makes me sick. But in Vandals it doesn't. Vandals is good.

A GO-style game where you take your time moving through stages, evading police and tagging graffiti, Vandals is a fun experience but you might find it hard to grab everything.

This guide will give you a few essential tips to completing stages and grabbing everything you can in Vandals. 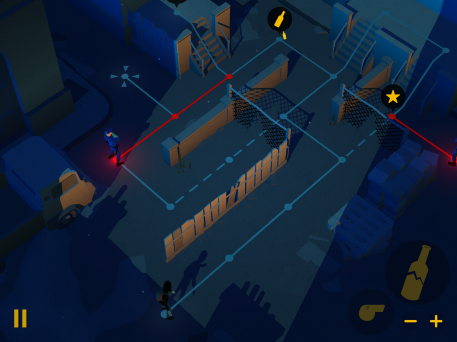 Making a move, taking your time

Vandals is a turn-based game, so as you move through the stages enemies will only move when you do. This means that you can take your time and plot out how both you and your enemies will move.

As long as you're two spaces ahead of police, you won't get caught - meaning that you can stray into their line of sight and lose the invisibility bonus, if you just need to get to the end of the stage.

Plot things out slowly and don't hesitate to pause the game and restart stages, since you're unlikely to complete any of them perfectly the first time around.

If you just want to blast through the game, all you need to actually do is throw up a tag, and then make your escape. Though, that's not what we'd suggest.

Completing each stage with all collectibles, without being seen, and within the number of turns allotted is the way to perfectly finish each stage, but don't be ashamed if you need to come back to some of them later. 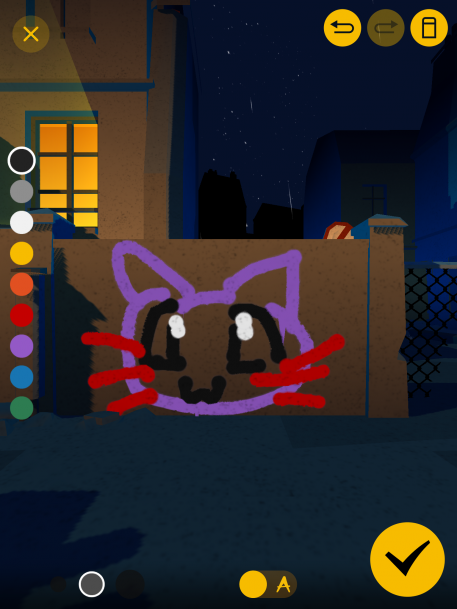 You have a few tools you can use to distract guards, which will act in an area-of-effect fashion. That means wherever it is activated, it'll only reach police within a specific distance - usually two or three squares.

You can whistle at any time - well, any time police are in range - and the area of effect will radiate from your location, with police taking routes their immediately after. Make sure you have an escape route!

Bottles meanwhile can be thrown - they act as whistling, but from a distance, so yeah, really useful actually. Use both bottles and whistling together to get guards herded around like sheep while you complete your goals.

As mentioned, grabbing those extra collectibles is the only way to master each stage, but what you may not have noticed is that they're not the only items you can grab.

In each stage there's a glowing photograph hidden in the scenery which you can pick up, offering a bit of lore and world building. A very nice touch to immerse yourself in the Vandals world. 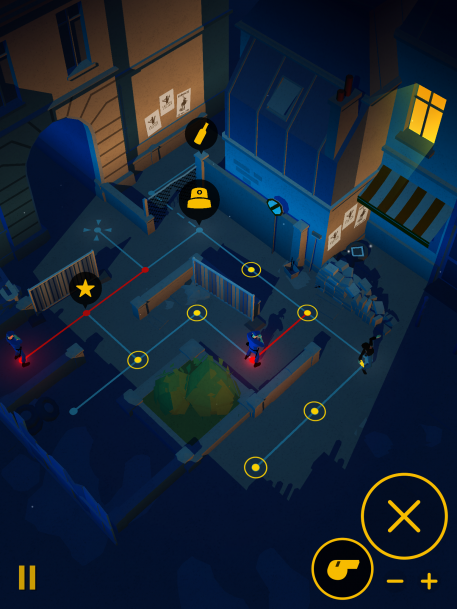 Sometimes you'll need to backtrack. Police will only move when you will, and as such, it's entirely possible to box yourself in until they've moved on. Sometimes, it'll be necessary.

Though this is pretty much guaranteed to cost two moves, so use this sparsely, otherwise you'll be going way over the recommended move allotment for each stage.

Being an artist is hard work, as you're sure to discover in Vandals. You'll start out by making masterful works of art, and end up with a simple tag of your name by the end.

Just make sure to enjoy that artistic experience. It's integral to Vandals, and regardless of how bad your art is, you're going to get the same score for it anyway.

Plus, sharing vaguely rude stick figures on social media is, like, pretty much what the internet is for?

Touchgrind BMX 2 review - A riding sequel worth hurting yourself for?