Lawyers at the ready

You might have read recently that PUBG Corp is suing NetEase for its - ahem - 'tribute' to hit online shooter PlayerUnknown's Battlegrounds.

The argument goes that Chinese publisher NetEase infringed copyright with its games Rules of Survival and Knives Out. Both are mobile takes on the Battle Royale format that were clearly inspired by the original PUBG, but preceded that game's own arrival on smartphones.

Read more: Fortnite mobile vs PUBG Mobile - Which is best?

Even if these games aren't exact like-for-like clones, the many similarities are certainly eyebrow raising.

Of course, the recent spate of mobile PUBG-a-likes is far from a unique or even a recent phenomenon. These other mobile games stretch the term 'inspired by' to breaking point.

We might as well start with another recent NetEase game, because it feeds into a fascinating loop of idea pinching and bad blood.

FortCraft is a really quite blatant mobile take on Fortnite, which is currently the biggest online game around. It ape's the Epic game's cartoony aesthetic, cover-building gimmick, and core BR gameplay.

Indeed, the timing of the FortCraft beta release - mere days before Fortnite mobile's own similar release - is telling.

The ironic twist in the tale, of course, is that Fortnite itself has been accused of copy-cattery by the makers of PUBG. See, everybody's at it to one extent or other. 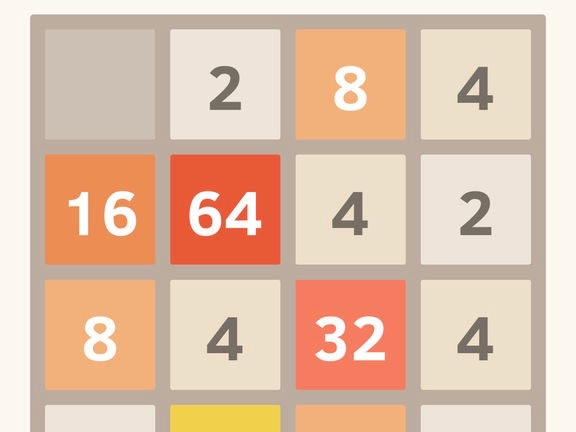 If PUBG Corp thinks that Rules of Survival's relative success is a bit of a slap in the face, it should spare a thought for Threes! developer Asher Vollmer.

Back in early 2014, Vollmer released the brilliant Threes!, which continues to be one of the best pure puzzlers available on mobile. Less than a month on from release, however, a blatant (and patently inferior) copy called 2048 appeared - and went on to be really popular.

Perhaps the worst part of the whole affair came when oblivious 2048 players started accusing Threes! of being a poor copy. Ouch... 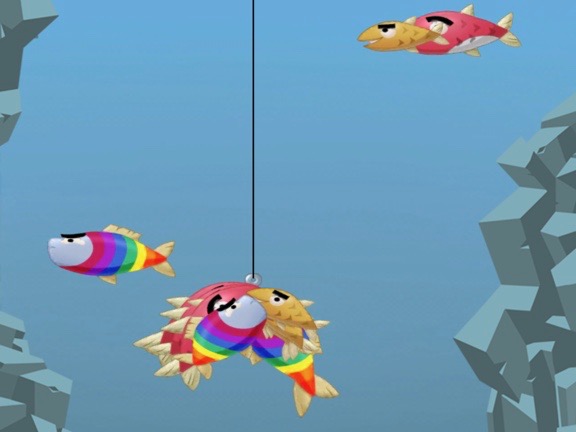 Way back in 2011, a fun little arcade game called Ninja Fishing hit the App Store. Those who knew their obscure indie gaming onions, however, realised that it was a thinly disguised copy of Vlambeer's 2010 Flash game Radical Fishing.

So similar was its concept of hauling fish out of the water and shooting them in mid-air, it almost derailed Vlambeer's own mobile take on its original idea.

Thankfully the team doubled down on Ridiculous Fishing, which launched in 2013 to considerable success. 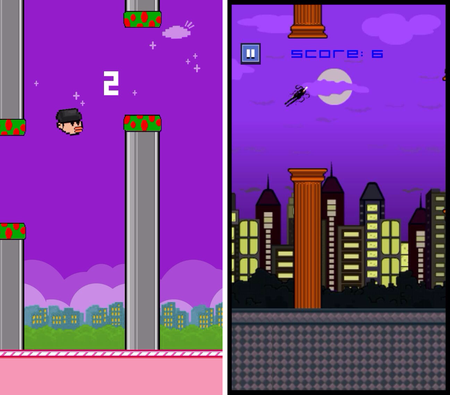 The final high-profile clone victim is a bit different to the rest. Flappy Bird was a run-away success back in 2014, despite not being particularly original in itself.

Flappy Bird was a straight-forward endless flier with a brutal difficulty level. Still, its extreme simplicity, run-away popularity, and developer Dong Nguyen's bizarre decision to remove it from the App Store (it was too addictive, apparently), created a perfect environment for clones to flourish.

Today's the day, we're live at 5PM GMT on Twitch with Catan VR