It's fair to say that indie games publisher Playdius has a rather diverse collection of releases under its ever-growing belt.

The studio has titles across all major platforms and is known on mobile for games like A Normal Lost Phone, Bury Me, My Love, and Somewhere: The Vault Papers, all of which are known for their gripping and emotional narratives.

But its upcoming Switch offerings, which we had the chance to check out at GDC last month, are very different beasts entirely, and run the gamut of genres including RPGs, racing games, and rhythm-action titles.

We only had a very short amount of time with each game, so we've decided to round-up the whole lot into one article for your reading pleasure.

Away: Journey to the Unexpected

Away: Journey to the Unexpected is a weird, weird game. Developed primarily by one man, Aurélien Regard, it appears on the surface to be a fairly typical first-person RPG with a colourful fantasy setting.

You'll run around a cartoony 3D world, exploring, fighting 2D creatures, and completing quests – all the usual gubbins. There's even some platforming parts, just to spice things up a bit.

But the world itself is really quite bizarre. There's a talking frog living in your toilet, for example. Early on, you befriend a large, creepy tree who then joins your party. There's dudes with huge, pulsing boils growing out of their arms to chat with. And so on. 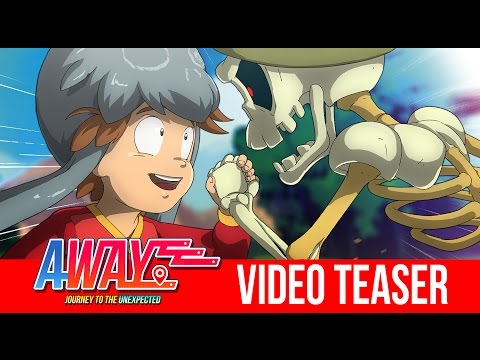 Once you've got someone to join your party, you can swap control into their body, giving you access to new abilities but drastically changing the entire look of the game. It can actually make things much harder to see, so you'll need to switch back to your main kid just to get around, despite the fact he's armed with nothing but a stick.

It's strange in a wonderful way, and fans of anime weirdness are bound to love it – just check out the beautiful trailer if you don't believe me. And from what little we played, it handles quite smoothly, and combat is simple to pick up from the get go.

There's not long until Away: Journey to the Unexpected launches either, with a release currently planned for June this year. We'll check back in then to see if it lives up to its bizarre potential.

Take your favourite 8-bit and 16-bit games, throw in some delightful chiptune songs, and make everything rhythm-action and you've essentially got Old School Musical.

Set across numerous homages to older titles including Zelda, OutRun, and Metal Slug, the game throws out direct action in favour of hitting buttons at the right time to the rhythm of the song.

Each level features a different song, with regular breaks so you can enjoy some story and actually pay attention to what's going on behind the button presses. 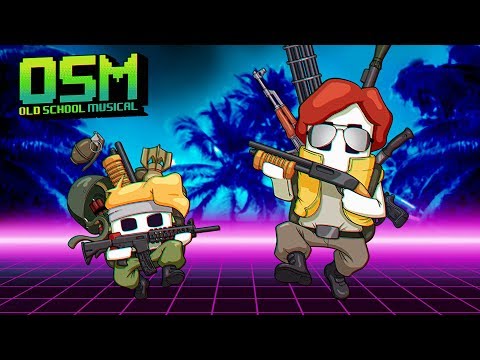 And it plays pretty well too. There's only six buttons to contend with – four face buttons and two shoulder buttons – so just about anyone can pick it up and start chaining up combos.

There's also multiplayer throughout, with both players playing along to the same track which shows the average timing of button presses on-screen.

Overall, there's 20 levels promised with 50 different songs to play through, so there should be plenty to keep you entertained when Old School Musical launches sometime in the summer.

You may remember Hover creeping up a while back, promising a Jet Set Radio-esque world that replaces in-line skating with parkour – but it was only for PC at the time.

Now, however, it's making the jump to Switch, with basically everything intact, including the ability to instantly switch between playing solo in offline mode, or online with friends and strangers.

The aim of the game is to run about as quickly as possible, jumping and climbing up the world to access new areas, and pulling off sweet tricks to score points and look cool. 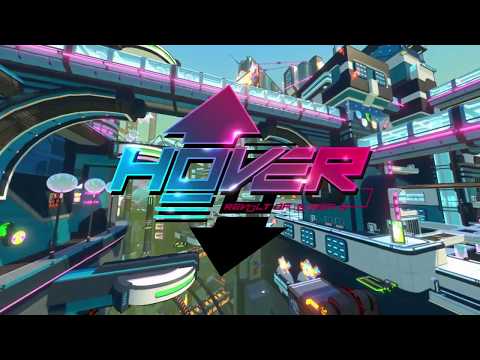 Our preview largely saw us falling down a lot and getting lost in sewers, so it will definitely require a bit of effort to get used to the movement and controls, but it looks like it could be a lot of fun once you get the hang of it.

Plus, if you're not a fan of the missions the game has to offer, you can always design your own through the built-in editor and challenge your friends to your own custom races.

Hover is also shooting for a June release, so if you're excited by the prospect of speedy parkour action, you won't have to wait long to try it out.

BAFL (Brakes Are For Losers)

Another retro-inspired one, Brakes Are For Losers (or BAFL, as its known) is a top-down racing game in which, as the name suggests, none of the cars have brakes.

You have to navigate ridiculous racetracks and a full pack of other racers who also can't slow down, competing to be the best and not crash too much.

There's also a healthy dose of power-ups thrown in to mix things up and there's a variety of modes to play through, both on your own or with friends. 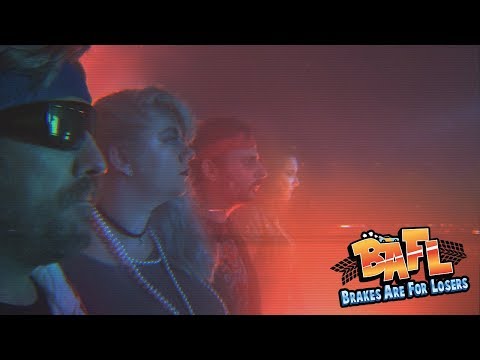 But let's be real, this one's definitely built for multiplayer – smashing your buddies off the track is great fun, and it's even better to shout at them and rub your victory directly in their faces.

You don’t have to wait long at all for BAFL – it's set to come out on April 19th, so if you're looking for some local multiplayer racing, maybe give this one a look.