We could be waiting a while, it turns out

Recently we learned that Dragon Quest XI arrives on PC and PlayStation 4 this September, while the Nintendo Switch version is lagging behind. Hokuto Okamoto, the game’s producer, speaking to GameSpot, took the time to explain why it's lagging behind. 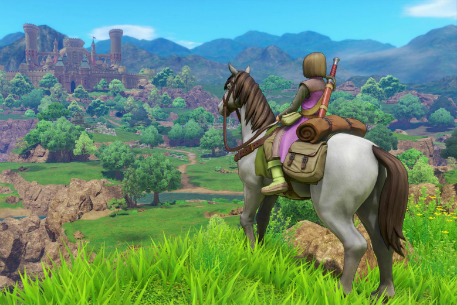 While the Nintendo Switch version has been in the works, the project has hit a roadblock caused by compatibility issues with Unreal Engine. “. . . The version for Unreal Engine needs to be updated, I suppose, in order to support Switch,” Okamoto said.

In the same interview, Okamoto noted that the team had initially considered launching the PS4 and Switch versions simultaneously, but due to the Switch version’s uncertain timeline, Dragon Quest XI is moving ahead without it.

Dragon Quest XI is expected to land on PC and PlayStation 4 in the west on September 4.

Dragon Quest XI will come to both 3DS and PS4