There will be questions...and answers

Oil mining during the boom in the early 1900s was ruthlessly competitive, at least according to films like There Will Be Blood, and OIL, by independent studio Wee Door, seeks to capture that spirit in board game form. In OIL, you’ll mine for oil on the same board as your opponent, competing over the same space to build up your oil barony. The game’s focus on local multiplayer makes for an intense experience that will have you scheming ahead of every move.

While OIL’s themes of cutthroat competition and financial gains at all costs are pretty heavy, you’ll find that Wee Door’s balanced it out with a pleasing minimalist aesthetic, with bright washes of color against a white board and soothing music. When you start up OIL, it’s clear that a lot of heart went into both atmosphere and design. We spoke with Josh Hale, a developer at Wee Door, about the studio and how OIL was made.

Tell us a little about your studio. Who is in the team, and have you ever attempted to make any games prior to OIL?

Wee Door is a collaboration between designer Simon Messer and myself, a programmer. We met last year at Abertay University with the aim of making and releasing something cool before graduation. OIL is our debut release, but we’ve had great fun at a few game jams around the country making tiny experimental things throughout the last year to keep our creative juices flowing. 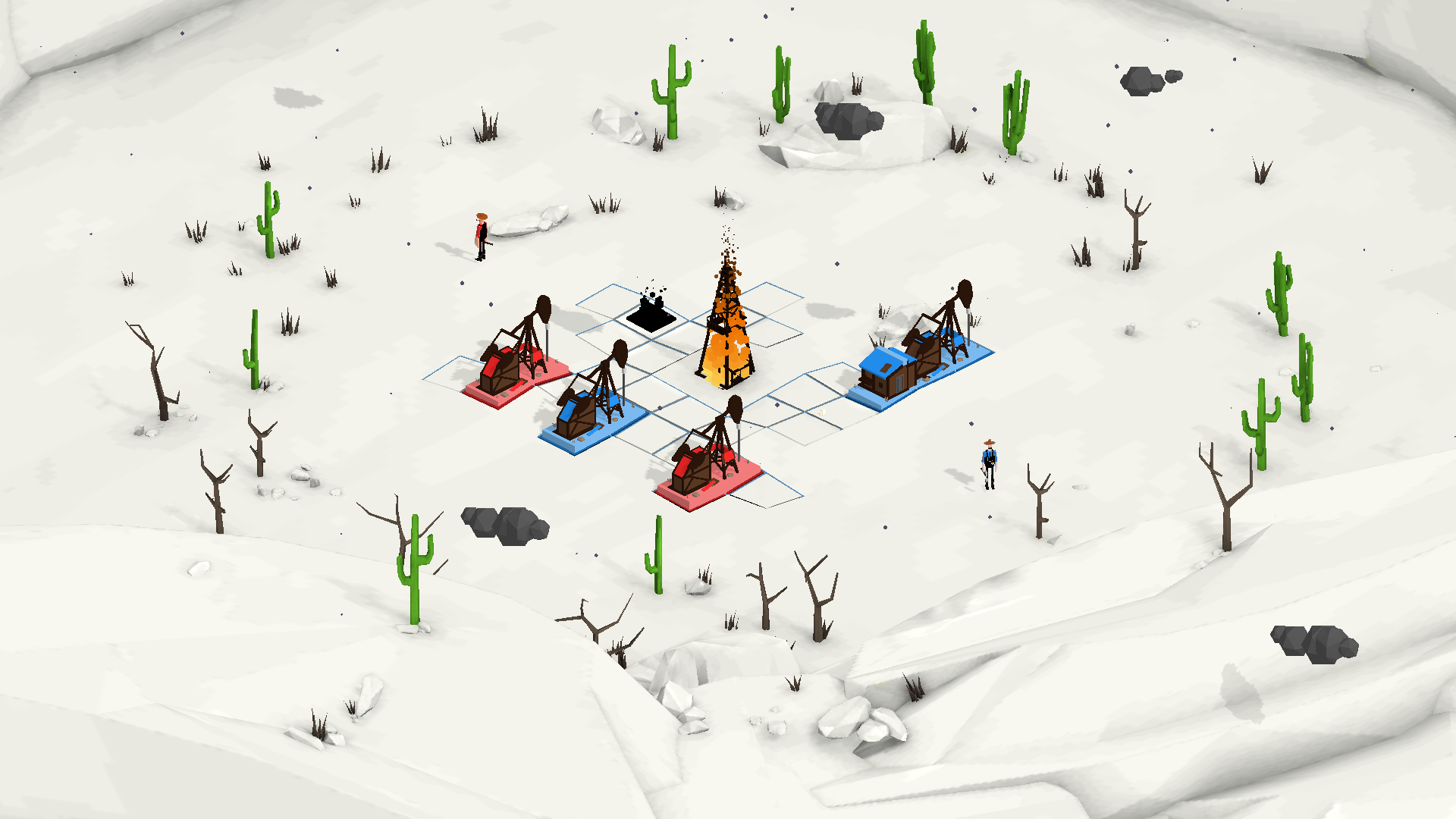 Where did the idea for OIL come from and what were the inspirations behind it?

OIL came from wanting to make a board game for the digital era, that still focuses on the core part of the board gaming experience - playing against your friends in the same physical space as a social activity. We were hugely inspired by battleships and wanted to explore what this classic game would look like with a fundamental change. Battleships revolves around two fleets of ships and so it takes place on two separate boards, one for each player. Oil mining, however, is a competitive endeavour so we figured that it should happen on the same board where players compete for shared resources. This completely changes the dynamics of the game in a way that would be very hard to recreate physically and therefore we feel we reached our goal of making a truly digital board game.

Throughout development we have aimed to combine this gameplay with a slick user-experience, attention to detail, indulgent interactions and appealing animations. We were really inspired by lots of other things too which contributed to OIL’s style and presentation. Namely the Oscar-winning movie ‘There Will Be Blood’ which is basically the universe that OIL is set in. This influence went further than setting though, throughout development whenever we came to a design impasse we would look to the movie and imagine what the solution would be in that world. Studios like UsTwo Games, Snowman/Team Alto and thatgamecompany really served as a massive inspiration to us throughout and we did our best to model our studio and the development process on the great examples set by these studios. 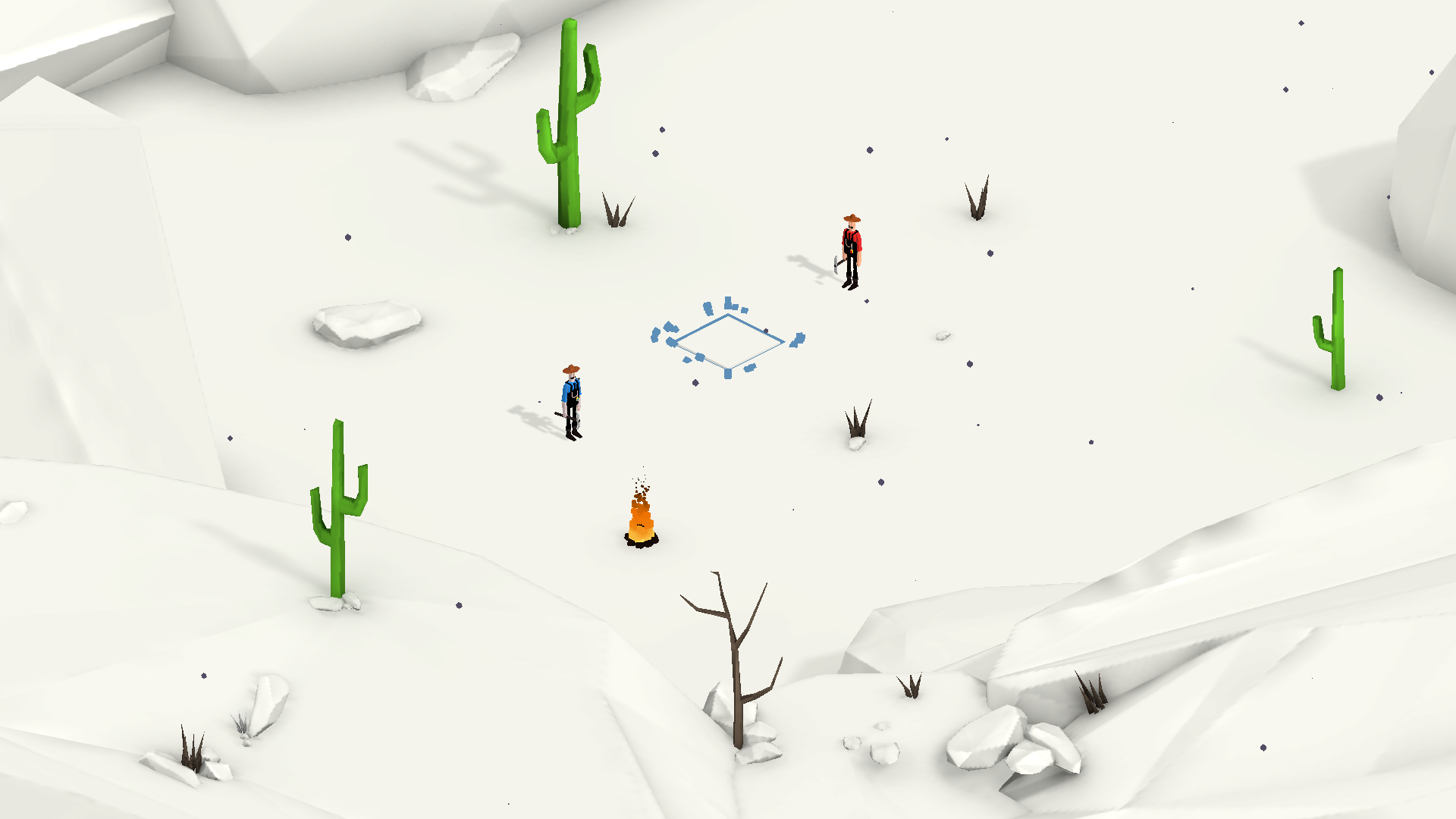 I’m really proud of lots of aspects of the game, the development has been a huge learning process and I’m really happy with some of the tech I made as a programmer. Although, a lot of that sits ‘behind-the-scenes’ and players probably won’t pick up on some of the complex systems, which is why I think they have been successful. I personally loved working on and showing off completely inconsequential features such as elements we call ‘toys’. Nearly everything in every level can be interacted with by tapping resulting in a neat little animation which just feels so buttery. These ‘toys’ are a great representation of our development approach and the focus on providing players with an indulgent and rewarding world to be immersed in for a little while.

What do you think players will find most appealing about the game?

So many people have played battleships and I think that transporting the mechanics of that game into the digital era will really trigger some nostalgia for a lot of people. Digital board games of any kind are great, as they take that social experience of a board game and add extra levels of immersion and interactivity to enhance the experience. OIL is best played in the same space with your friend (or foe) where you can play mind games and have great interactions with one another. This was really what we were trying to facilitate and I think is what players will enjoy the most about the game. 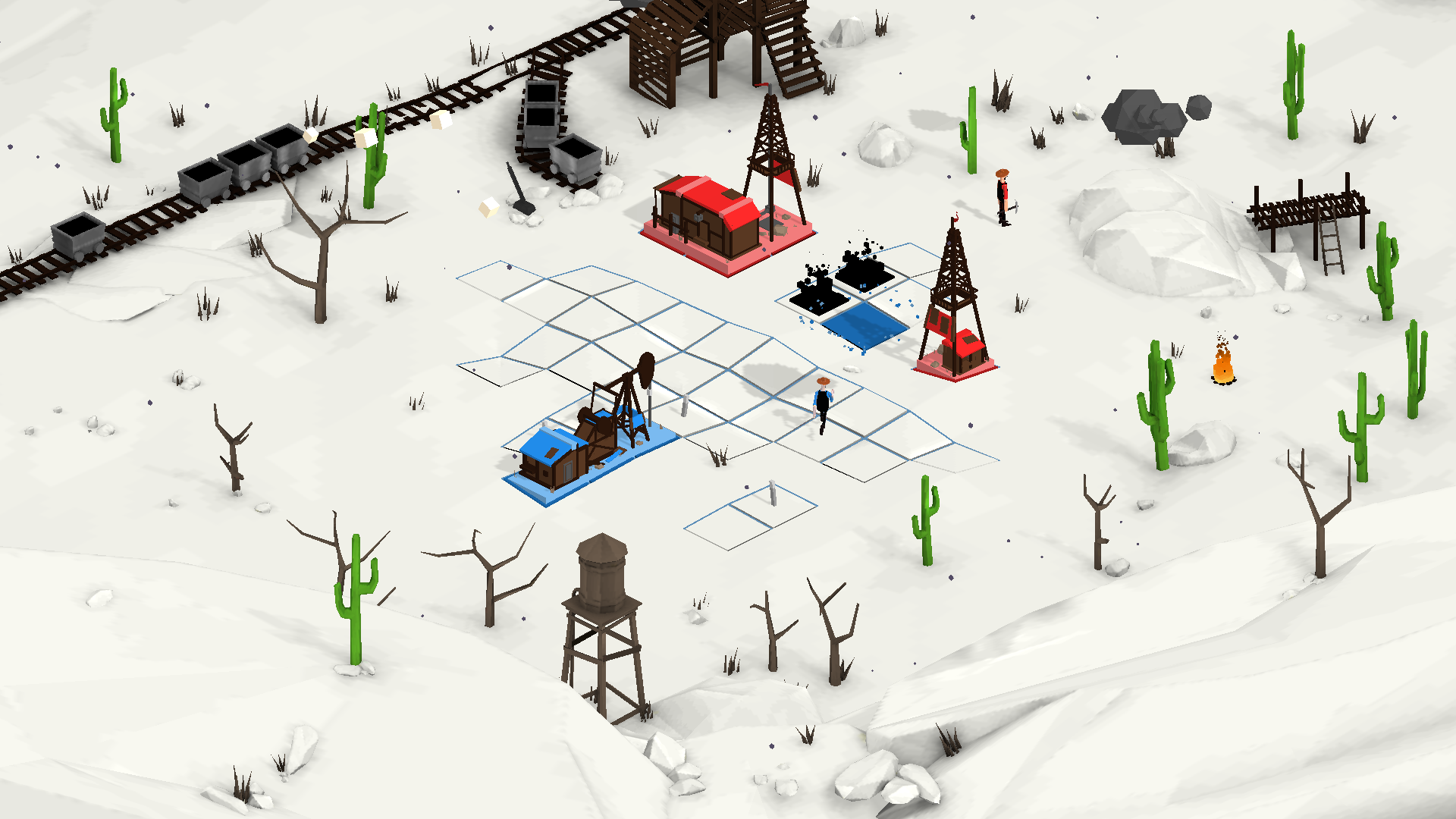 Being your first title, what has been the biggest learning experience of making OIL?

Wow, so many things learnt from making OIL it’s hard to pick. Aside from technical and game design lessons, of which there have been many, it was super interesting learning the whole process of taking a game from prototype to release. We were very fortunate to speak to our industry heroes throughout development and get advice from them along the way. I think for both of us, though, the biggest learning experience was learning how to have self-belief and how to use that confidence to get out and speak to people and ask for things. You can’t teach that lesson, you can only learn it through experience and it has been extremely valuable.

Do you have anything planned in terms of future updates or bringing the game to any other platforms?

We are absolutely planning on coming to more platforms. Our target was always iOS and tvOS as a priority, but we’re currently working on the Amazon FireTV version as well as the android version. We’re extremely excited to get OIL out there in more people’s hands. As for what happens after that, we will have to wait and see.

Become an oil baron in OIL, out now on iOS