And it's available for pre-order right now

As we mentioned a few weeks ago, Leo's Fortune developer and Mobge Ltd. are bringing a new game to iOS called Oddmar. Now we know the game's releasing on April 19th and it's available for pre-order right now. 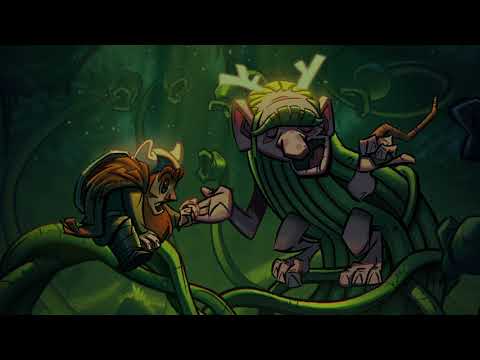 Subscribe to Pocket Gamer on
After Oddmar is shunned by his Viking brethren, he needs to redeem himself by besting the physics-based puzzles in 24 hand-crafted levels. Failure to do so, at the very least, means he'll never be welcomed into Valhalla.

Not only is the game visually stunning, there's a lot of detail in the character and environmental animations that make the levels feel alive - at least, from the snippet of gameplay in the trailer. It's giving me a Rayman Legends-vibe, with a decent-looking variety of enemies and hazards to overcome.

Given the length of Leo's Fortune, and the enjoyable story running alongside the game's current, I'd assume Oddmar won't offer up hours and hours of gameplay. But, if it's as fun and challenging as the above trailer makes it look, we're in for a pretty awesome ride.