Evergrow is a delightful, zen puzzle game in which you help a chipper little cube grow into the biggest blocky being possible. It’s faster paced than your average puzzler, testing both your reflexes and your ability to suss out tricky tests. We liked it quite a lot when it launched last year, and now the game’s getting a big update that’s throwing lots of new mechanics into the mix.

To celebrate, we sat down to talk with Evergrow’s creator, Pablo León-Asuero. A former software developer and graphic designer, León-Asuero quit his day job to build Evergrow, and he’s been making games ever since. Here’s how he brought his masterpiece to life.

Where did the idea for Evergrow come from and what were the inspirations behind the game?

It's hard to trace it back to a single origin. I'd say it has something to do with my inner child and my obsession with Lego. At the start of the project, I had this idea of a simulated physics sandbox where players could use multi-touch to stick blocks together. The project would take advantage of all these other technologies like haptic feedback and 3D Touch to interact with the environment and elements. Somehow, at some point there was Evergrow.

Did you attempt to make any games prior to Evergrow?

Evergrow is my first game ever. It is kind of crazy if you think about it, but when you come from a graphic design background and being a software developer, a game kind of felt like the right path to take. For a software product, it's a perfect balance between graphics, art, and engineering.

What do you think Evergrow offers that you can’t get from any other title on the App Store?

Evergrow isn't your typical casual game. It's an original concept—a stylish and minimalist physics-based shooter, puzzler, and tower-defense combo. It's a risky proposal—something different and unique—and people are loving it.

What was the most challenging aspect of developing the game?

I'd say trying to do something out of the ordinary. When trying to craft something new and different, you are on your own. If you decide to create an infinite runner game, you may get a general idea about what players like and how to solve certain situations during design and development because those problems have been solved one way or another, but if you want to create a combo shooter, puzzler, and tower-defense game, that's a different challenge.

What was the most rewarding aspect of making it?

That's easy! You build these apps and games for people to experience and enjoy them. The process of designing it, developing it, and finally shipping is crazy and exhausting. And then, suddenly, you realise there are all these people downloading and playing your game. And they say nice things about it. And you begin to receive emails saying how cool your game is and how they are enjoying it. That makes it all worthwhile and it's the most rewarding and satisfying thing ever for a developer.

Has the game continued to find new users since its launch?

Evergrow has been growing since day one (no pun intended). There're still a lot of people out there that value premium (pay once, play forever) games over freemium ones.

What strategies have you used to ensure the game's longevity?

Can you tell us a little more about the update’s new mini games and how these separate themselves from the main game?

The main game is a "campaign" kind of experience. Users have been asking for new ways to play Evergrow. Some ask for endless gameplay, other for more challenging levels, and others just want to get more of it.

In the 1.2 update, there will be two more ways to play Evergrow. Apart from the main game (now called Story Mode), we're introducing Zen Mode and mini games. Zen Mode is a relaxing, endless game mode where you can just sit back, relax, and grow indefinitely while enjoying a brand new soundtrack. No score, no damage. There will be also be four new mini games, with two more coming down the road. These mini games offer different ways to play, like an Endless Survival or Time Attack. This update is of course free for all Evergrow users. 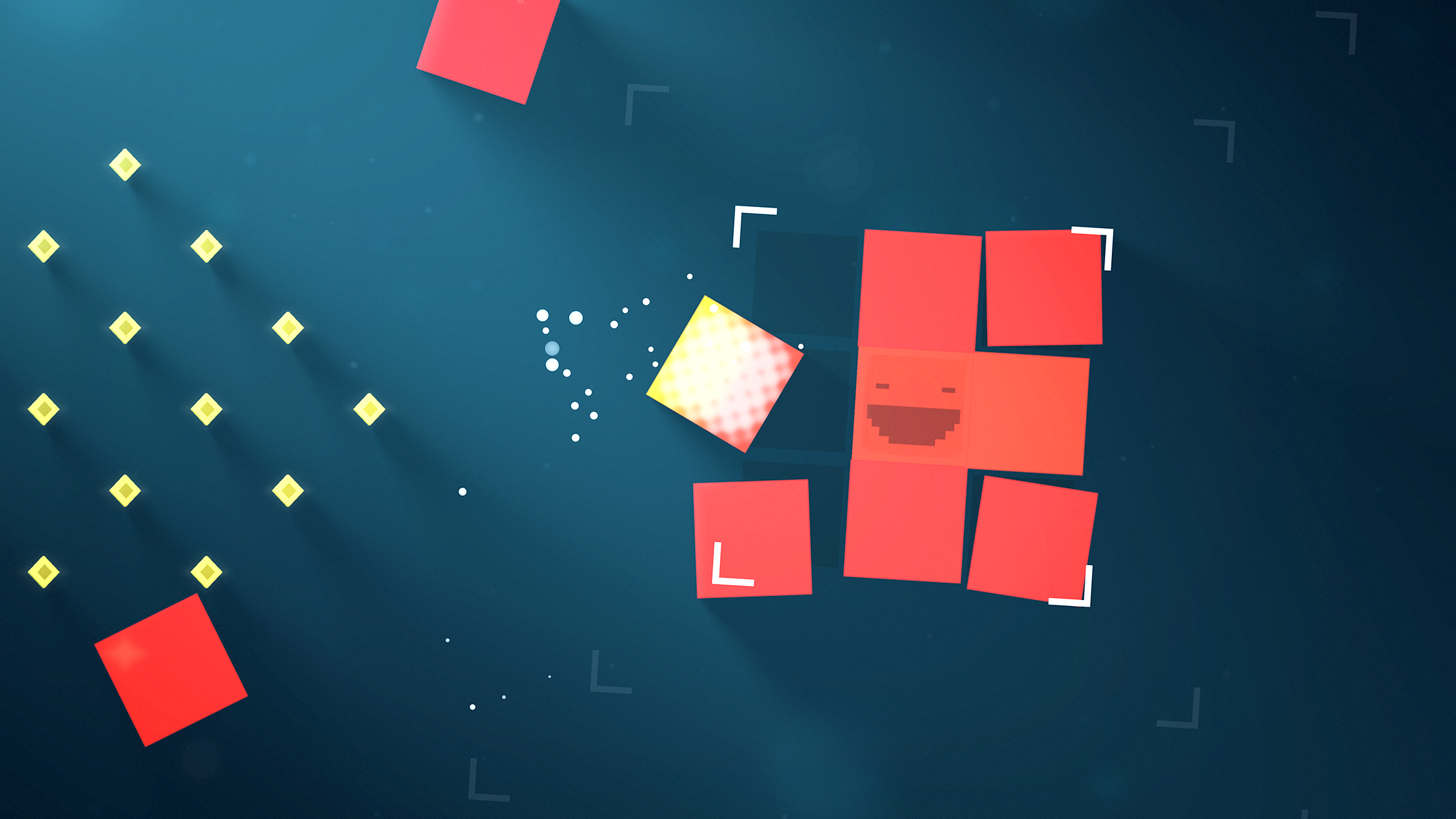 Which aspect of Evergrow are you personally the most proud of and why?

I'm quite proud of the Chromaroid's AI (the game’s blocky character)—how it's mood changes depending on what is happening around it, how it constantly looks around in happiness, curiosity or awe. And there is this thing when you you spin it too much that it gets dizzy and sad. It's a simple thing, but I really like the end result of this.

Lastly, will you be bringing Evergrow to any other platforms?

Evergrow was made with iOS and the Apple ecosystem in mind from day one. There are no official plans for other platforms at this time. However, I have to admit that I have some experimental builds of the game running on other Apple devices outside of iPhones and iPads. Like, devices with significantly different screen sizes. I'll leave it there :)