Soon the Year of the Raven will be upon us, and much in Hearthstone will change. So let's finish up this current iteration of the best decks with one for a class not yet covered: Hunter.

Spell Hunter is a peculiar but powerful deck engendered by the legendary weapon Rhok'Delar. Its power activates if you have no minions in your deck. So the job of that deck is to make minions for you, instead.


The Boomsday version of this deck is pretty good value. Rhok'Delar is the reason this deck exists, so you kind of need it. Deathstalker, the only other expensive card in the line-up, is optional. 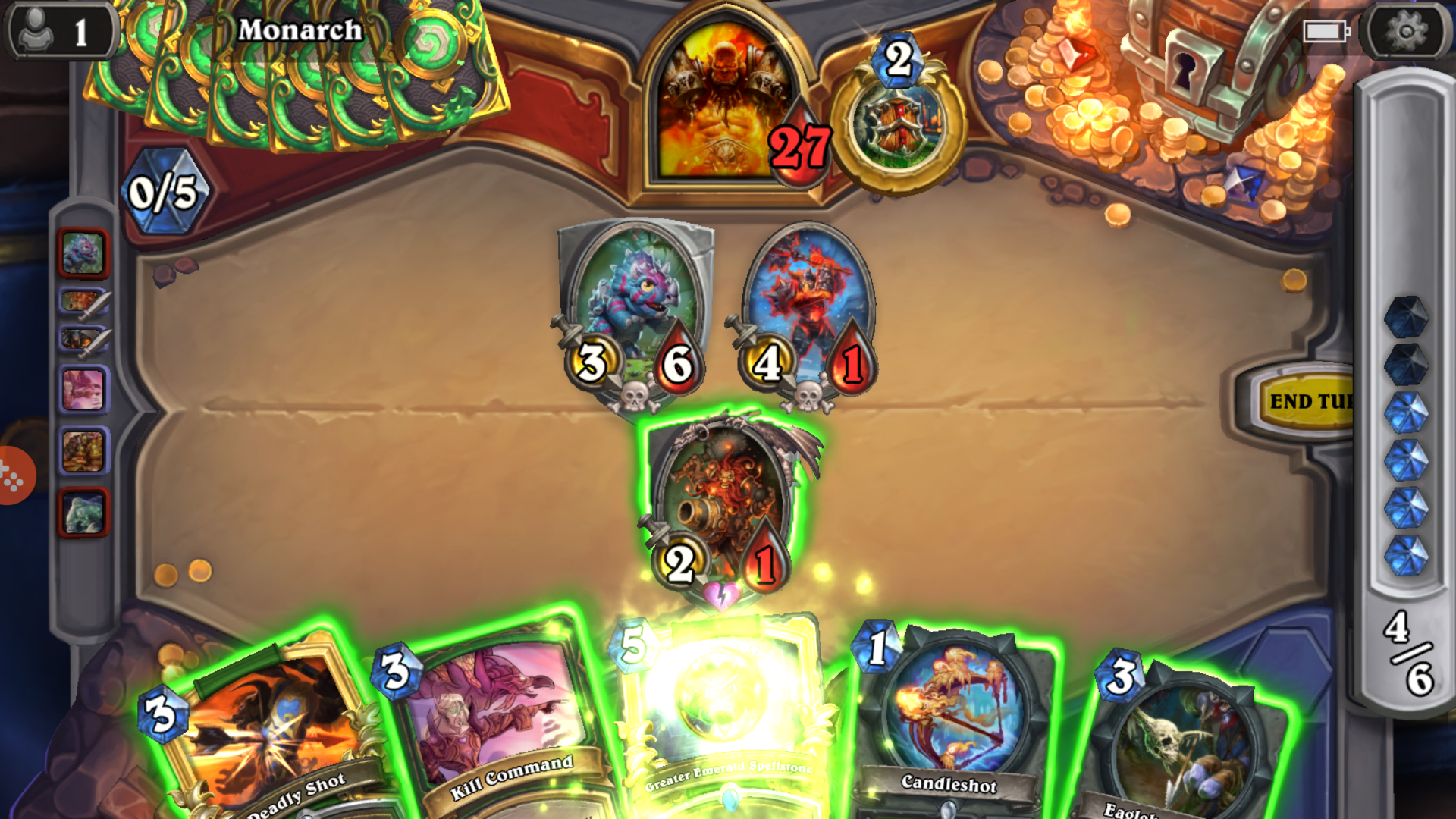 The only othe difficult choice here is To My Side. It's a great mid-game play, and you should run it if you can, but there are alternatives.

What do you fill all these possible spaces in your deck with? Deadly Shot is your first choice. After that, add additional secrets - Snake Trap is particularly good.

The deck lacks early threats. Animal Companion and Wandering Monster are perhaps the best all-round early cards. They will often kill an enemy early minion, but leave whatever is summoned on the board for you to use.

Should you have that, or other secrets, also hold on to Eaglehorn Bow and Lesser Emerald Spellstone. Their synergy with played secrets makes them very powerful. 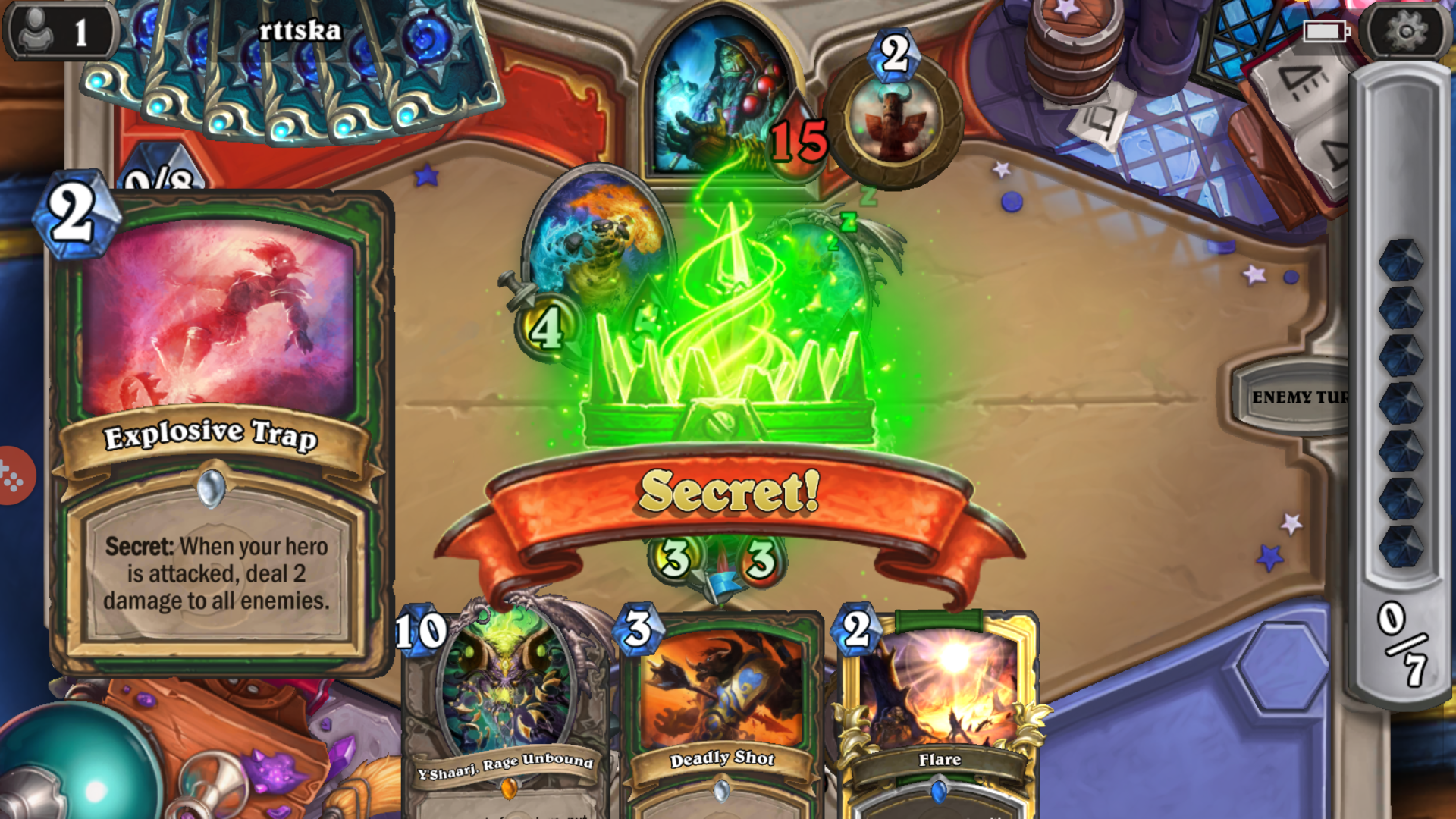 Against faster decks your other picks are Candleshot and Explosive Trap. Both are great for thinning out early aggro plays, but don't drop the Trap too early. It's a well-known card and canny opponents will trigger it while they've got cards to replace what it kills.

Your priority in the early game is simply to stay alive. Use weapons and secrets to thin out enemy ranks. Don't be afraid to make trades in the initial part of the game. This is essentially a mid-range deck, and your heavy hitters come in the middle of the curve.

Your biggest damage engine is the Spellstone. If you get it charged up, it puts 24 points of stats down on turn 5. Let the pack wreck havoc while using your hero power and other summoning and damage-dealing cards to finish off the enemy.

Resist temptation. If you're playing against a deck you think runs board clear effects like Hellfire and they don't use it, they may be waiting to see what else you summon. Keep a Spellstone and hit them in the face with what you have. Once the danger has passed, you'll still have an ace up your sleeve. 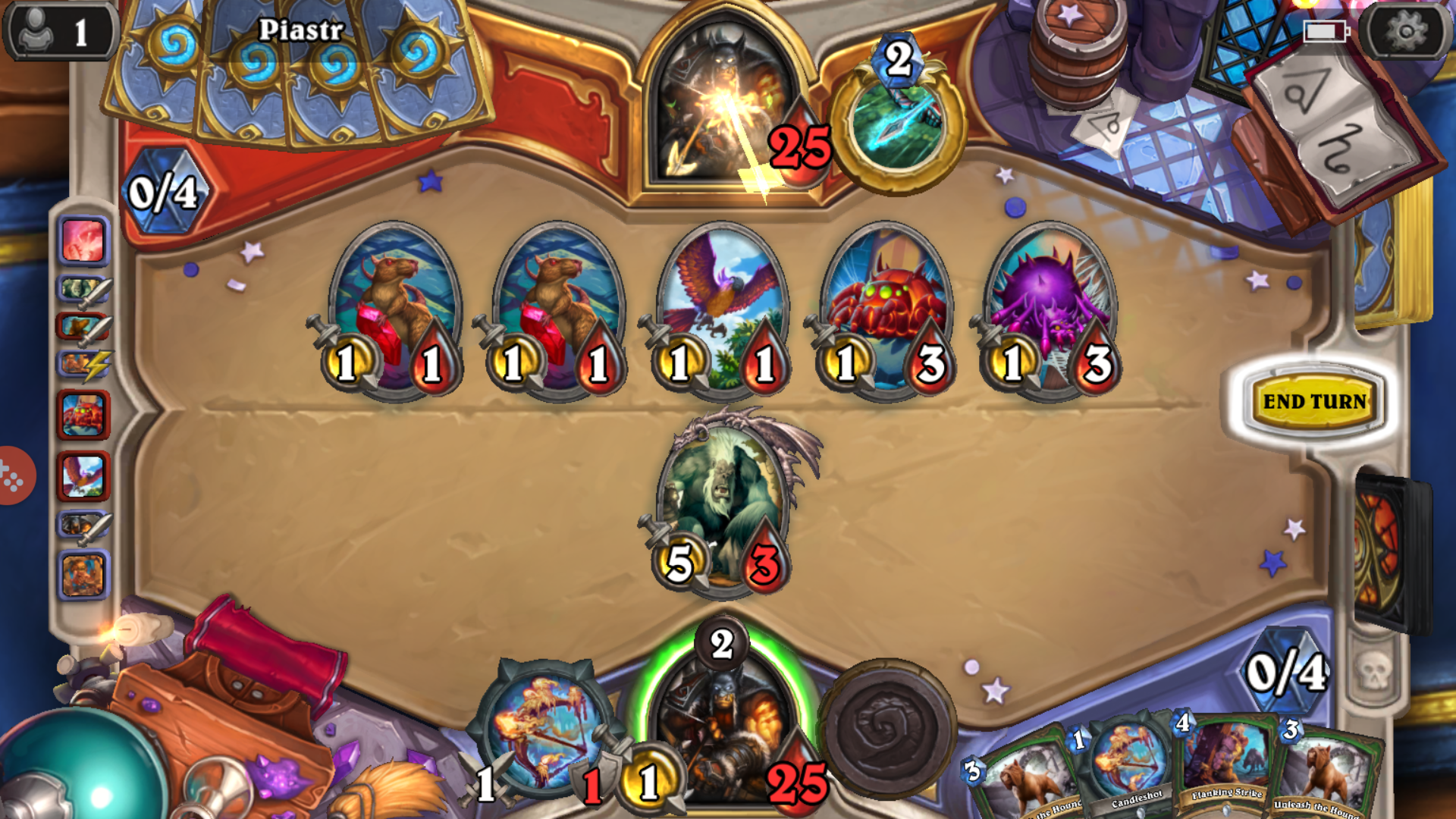 Eaglehorn Bow is a powerhouse in this deck because you're also running so many secrets. With luck, you'll get three or four blows out of it. Early, use them to clear enemy minions: don't worry about the face damage too much. Later, it's another tool in your finishing arsenal.

You can never be sure what To My Side will summon, but your opponent won't like it. Remember that with Huffer or Misha it's either a great offensive or defensive tool, so it's worth a risk if you need to pull either out of the hat.

Exploding Trap by itself is great for defending yourself against hordes of little minions. But it's often not enough by itself. 3-health and Divine Shield are not uncommon among cheap cards, and the Trap will leave them on the board.

For bigger threats you can use Freezing Trap but it needs to be timed carefully. There are a lot of Secrets in this deck, making it difficult for your opponent to predict what you might play. Use that confusion to your advantage.

In those situations it does, however, combine well with a more offensive card, Unleash the Hounds. You'll get a hound for every enemy, so they make mopping up a cinch. It's also a useful play against zoo decks in its own right, for the same reasons.

Your final defensive tool is Rexxar. He's not necessary and will rarely win games by himself, but he is very good for prolonging matches until you can grind out a victory. The board damage and armour will keep you safe for a turn or two, during which you can use his hero power to refill your hand.

Hearthstone's Tombs of Terror Chapter 4: The Halls of Origination is now live