Oddmar is another action platformer, this time based on vikings and Norse mythology. Judging by the trailer, there looks to be quite a variety in the gameplay, and the world, from the characters to the backgrounds, are lush and full of life. We quite liked Leo’s Fortune, so here’s hoping Oddmar is another polished project with lots to explore. The game boasts 24 levels replete with physics puzzles and some pretty dastardly platforming feats (think spiky pits, circular saws, the usual suspects) set amidst verdant forests, white-capped mountains, and spooky mines. All of it’s animated in a unique cartoon styles—a very nice touch, indeed. 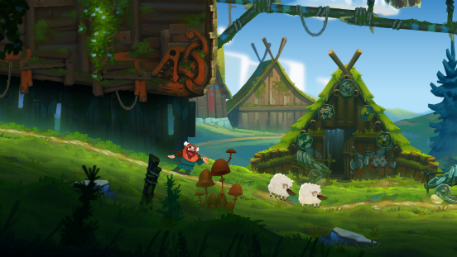 Oddmar is slated for release on iOS in the spring as a premium title. You’ll be able to nab it for a cool £4.99.

FortCraft hands-on - do we even need Fortnite mobile?