The creators of Lineage 2: Revolution are working on King of Fighters and Magic: The Gathering mobile games

They've got more than 8 big-name RPGs in the works

Netmarble, the minds behind Lineage 2: Revolution had a pretty good 2017, it turns out. Really good, in fact. The company brought in around $2.2 billion USD last year, largely helped by its flagship MMO Lineage 2: Revolution. Riding on that momentum, the publisher is hard at work on a huge string of original and licensed games, mainly of the role-playing variety, to pad out their portfolio. 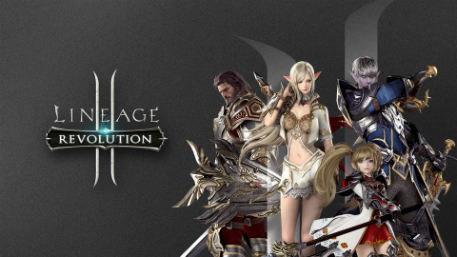 The company’s list of upcoming games is extensive - it's also the owner of Jam City, the studio behind Harry Potter: Hogwarts Mystery, which should be of special interest to folks still waiting on their letter of acceptance from Hogwarts. It’s a good time to be a Harry Potter fan in general, with the Pokemon GO-like Harry Potter: Wizards Unite arriving later this year as well. Netmarble also has a new Magic: The Gathering title in the works, currently dubbed Project M for now. So far we know the game’s a 3D animated, real-time multiplayer rendering of the beloved card game.

Outside of affairs of muggles and Magic, you can expect to see a King of Fighters All-Star action RPG; PhantomGate, an RPG inspired by Norse mythology, and Firstborn, a real-time strategy title for folks with tactical leanings.

Expect to see a multiplayer board game in the vein of Catan, and a realistic fishing game with VR and AR functionality titled Fishing Strike.

And last but not least, for all of you K-pop fans out there (I know you’re there!), Netmarble is putting out BTS World, in which you train and manage the hugely popular idol boy band BTS.

Netmarble also plans to keep updating Lineage 2: Revolution with new content, too. That’s a lot to keep track of, but we’ll keep you posted as we learn more about all of the games Netmarble has on deck.