Dissidia Final Fantasy Opera Omnia has had a pretty big first month. The mobile RPG/fighting game hybrid has reached one million total downloads worldwide since the game launched at the end of January, and Square Enix has its eyes set ever upward.

To celebrate this impressive accomplishment, fans of the game are being treated to 1,000 complimentary Gems to help them build out their teams and seek new adventure. The bonus will be available starting today and through March 14.

The festivities are prefaced by a slew of new updates that are sure to stir things up. The game’s story is now playable through Chapter 6, and players can now recruit Galuf of Final Fantasy V fame, our favorite blitzballer, Wakka, from Final Fantasy X, and Final Fantasy XI’s devilish, pint-sized Black Mage, Shantotto. 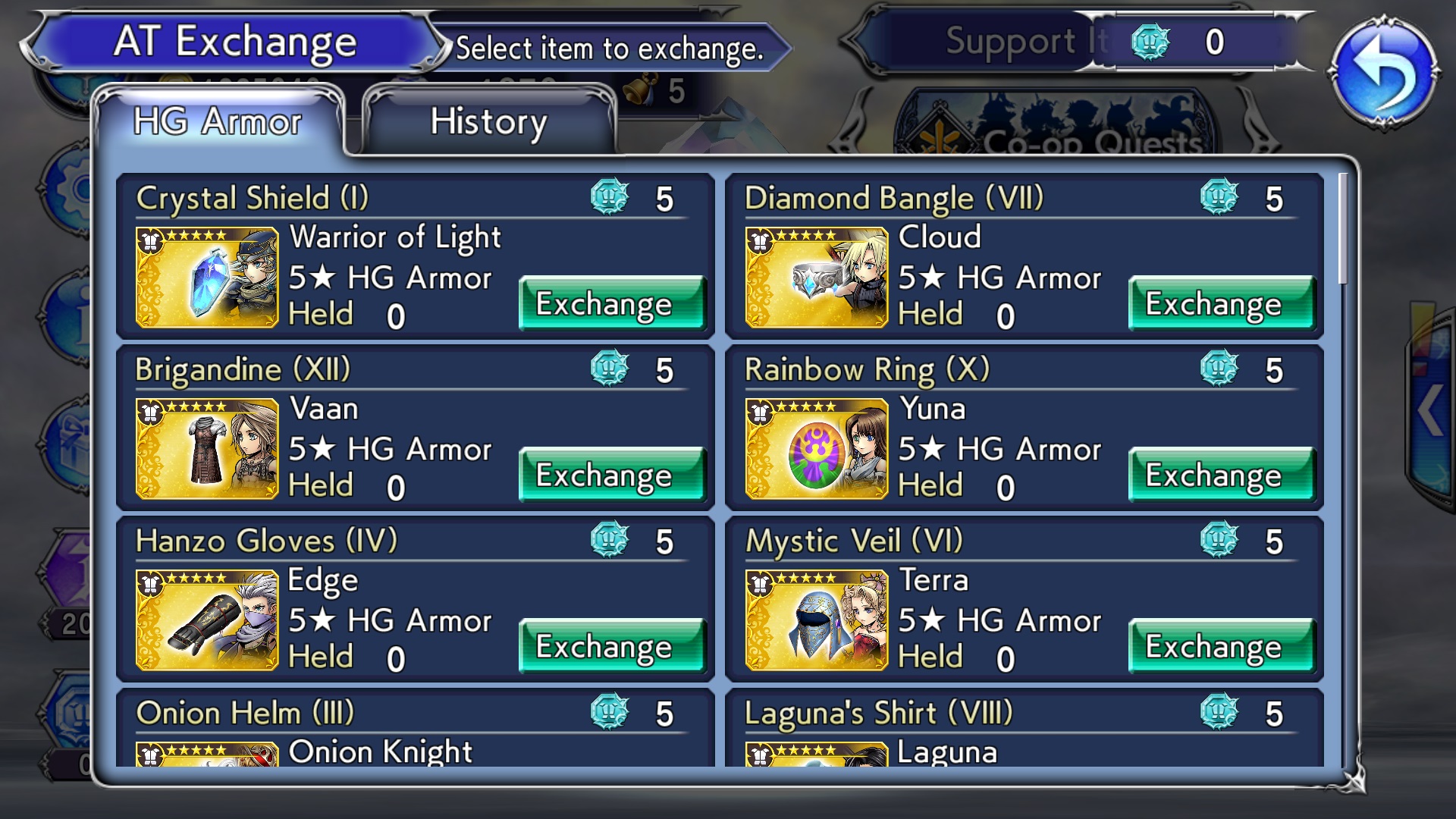 An Armor Token Exchange feature is also set for March 4, where players can obtain Armor Tokens from limited-time character events and exchange this currency for 5-star armor. The update’s also introducing a new Balthier Character Event, giving fans a chance to recruit the dapper sky pirate we all know and love from FInal Fantasy XII. Throughout the rest of March, players will be treated to a new limited-time dungeon titled “World of Illusions: Carbuncle’s Treasures”, as well as daily rewards and exclusive weekly drawings.

And if that’s not enough for you, we’ve got a real treat in store. We sat down to talk to Jin Fujiwara, Producer for Dissidia Final Fantasy Opera Omnia. We got all of the scoop on the game’s development and how Square Enix brought the beloved Dissidia franchise to mobile.

How did you ensure that Opera Omnia carries the spirit of Dissidia Final Fantasy games while fitting it for mobile devices?

Considering the mobile platform has a variety of devices and specs, we decided early on in the project to develop a turn-based battle system that enhances the RPG elements of FINAL FANTASY, rather than to recreate a similar action game experience that the DISSIDIA series is popular for. It especially did take time for us to figure out how to include the Bravery System that is unique to the DISSIDIA series and is key to our title, into a turn-based battle system. However, we were able to confirm with developers from the past DISSIDIA titles as we developed this game, so we were able to create an experience that fully inherits the spirit of DISSIDIA. 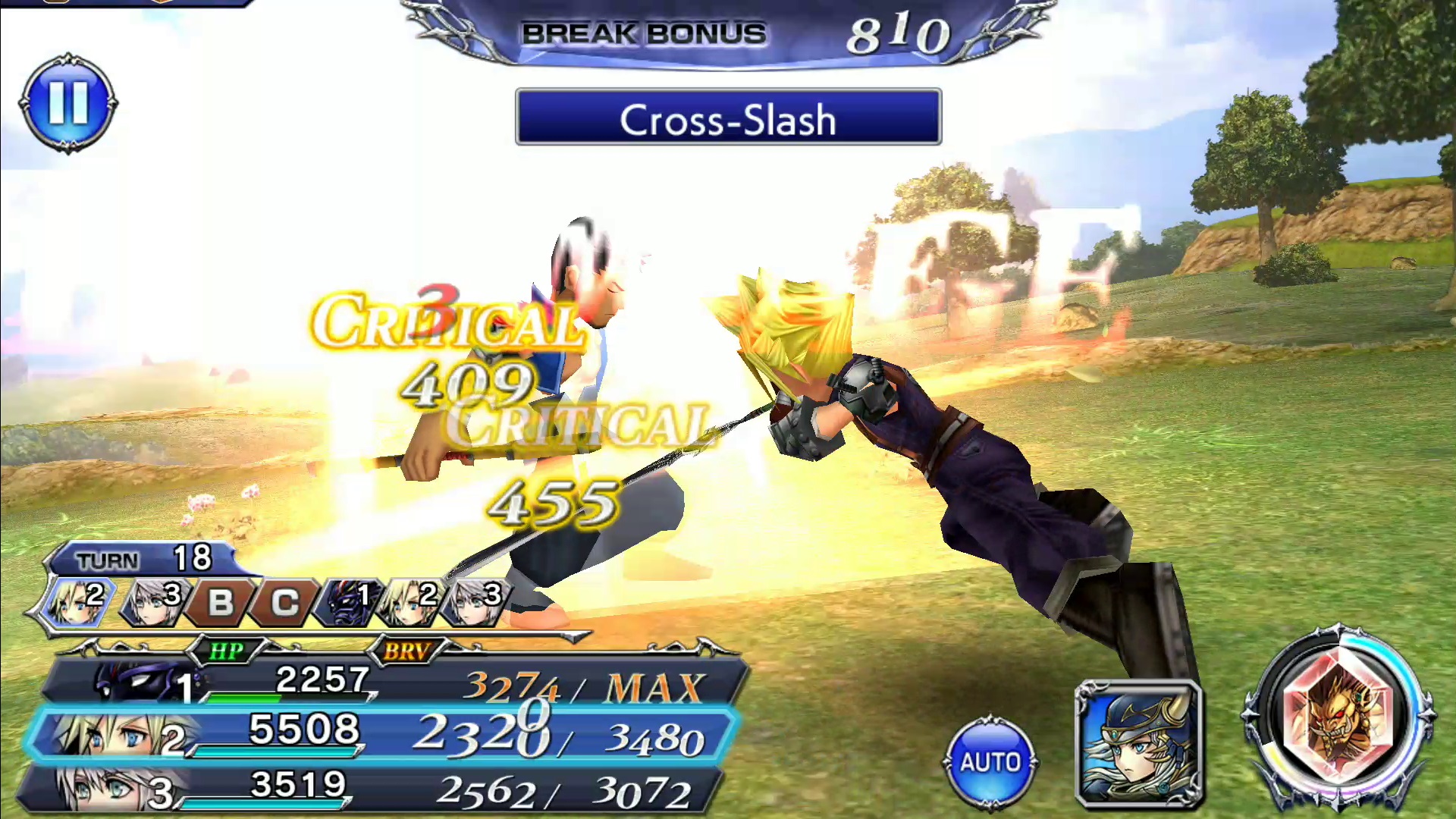 How does the shift to a turn-based battle system lend itself to the mobile platform? Can you tell us more about some of the unique strategic features in Opera Omnia?

As the game features a turn-based battle, you can play on your own leisure even if you are not able to take solid blocks of time to play, so I believe that the title now has great compatibility with the mobile platform. The Bravery System is unique to DISSIDIA, and features two types of attacks: HP (Hit Point) and BRV (Bravery) attacks. You deal damage to an enemy by using HP attacks, but the strength of these HP attacks are based off of a characters BRV (Bravery) points, which accumulate by attacking enemies with BRV attacks.

The CTB system (Conditional Turn-Based Battle system) that was also in FINAL FANTASY X is another component of OPERA OMNIA, and can add another layer of strategy for players. I think these elements work well together to create a very engaging and exciting battle system.

Opera Omnia and Dissidia Final Fantasy NT will be introducing 3vs3 battle to this series. Can you tell us more about that?

As Opera Omnia is launching alongside Dissidia Final Fantasy NT, could you tell us how the games might match up? Will there be any events or anything of that sort between the two games?

There is actually no connection between the two games’ stories. The only aspect that is the same is that both titles take place in a world that is commanded by two gods: Materia and Spiritus.

An interesting difference between the titles is that although many of the same characters are featured in both games, the point in each characters’ timeline from which they are summoned to the worlds of DISSIDIA is different, and results in a different story experience.

Given that there is this connection, I would like to look into the possibility of having a collaboration between the two titles in the future.

What match-off are you most excited to see in Opera Omnia?

I am most excited to see the different party compositions that each player makes and what they feel is the strongest combination. It’s not so much about seeing the standard groups of characters that are powerful in game, but seeing players utilize the characters that they like the most. The party setups that players use to clear the most difficult content is also something to look forward to.

We will continue to add more characters and content, as well as make improvements to the game, so I ask for your continued support!